Gyurcsány: Free and Strong Country Based on Individual Freedom 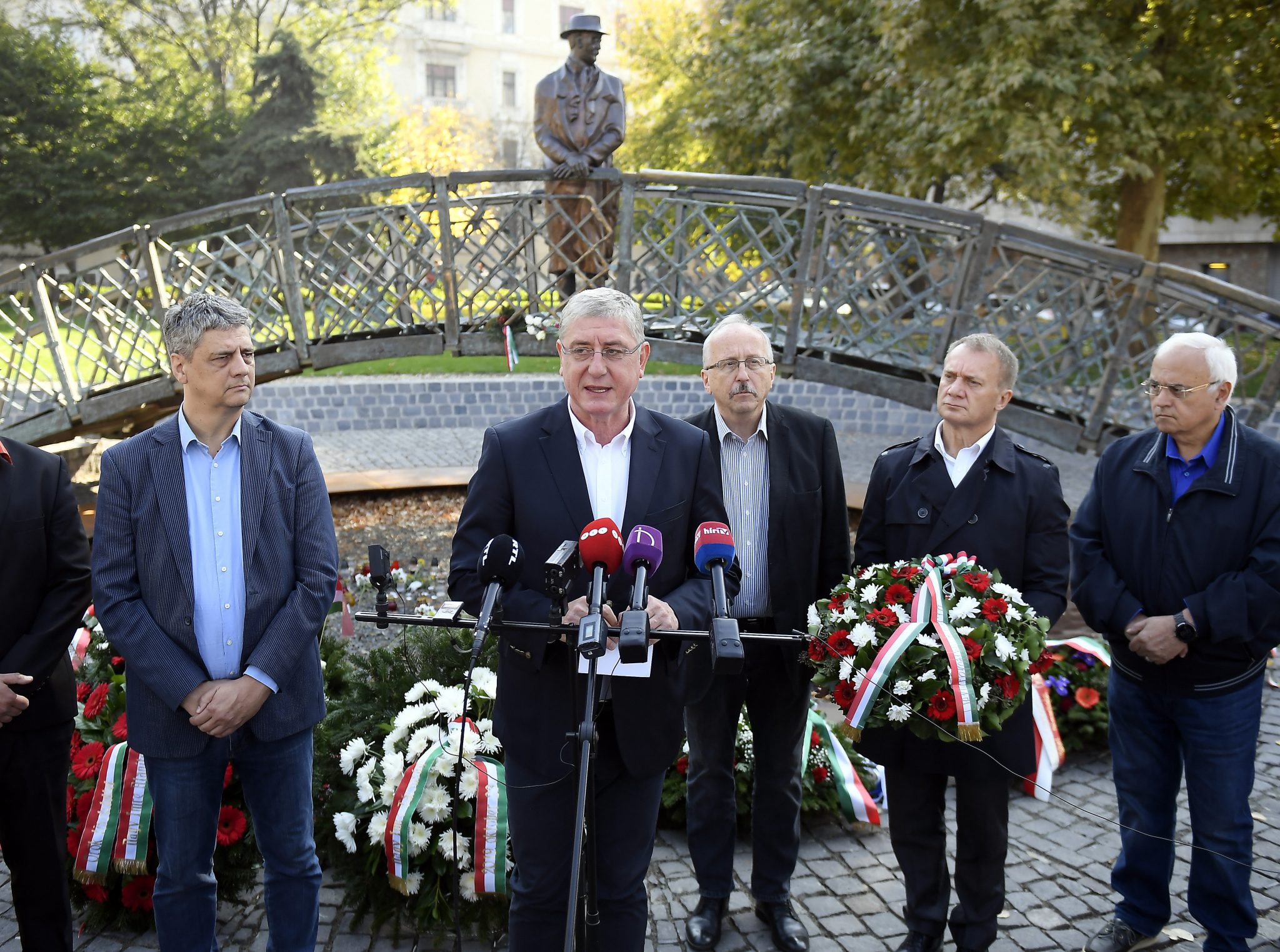 Speaking at his party’s commemoration at a monument to martyred 1956 Prime Minister Imre Nagy, Gyurcsány said that the opposition should be integrated by the ideals of a strong federation of European nations, as well as restoring the rule of law in Hungary.

The opposition should strive for a country in which “the independence and freedom of individuals is respected, and that freedom serves as a basis for a strong nation”, he said.

Referring to government members, Gyurcsány argued that “those stealing public funds are not politicians but criminals”. The opposition needs to promote “decent politicians that serve the voters”, he added.

Criticising the government for its foreign policy, Gyurcsány said that “those seeing eye to eye with Turkish President Erdogan and the genocide among the Kurdish people agree with Russia occupying Hungary and stifling its freedom”.

In the featured photo: DK President Ferenc Gyurcsány among other DK politicians with Imre Nagy’s statue in the background. Photo by Tamás Kovács /MTI