The Kúria, Hungary’s supreme court, on Tuesday upheld an earlier decision by the Debrecen appeals court under which Roma children earlier segregated at school in rural northern Hungary are entitled to compensation of a combined 100 million forints (EUR 285,000).

Under the decision, the school in Gyöngyöspata, the local municipality and the school authority are obliged to pay the sum to the families of 60 children, who had been unlawfully separated from non-Roma students at school and were given inferior education.

The defendants had appealed to the Kúria asking for permission to provide courses to the complainants rather than pay cash.

In its ruling, the Kúria said that “the only way to compensate for non-material damages is in a cash payment”. The Kúria also declined to reduce the compensation amount saying that the appeals court had defined the sum “through careful consideration, taking into account all circumstances and aspects of the current legal practice”.

The prime minister’s commissioner said that the ruling was “wrong and unfair”. László Horváth, who is ruling Fidesz’s MP for the Gyöngyöspata area, told MTI in a video message that the Kúria has “regrettably” rejected an option to compensate the segregated victims “in the form of education”.

He said the Kúria’s decision would “disrupt peace within society”. He insisted that the ruling was equal to “unilaterally punishing a whole community for a minority’s real or assumed grievances”. 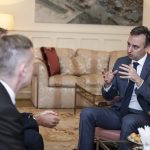 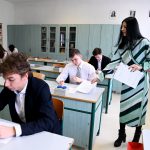