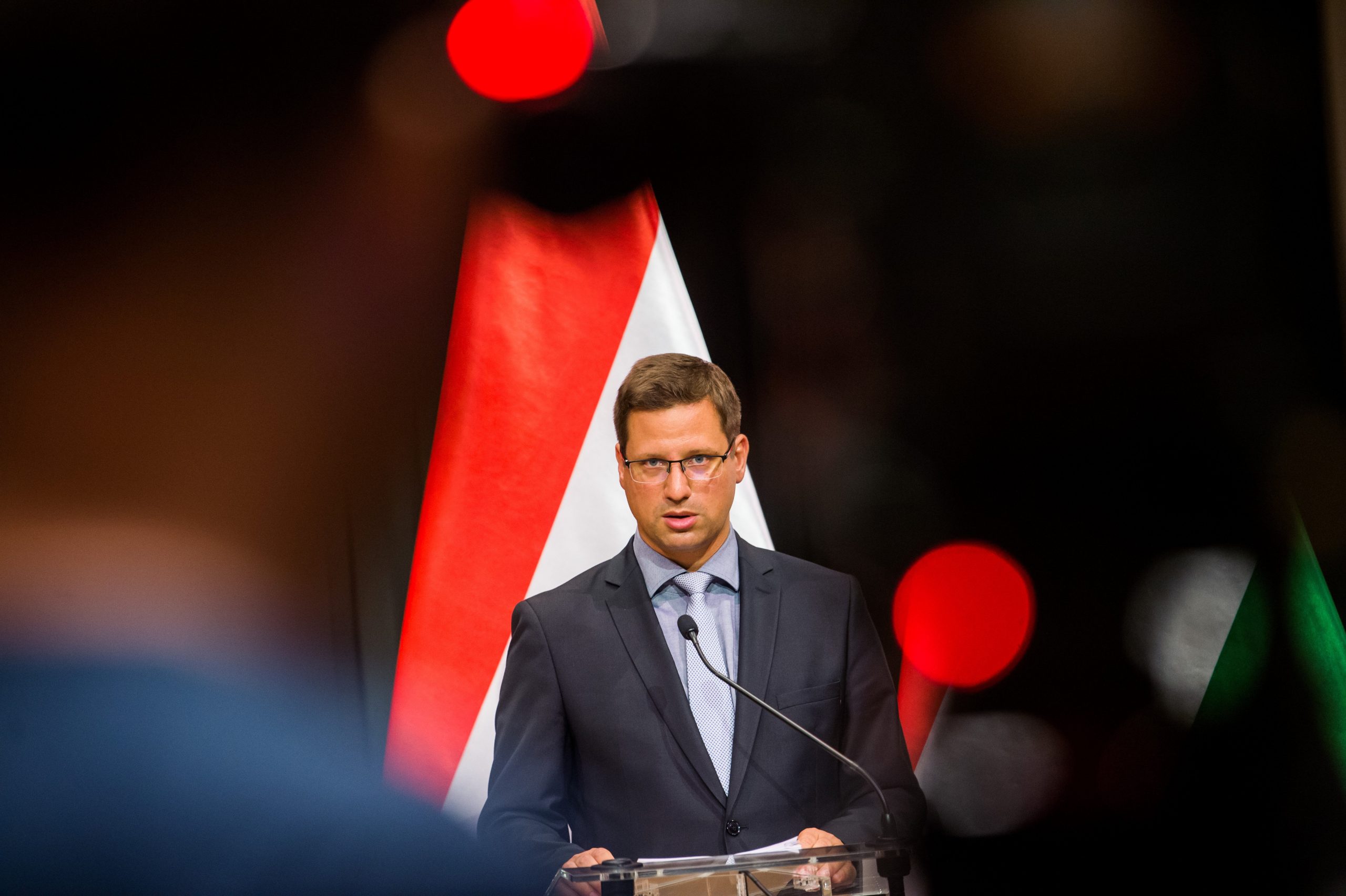 George Soros has called for financial sanctions against countries that refuse to take in migrants, the head of the Prime Minister’s Office said on Thursday.

Gergely Gulyás told a regular press briefing that Hungary “cannot accept any form of lecturing” from the American-Hungarian financier.

Hungary insists that it has the right to decide whom to live with and whom not to live with, Gulyás said.

“It has the right to decide whether to reject migration or not, and its citizens gave an unambiguous response in the referendum and the general election,”

he added. Gulyás said Hungary’s opposition had published a position “strikingly similar to Soros’s” on this issue. The opposition now sees a chance to “force migration on Hungary” with the help of Brussels after it failed in the elections. “Hungary will not give in to blackmail,” he said.

On the topic of the EU budget and recovery fund, Gulyás said Hungary could not approve them in their current form because the rule of law criteria that are conditions for receiving funding were unclear. He insisted that only those countries that allow immigration are regarded as upholding the rule of law.

Hungary was dedicated to the rule of law and considered freedom of speech, opinion, assembly and the press, as well as the independence of the judiciary, as important, he said.

Meeting these requirements is at least as much guaranteed in Hungary as in western Europe and much more than it used to be during left-wing governments when for instance in 2006, peaceful demonstrators were attacked and the EU’s reaction was that it was a domestic issue, he added.

Gulyás said that in principle Hungary disagreed with the idea of raising joint debt since if any one country went bankrupt, Hungary would also be liable. Even so, Hungary approved the package in the spirit of European solidarity, he said, adding that the fund had become a further means to “blackmail” Hungary to force it to change its migration policy.

In response to a question, Gulyás noted that Prime Minister Viktor Orbán had already vetoed the EU budget and recovery package. He said that in its current form, the chances of the recovery package being implemented were “zero”.

In the EU’s history spanning more than seven decades, never before has funding been linked to any interests other than financial protection, he said.

Gulyás called charges against the government of corruption “a lie”, adding that the Hungarian government would be prepared to back significantly stricter rules on how EU money is spent.

He said helping southern EU states was a priority. “The money could be handed to the southern states even tomorrow,” he said, adding that in this way Hungary would not be open to blackmail because of its immigration policy.

“If there’s a technical solution whereby payments are not linked to lax immigration, then we’d gladly be on board.”

Gulyás said the Hungarian economy was on a strong footing to see out the crisis. The deficit will be high due to the pandemic fallout but the public debt declined by 20 percent over ten years and there are now sufficient resources to take out credit, he added.

Asked about a statement by European People’s Party (EPP) President Donald Tusk and whether Fidesz may be expelled from the EPP, Gulyás cited a 2018 statement in which Tusk said making Poland’s EU funding conditional on the rule of law was risky and went in the wrong direction. If Tusk were consistent, Gulyás said, “then we know he’d be among the supporters of the current Hungarian position”.