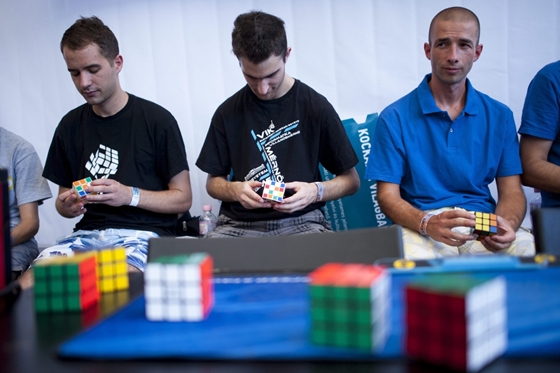 Hungarian innovator Ernő Rubik has published an article on the story of his legendary invention, the “Rubik’s Cube”, which has been dubbed the world’s most famous Hungarian product of all times, in the Tuesday edition of the British newspaper The Guardian.

Prof. Rubik recalls that he made the cube’s prototype using wood, rubber bands and paper clips in his mother’s flat. The invention rocketed to world fame after a salesman took it to the 1979 Nuremberg toy fair where it was seen my Tom Kremer, who is described as being the key to global distribution. He was stunned to see the cube becoming the world’s bestselling toy, 300 million of which had been sold by 1983.

In 2013, Rubik’s Brand Ltd. was founded to battle the many counterfeits and the enterprise is currently selling 10 million cubes each year. A new variant of the cube, called The Void, has been developed which looks like a Rubik’s Cube with a hole in the middle and is harder to solve.

The three-dimensional logical game was invented by Hungarian designer and university lecturer Ernő Rubik in 1974. It proceeded to win a number of international prizes and 350 million examples have been sold internationally.

The cube’s importance in pop culture is well demonstrated by its appearance in the opening scene of the British cult series This Is England in the company of other objects typical of the period:

It takes Mr. Rubik an average of one minute to solve the cube and he is stunned at the ability of today’s teenagers to follow suit in a matter of seconds. The current record for solving the puzzle is 5.25 seconds.