A groundbreaking ceremony was held for building a road between Hungary’s Kőszeg and Austria’s Rőtfalva (Rattersdorf) in an EU co-funded cross-border cooperation project, on Friday.

The 1.8-kilometre section will link Hungary’s road 87 and Austria’s road B61, bypassing Rattersdorf.

Addressing the event in Kőszeg, the Hungarian foreign ministry’s state secretary noted that five public roads had been built to connect Hungary and Austria over the past years.

Another five are planned to be constructed by 2021 with the current project being the first, Levente Magyar said.

He said that Hungary will build over the next two years two motorway sections to reach the Austrian border: one from Sopron and the other from Körmend via Rábafüzes.

The Kőszeg-Rattersdorf project costs net 1.5 billion forints (EUR 4.6m), 30 percent of which is funded by the EU under its Interreg V-A Austria-Hungary scheme. The rest of the funding will be contributed by the Hungarian state. Completion is expected in the summer of 2021. 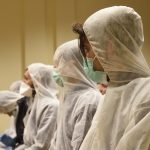