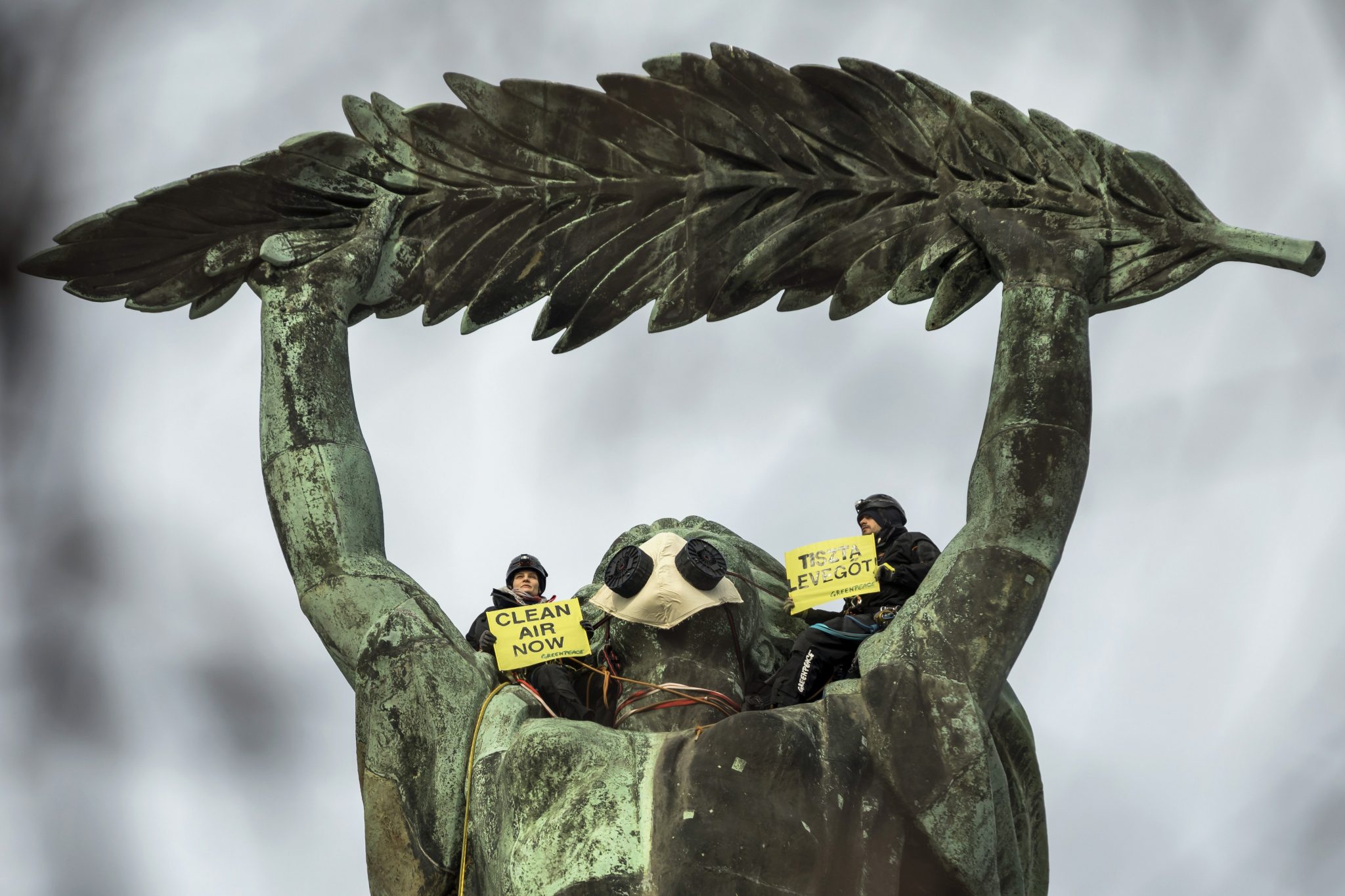 Greenpeace activists placed an 11-meter-long ’Clean Air!’ banner and an air pollution mask on the Liberty Statue this morning to draw attention to growing air pollution. The organization said in a statement that it is unacceptable that neither the Hungarian government nor the city administration is taking effective measures against the problem.

According to the organization’s announcement, some 13,000 Hungarians die each year due to air pollution. Hungary is among the most polluted countries in the EU, joined by Bulgaria in second.

Greenpeace Hungary launched a petition addressed to the capital’s management to protect public health. The aim of the initiative is to gradually eliminate the diesel and other pollutants released by vehicles in Budapest by September 1, 2026. To promote the spread and development of sustainable transport in the capital, diesel-powered public transport buses and other vehicles will eventually be withdrawn from traffic.

As we have previously reported, around 8,000-10,000 people die in Hungary each year of diseases linked to air pollution, according to research conducted by the National Public Health Centre (NNK). High particulate matter concentrations may cause health problems and affect the human respiratory, cardiovascular, neurological and immune systems, resulting in premature mortality.