Although unsuitability is Fidesz-KDNP’s main campaign message ahead of the upcoming municipal elections regarding the candidates, in the name of “don’t change a winning formula,” the governing alliance hasn’t forgotten about migration and its harsh criticism – they have only slightly watered it down, and still eagerly use it against the opposition.

Over the last five years, migration has become a focus point of the governing alliance’s campaigns, as a no. 1. receipt of success in past elections. Although Hungary is no longer in the center of the (declining) migration crisis, the issue still plays an important role in accusing and defaming the opposition.

Migration and its alleged support come up in connection with the Budapest mayoral election, where the toughest battle is expected. Csaba Dömötör, a state secretary at the PM’s Office, in connection with a meeting between joint opposition candidate Gergely Karácsony and European Socialist strongman Frans Timmermans, accused the latter and his associates of “teaming up with left-wing mayors to promote pro-migration plans. According to him, “Hungarians clearly reject immigration and they would again have a chance to confirm this position” at the elections.

Likewise, Fidesz founder and MEP Tamás Deutsch said the same, and claimed that the aforementioned meeting “served to prepare a pro-migration deal that would give way to hundreds or thousands of migrants to be moved to Budapest.” He hasn’t forgotten about George Soros too, and claimed that “Timmermans holds regular meetings with Soros” and is “a supporter of the ‘Soros plan.”

Opposition-led cities or opposition candidates are also often targeted. Viktor Orbán himself accused Socialist Szeged mayor László Botka of wanting to settle migrants in Hungary’s third-largest town. “We are just waiting for the Szeged people, we don’t understand why they want to stay out of development and why they want to become a migrant city,” said Orbán, among other things.

In Salgótarján, Fidesz’s mayoral candidate made a parallel between the opposition mayor’s Brussels trip, a meeting with opposition leaders there, and the building of drinking fountains in the town. He raised the question whether the incumbent mayor has built the drinking fountains to accommodate migrants.

The Parliamentary State Secretary and Deputy Minister of the Ministry of Defence, Szilárd Németh, connected his role with the local elections, arguing that “we need mayors and representatives who defend their municipality and in order to do that they should be able to cooperate with the Hungarian Defence Forces (…). [Fidesz candidate] István Tarlós is a guarantee of security, as he won’t risk turning Budapest into an “immigrant city, an immigrant capital.”

Fidesz’ official Facebook page also visibly aims to keep migration and a combative tone on the agenda. On Tuesday, similar to earlier messages, they posted:

(“Hungary won’t be an Immigrant country,” “Stand up for Hungary this Sunday,” and “Opposition mayors and candidates would settle migrants in the country. We can prevent this at Sunday’s elections. Vote for Fidesz’ candidates!”).

In contrast, the opposition has instead completely put this question off the agenda and is trying to depict the Sunday elections as a vote concerning Orbán and his government as a whole. 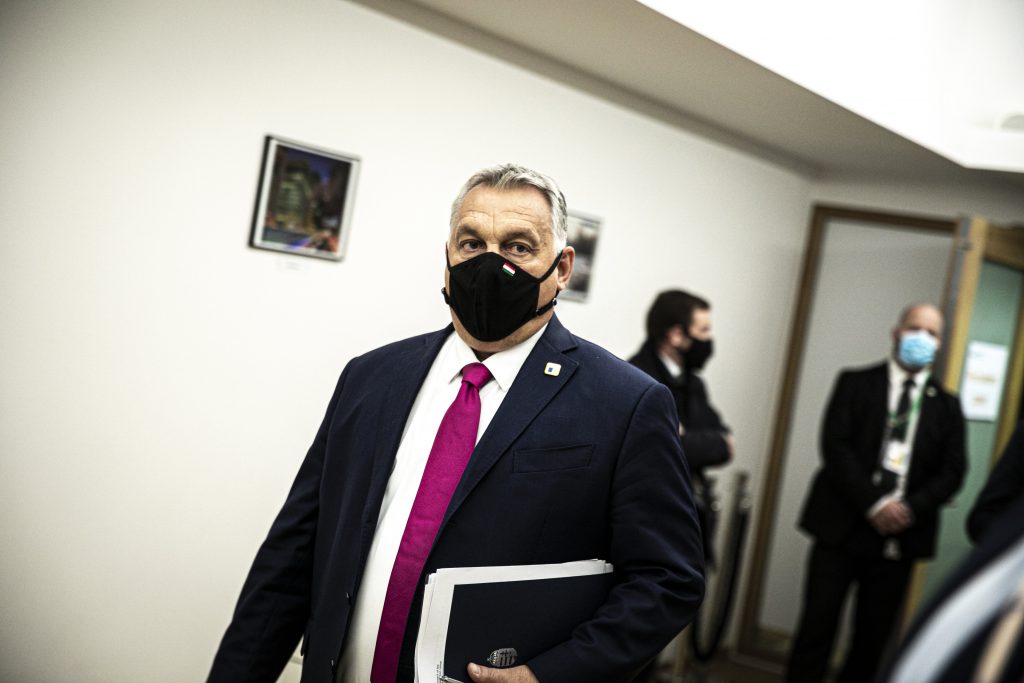 Pro-government columnists in unison welcome the Fidesz decision to quit the EPP Parliamentary group. Left-wing commentators, on the other hand, predict that Fidesz will lose much of its influence in the EU. Hungarian press roundup by budapost.eu Background information: on Wednesday, Prime Minister Orbán announced that Fidesz MEPs would leave the European People’s Party’s Parliamentary group, […]
Hungary Today 2021.03.05.

Prime Minister Viktor Orbán, in a “samizdat” letter published on his website on Thursday, slammed the European People’s Party for “indulging itself in power games” while the rest of Europe fights “a life-and-death battle” against the coronavirus pandemic. “While we here in Hungary — and other leaders in their own countries — are literally fighting […]
MTI-Hungary Today 2021.03.04.