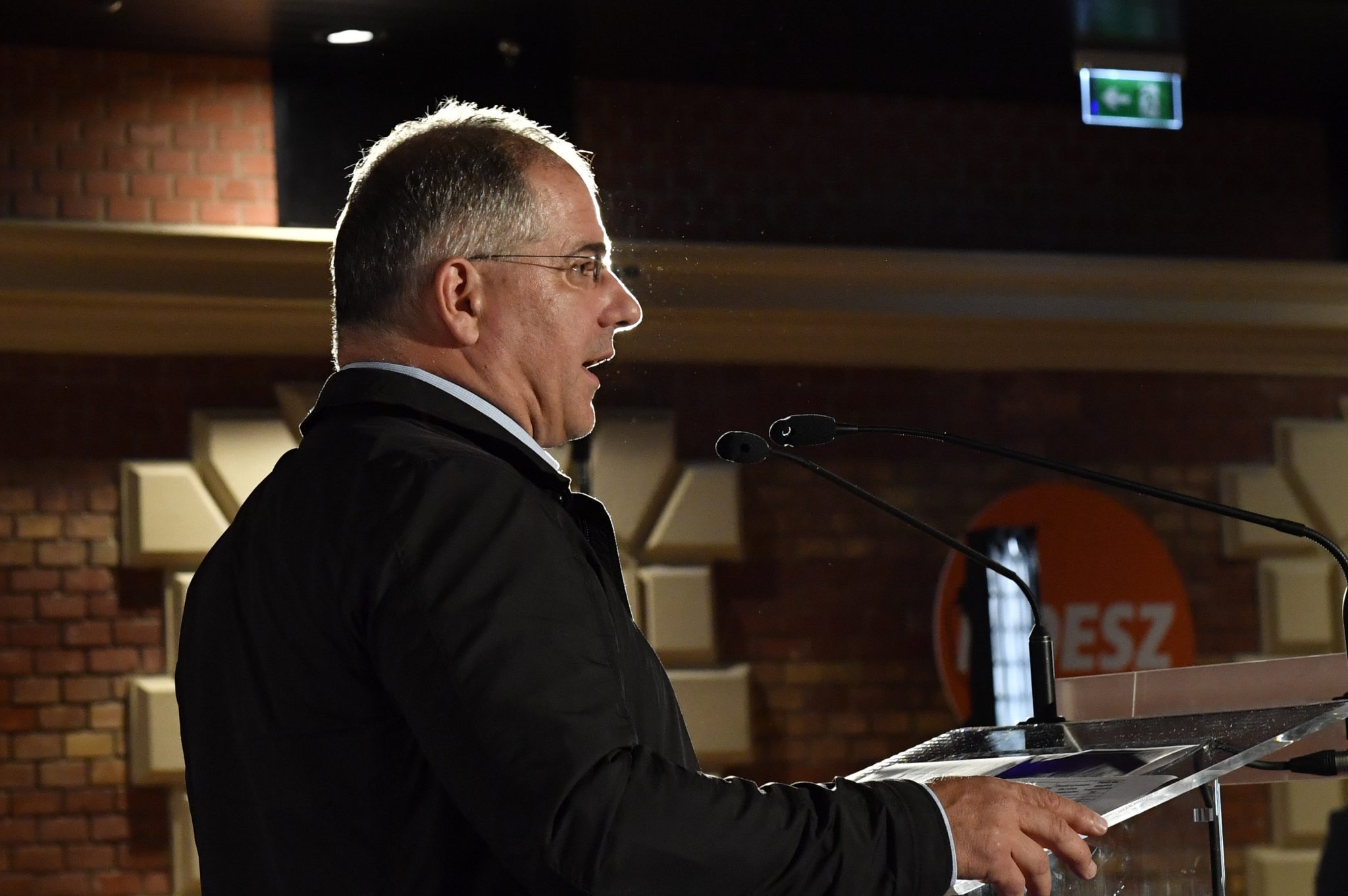 Lajos Kósa, Fidesz’s campaign manager for the local elections, was a guest at M1 on Monday morning, commenting on the outcome of Sunday’s vote. The deputy head of the party said among other things, that the government wants all municipalities to further develop, irrespective of whether they will be governed by the allied ruling Fidesz-Christian Democratic parties or the opposition, and that the Budapest mayoral election was decided by foreigners living in Budapest.

Kósa told the state news channel that on the October 13th local elections, a total of 1.8 million people voted for Fidesz-KDNP across the country, while 1.36 million supported the opposition. According to the campaign manager, it “gives the ruling alliance a comfortable majority,” and they would happily accept the same result in any general election.

Fidesz’s deputy leader pointed out that his party had modified the Hungarian electoral system so that parliamentary and municipal elections would be better separated and not held in the same year. Nevertheless, this would not necessarily benefit the governing parties, as the political climate always changes in the middle of the cycle and there is a wave of unpopularity.

Kósa added that during the local elections, “it has also become evident that Hungary is a democracy,” while speaking to public Kossuth radio. Kósa said Fidesz has won cities where they earlier thought that the victory is impossible, however, at the same time the party has lost several districts they held before. Kósa emphasized that the government supports the further development of all municipalities, irrespective of whether they will be governed by the allied ruling Fidesz-Christian Democratic parties or the opposition.

Commenting on future cooperation with opposition Gergely Karácsony, who has newly been elected mayor of Budapest, Kósa said Fidesz was looking forward to seeing his program. He said, in his campaign, Karácsony had pledged to establish new hospitals and a “climate-forest,” that is, issues which are not in the competence of the Budapest municipality, however, failed to address such key issues as a congestion fee, managing the city’s operations, or waste disposal.

Kósa also talked to M1 in detail about how he thinks the Budapest mayoral election was decided by foreigners living in Budapest. As he put it, there are 90,000 European citizens living in Budapest with an address in the capital, who were able to register and vote. Kósa said they are “less susceptible to national politics, partly because they are not Hungarians and partly because they do not understand it,” adding that Gergely Karácsony and his team had a whole separate campaign focusing on these citizens.

According to the Fidesz campaign manager, those 90,000 votes by foreign citizens decided the mayor, as the difference between Tarlós and Karácsony was 50,000. He added that these voters were not measured by the polls, as due to the lack of English questionnaires they fell out of focus of Hungarian pollsters.