Govt Spox: Hungary to Answer in Kind to Political Attacks 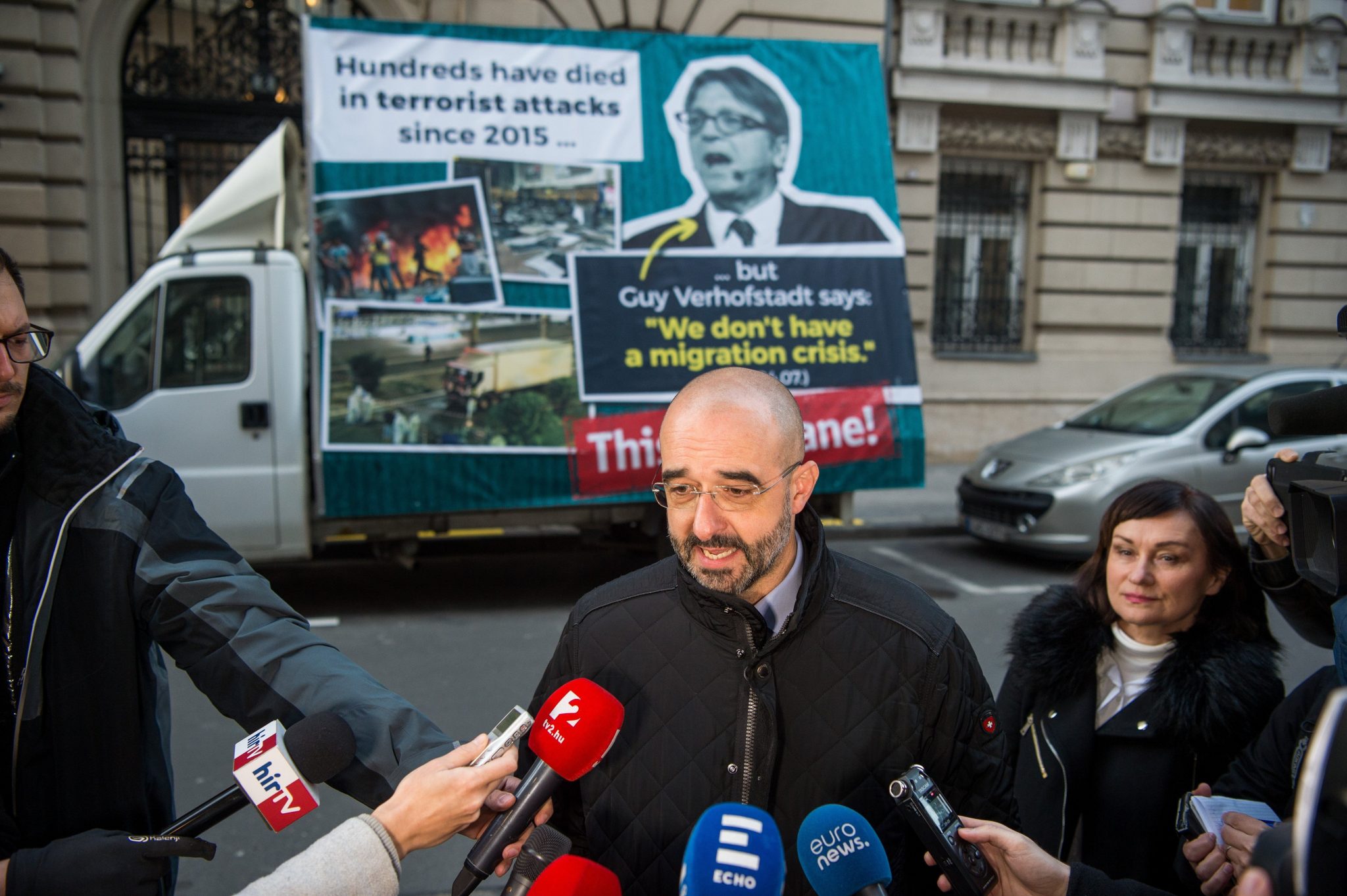 Hungary will answer in kind to political attacks, Government Spokesman Zoltán Kovács said on Wednesday, presenting to the press a mobile billboard saying “Hundreds have died in terrorist attacks since 2015 … but Guy Verhofstadt says: ‘we don’t have a migration crisis’. This is insane!”.

The billboard is a reaction to a mobile billboard campaign set to circulate around Brussels showing Hungarian Prime Minister Viktor Orbán with the legend, “first he took our money, now he wants to destroy Europe”.

The Hungarian billboard, which is mounted on a small truck, will be visible around Hungary and later in Brussels, Kovács said.

The truck is an “unequivocal message of our thoughts on migration and liberal migration policy.”

In the past few years, Hungarians have expressed clearly that they would not let Hungary become an immigration country at national consultation surveys, referendums and the general election, the spokesman said.