In an interview with pro-government daily Magyar Nemzet, Zoltán Maruzsa revealed several important details about the soon-to-be established school security guard service. According to the state secretary, police experience or training won’t be necessary, the applicants will only receive a few weeks of training with courses in law enforcement, pedagogical, and psychological training before taking a final exam.

According to Zoltán Maruzsa, setting up the school guard service is a serious but necessary step in order to protect teachers.

The Secretary of State for Education also said police training would not be mandatory for school guards. Although former police officers, such as early retirees are primarily expected, any other civilian with a secondary education may apply.

The training courses will be organized before the start of the September school semester, most likely in August. The courses will be a few weeks long and prospective school guards will receive law enforcement, pedagogical, and psychological training before taking a final exam.

Details of the training will be determined by decrees after the adoption of the applicable law. As school guards do not perform specific teaching or educational work, having prior pedagogical experience is not mandatory, but those more qualified obviously enjoy an advantage, the state secretary told the paper.

Legally, school guards will be part of law enforcement, as they will be employed by the police, but their services will be carried out only in designated schools.

School guards can only intervene if an incident takes place on school grounds, not just in case a student attacks a teacher, but also if students attack each other, or a violent parent acts aggressively against a student or teacher. If necessary, the school guard can use handcuffs, tear gas, and a baton, but the state secretary emphasized that only in situations where it is absolutely necessary.

Maruzsa admits that the introduction of a school security guard service cannot stand alone- it must be part of a complete package of measures. According to the state secretary, it will not be mandatory either:

“It is certain that in places where the school does not ask, no guards will be placed against the will of the school and its faculty,” said Maruzsa, adding that it would not be the school district but the specific school with the right to decide, although he thinks teachers are generally happy for the initiative intended to protect them.

“It is important that teachers qualify as people under special protection and not to be left without means to handle such situations against juvenile offenders aged 12-13. Many times such conflicts occur in the last two grades of primary school. It is therefore necessary to lower the age of criminal responsibility,” the politician argued, adding that it is very humiliating when a teacher is powerless against a student.

The payment of family allowance will also be suspended for one year in the case of a student who is convicted of school violence, which will, according to Maruzsa, be an incentive for good behavior as well. 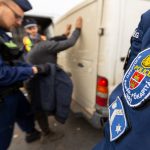