One of the most prominent political issues of 2021 is undoubtedly the subject of coronavirus vaccines in Hungary.  The opposition has strongly criticized the government from the start for trying to acquire vaccines from Eastern countries, with some going as far to say that using vaccines not authorized by the EU is a “human experiment.” Meanwhile, the government has launched a massive and still ongoing communication campaign “against the anti-vaccination Left.” But the debate has taken an unexpected turn in recent days, as the opposition parties are now accusing the government of being against vaccination after the government published a table with the intention of proving that Sputnik V and Sinopharm are superior to Pfizer-BioNTech’s vaccine.

“The opposition parties discourage others to get vaccinated because they hope to gain from it politically,” Viktor Orbán said in an interview a few weeks ago.

If that were to succeed, fewer people would be vaccinated, more people would die, and the increased distress would weaken the government. The Left thinks in this way because it sees it as a route back to power”

the prime minister said in response to opposition concerns towards the Eastern vaccines.

From the very beginning of the coronavirus pandemic, the Orbán government has stated that the only solution was vaccination. However, due to the slow licensing and rollout in the EU, they decided to acquire vaccines from Eastern countries as well, a decision that was met with doubt. At that point, Hungary was the only country that turned to Eastern vaccines.

Sputnik V in the spotlight

Sputnik V was the first vaccine to be at the center of the political battles after foreign minister, Péter Szijjártó, announced last November that Hungary would be the first country to receive Russian vaccine samples.

Opposition Democratic Coalition spokesman, Balázs Barkóczi, immediately called on the government not to conduct “human experiments on Hungarians,” and “not to turn Hungary into a laboratory for Putin’s Russia.”

Similar to DK, Jobbik MP László György Lukács, also emphasized that Hungary is not a laboratory for the Russians, and the government shouldn’t put Hungarians at risk.

Independent MP Ákos Hadházy also stated that he would not accept the Russian vaccine even if it were approved by the Hungarian authorities.

Despite the initial reactions, however, the resistance towards the Russian vaccine died down relatively quickly after news emerged about several EU countries that had taken interest in it.

Following the Sputnik V, the Chinese Sinopharm Vaccine has created an even greater political firestorm between the government’s representatives and the opposition- one that has not ceased completely to this day.

Prime Minister Viktor Orbán in a January radio interview, said that it would be possible to get “our old lives back” long before the summer if the Chinese vaccine were approved. He urged the health authority to confirm that there are no problems with Sinopharm so it can be used to save lives.

Every day 100-110 people are dying. So I’m asking the authorities to proceed with caution, but as quickly as possible, and to tell us “A” or “B,” because here we have more than a million Chinese vaccines that we could make available to people tomorrow morning – or perhaps I’m exaggerating, so within a few days. What we lack at the moment is the paperwork from the authorities.”

After the Prime Minister’s interview, opposition parties lashed out.

The very next day, DK started an online petition to halt the administration of the Sinopharm vaccine until it was approved by the European Medicines Agency (EMA). (The DK petition has since been shrouded in obscurity. The initiative’s website is no longer functional and nobody from the party has revealed how many people have signed it.) 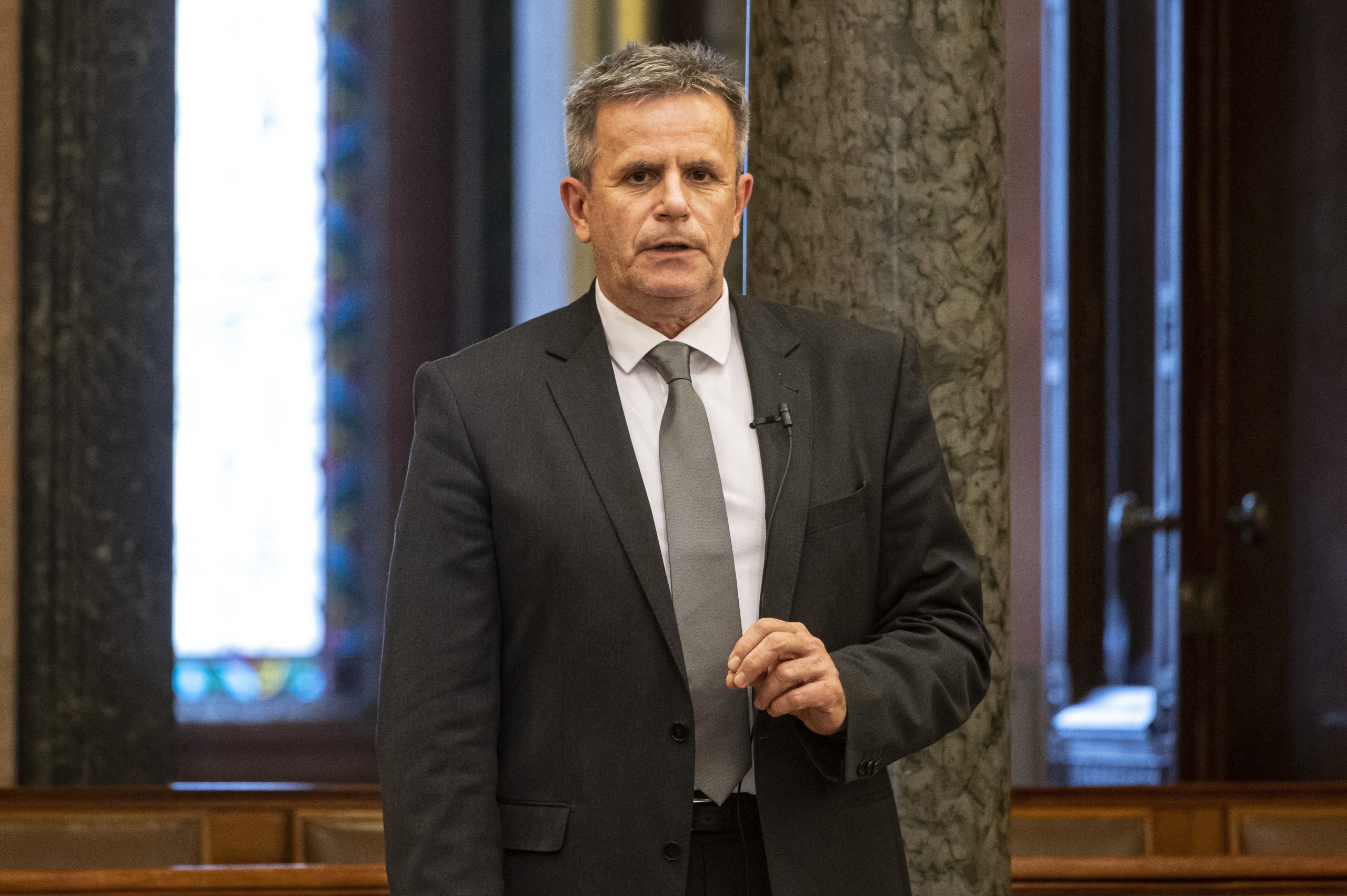 The opposition Democratic Coalition (DK) is launching a petition against allowing inoculation in Hungary with a Chinese Covid-19 vaccine that has not been approved by the European Medicines Agency (EMA), the spokesman for the party’s parliamentary group said at an online press conference on Saturday. The government has “apparently decided” on mass inoculation in Hungary […]Continue reading

At the end of January, the Orbán government also decided to green-light the use of all coronavirus vaccines that have been used to inoculate over one million people worldwide and were accredited for emergency use elsewhere. The amendment of the relevant rules thus enabled the Sinopharm vaccine to be used even though previously its authorization process was stalled as its documentation did not arrive to the relevant authorities. In addition, the legislation allowed the foreign minister to authorize the use of vaccines. (However, the health authorities’ investigation revealed that the Eastern vaccines are safe and effective, so the professionals agreed to also use these in the fight against the pandemic).

In reaction to the simplified licensing of vaccines produced abroad, DK accused the government of “trying to force the Chinese vaccine on Hungarians by decree, which is not authorized anywhere in the EU.” 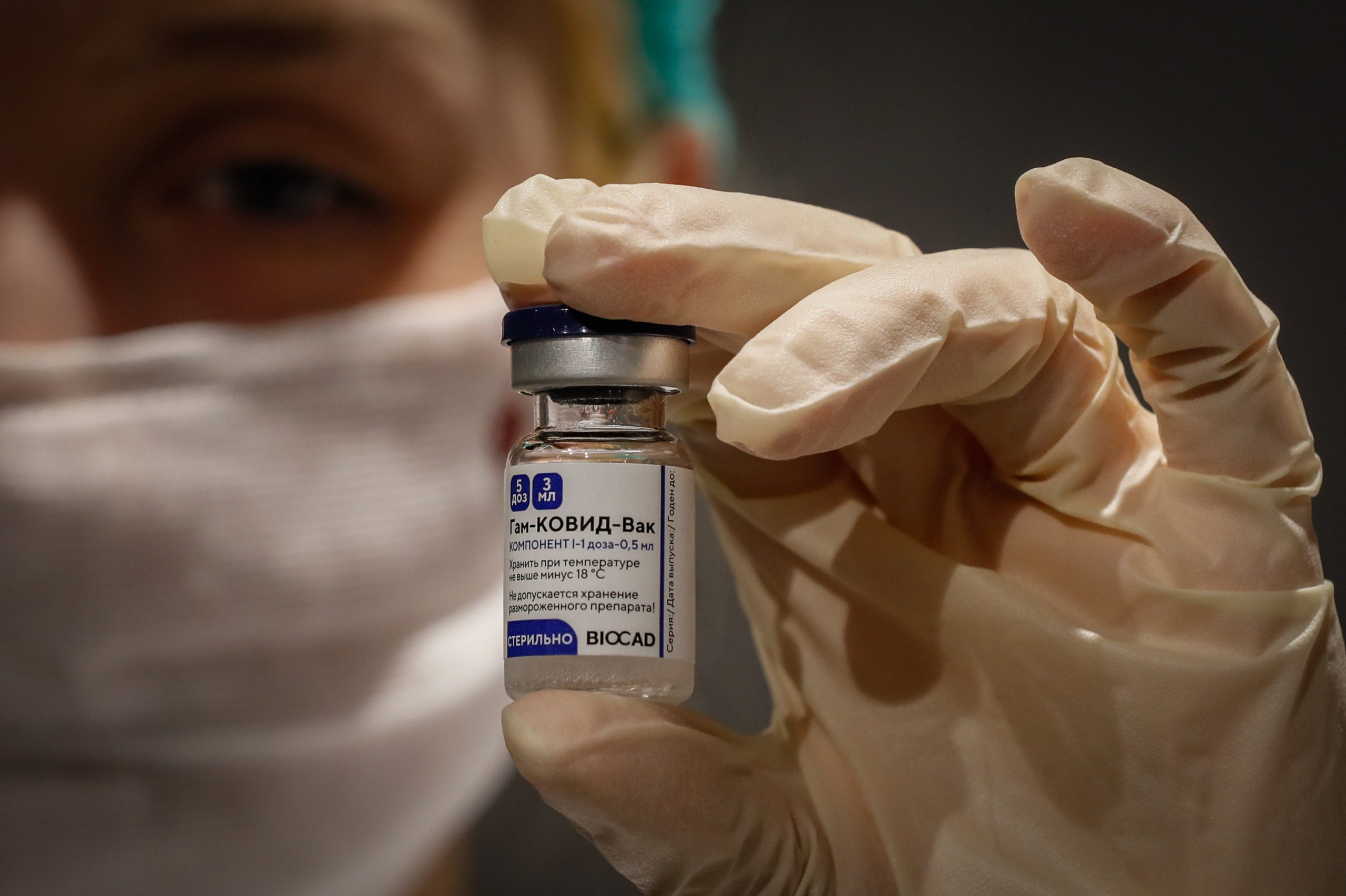 DK parliamentary group spokesman, Zoltán Varga, pointed out that the government wants to mass vaccinate with “untested, unlicensed, unchecked,” Chinese vaccines of uncertain efficacy, with unknown content and function, which is dangerous and irresponsible.

According to LMP, PM Orbán has put a lot of pressure on the authorities to approve Russian and Chinese vaccines, but in order for everyone to be able to be safely vaccinated, there must be adequate vaccines and public trust.

András Fekete-Győr, the president of Momentum, said that the problem is not that a vaccine is made in China or Russia, but that these vaccines are made in a much less transparent way than in the West, and have not even been approved by the relevant European authorities. He also noted that if government officials really trust the Chinese vaccine, they should vaccinate themselves with it first.

In recent months, the opposition has tabled several parliamentary resolutions calling for a committee of inquiry into the procurement and effectiveness of Eastern vaccines. The government has repeatedly demanded that these proposals be withdrawn by the opposition, as they would only prevent people from being vaccinated as quickly as possible. They did this while the Fidesz majority of the Parliament’s Justice Committee had already rejected the inclusion of these resolutions.

From the beginning, the opposition has rejected the government’s accusations of being against the vaccines, saying they are only criticizing the unreliable and non-transparent Eastern vaccines.

In February, Ferenc Gyurcsány denied in parliament that the opposition was anti-vaxxer. He said that recommending vaccination only with a vaccine approved by the European Medicines Agency “should be considered as a precaution. It’s not worth making it into a political issue,” he said, adding that it was unfair for the government to accuse the opposition of being anti-vaccination because of such caution. 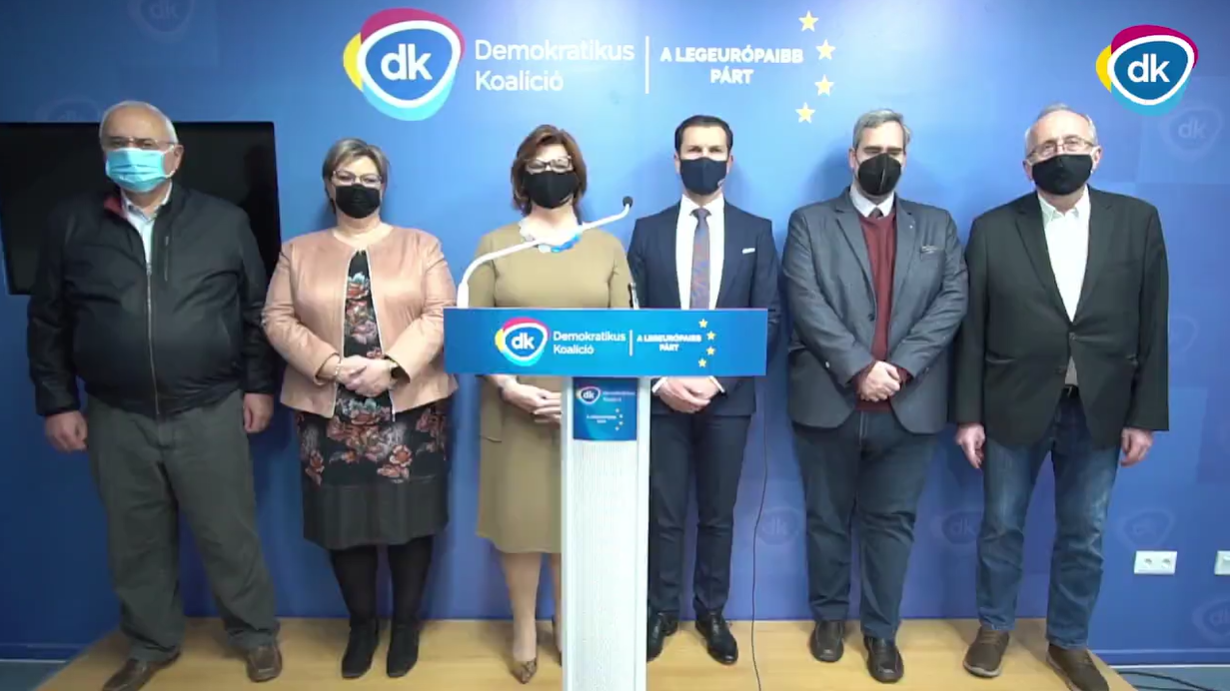 The mayors of five districts of Budapest have turned to the minister of human resources with the demand that only vaccines approved by the European Medicines Agency (EMA) be used in their districts. At an online briefing on Sunday, Erzsébet Gy. Németh of the opposition Democratic Coalition (DK) stressed the importance of vaccinations, adding that […]Continue reading

Indeed, in recent weeks, the opposition has talked much more about the importance of vaccination than about the uncertainties surrounding Eastern vaccines.

This did not bother ruling Fidesz enough not to launch a huge campaign against the opposition parties, which they accuse of attempting to discourage the public from being vaccinated.

In response to this, a few days later the opposition parties even published a joint video promoting vaccination, stating that contrary to the government’s communication campaign they are all pro-vaccination. They also asked everyone to get vaccinated, without noting any difference between the efficacy or reliability of vaccines.

But the governing parties continued their campaign, accusing the opposition parties of being responsible for people’s deaths, who, according to Fidesz, could have been saved with inoculation but believed the “anti-vaccination Left” and rejected the vaccine offered to them.

Meanwhile, the government has been insinuating that Eastern vaccines are better than the Western ones. To prove this claim, they published a controversial and incomplete table that breaks down the number of infections and deaths after secondary inoculations with the vaccines currently in use in Hungary. According to the government, “more people get sick after vaccination with the Pfizer-BioNtech vaccine, and two times as many people die than those vaccinated with Sinopharm.”

This triggered a response from the opposition, which, while strengthening its pro-vaccine image, decided yesterday to also launch a counter-attack and try to turn its own communication weapon against the ruling parties. 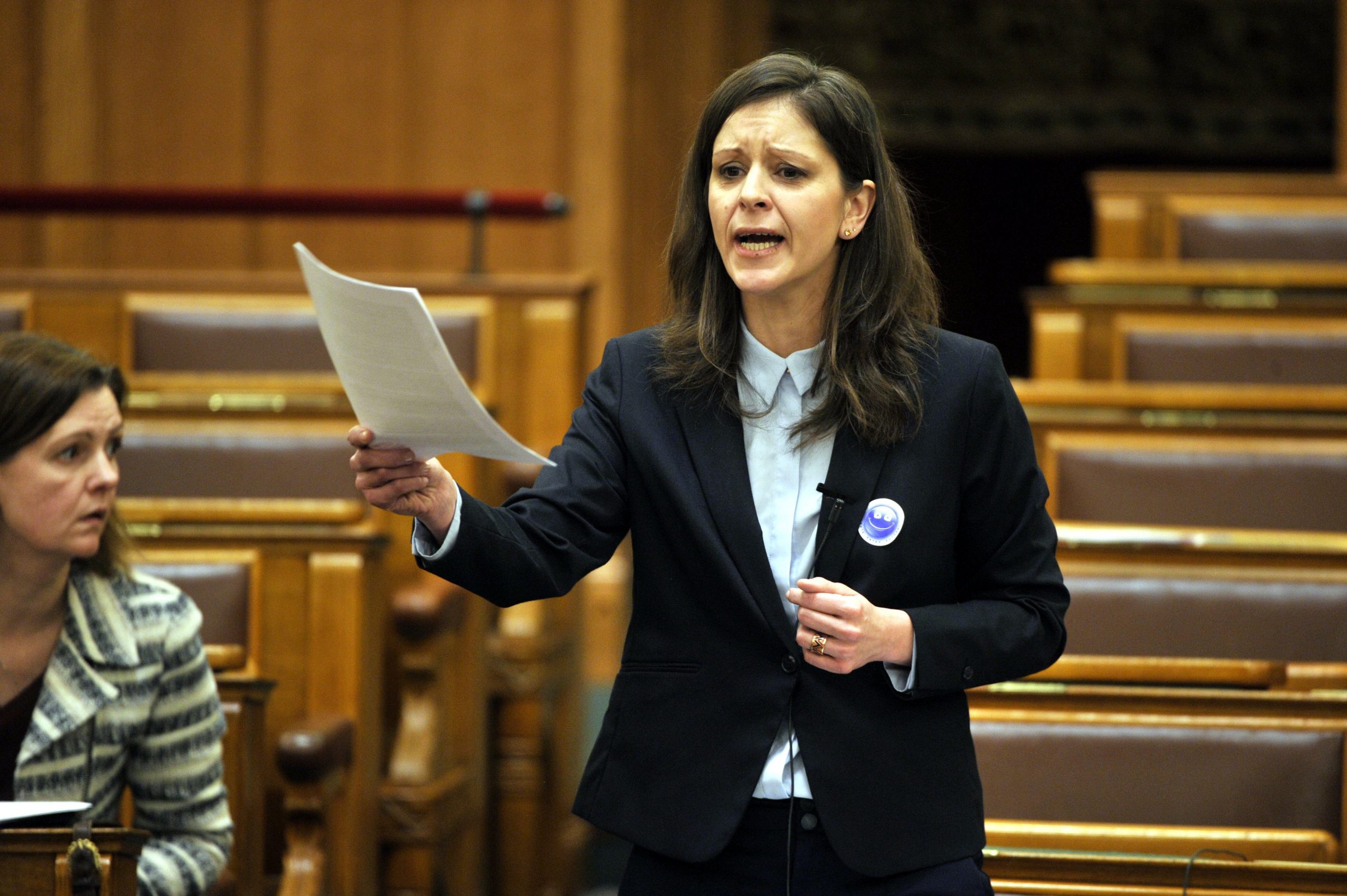 In response, opposition parties slammed the government for trying to undermine trust in Western vaccines, ultimately claiming that by doing so they in fact discourage people from getting vaccinated so they are actually the ones against the vaccines.

As we are getting closer and closer to the 2022 general election, it seems unlikely that the battle between the political forces will calm down. 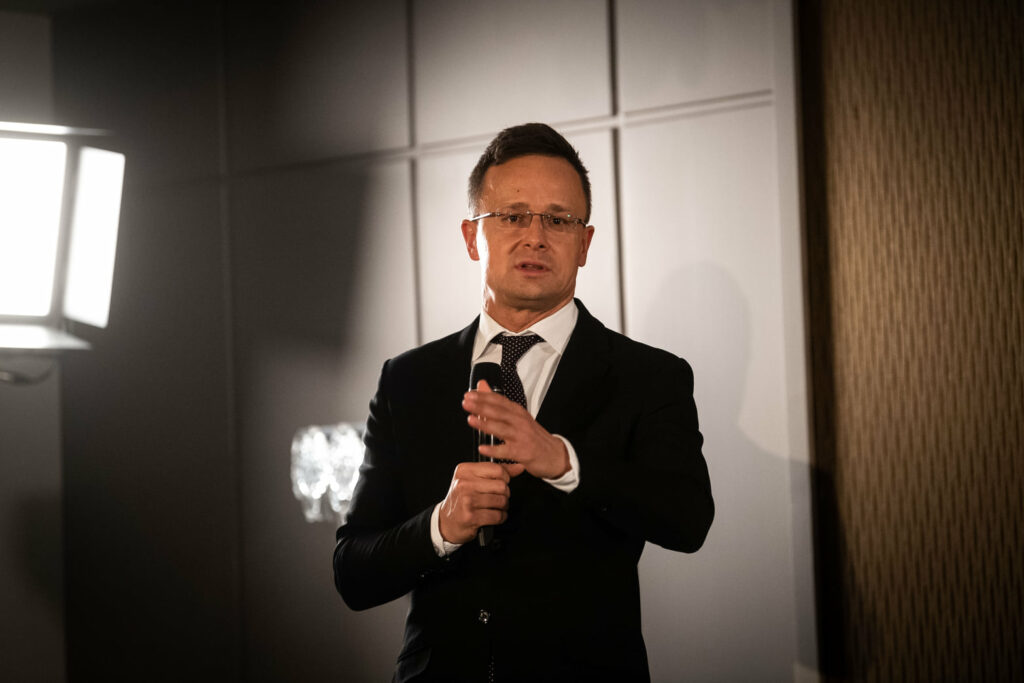 Hungary is “under simultaneous pressure from the east and the south”, Foreign Minister Péter Szijjártó told public Kossuth Radio in an interview on Sunday. Talking about the difference between refugees and migrants, Szijjártó said some 12,000-13,000 refugees are arriving daily from war-stricken Ukraine, adding that “when fleeing from war, you cannot go anywhere but to […]
Péter Cseresnyés 2022.07.04.