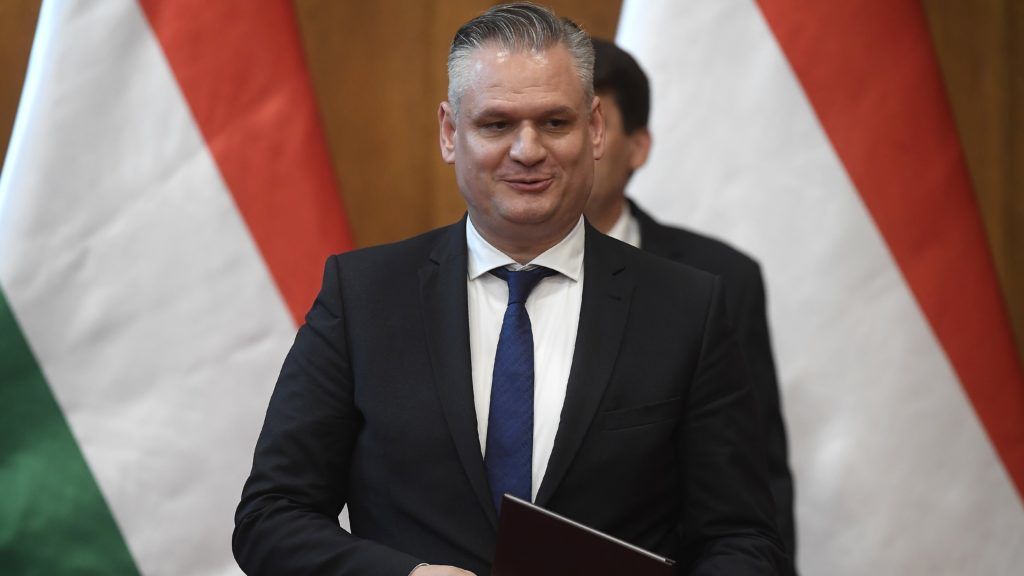 The Hungarian government can prove that the European Commission is compiling a work plan aimed at promoting migration, the state secretary for international communications and relations said on Tuesday.

“In recent years, we’ve seen on multiple occasions that the commission considered even the most obvious things to be disinformation and lies” while “being behind the measures which it denies,” Kovács told journalists.

He said the Hungarian government could prove the existence of “every single item on a seven-point work plan” supporting immigration put together by Brussels.

The state secretary cited as an example, that while the EC denies that it is planning to introduce a “migrant visa”, it had already voted to introduce so-called humanitarian migrant visas. Through these visas, Kovács said, the commission would “institutionalise the process of getting migrants to Europe from any part of the world” through the embassies of EU member states.

The government’s media campaign features images of US financier George Soros and European Commission President Jean-Claude Juncker. A caption reads: “You, too have the right to know what Brussels is planning.” A smaller caption says Brussels is planning to introduce mandatory migrant quotas, weaken the border protection rights of member states and introduce “migrant visas” with a view to facilitating immigration.

Schinas told a press briefing that it was untrue that the EU was undermining national border protection measures, and had no plans to introduce humanitarian visas, either. He said it was up to member states to decide the extent to which they want to accept legal immigration.

State Secretary: Hungary has been a target of disinformation campaign for 8 years

Hungary has been the target of a disinformation campaign for eight years now, Zoltán Kovács told a press event on Tuesday, adding that international mainstream media had constructed a narrative in connection with Hungary which could create perceptions that are “at odds with reality”.

It is “pointless” for Hungary to try to reposition itself against a narrative “that has already placed us in a corner”, Kovács said at a workshop organised by pro-govt media observer Médianéző on international media coverage about Hungary in 2018.

He said this narrative concerning Hungary “paints a picture of us that we are already familiar with from international media”.

“The best we can do is stick to our own narrative about ourselves,” Kovács added.

“The story that we tell is no doubt closer to reality than the narrative being spread about us in, for instance, western European media,” he insisted. The most convincing proof of this, he said, were the three consecutive two-thirds majority victories the Fidesz-KDNP alliance secured in the last three general elections, along with their enduring popularity.

He said that over the past two to three years, the western European press, opinion leaders and publicists had started to take on a bigger role in trying to shape politics. Kovács said they had become the main carriers of the political messages which they believe represent the European majority.

But he said there was a growing rift between opinion leaders, left-liberal politicians, journalists and “consumers who are sober-minded about reality”.

Kovács voiced hope that the split between these two groups would come to a head with the European parliamentary elections and that the ballot would produce a result with which “European institutions can be taken back from those who have steered them onto a completely different path.”

The state secretary welcomed, however, the “sober opinions” on the state of the Hungarian economy he said had appeared in international media over the past year.

The existence of links between the “Soros network” and the European Commission has again become obvious by the EC’s immediate attack against an information campaign by Hungary’s government, state secretary at the prime minister’s office Szabolcs Takács said in Brussels on Tuesday after meeting his European Union counterparts.

The agenda of a meeting of European Union ministers included for the fourth time the procedure against Hungary launched in line with Article 7 of the basic treaty because of deficiencies as regards the rule of law.

Takács said that Frans Timmermans, first vice-president of the European Commission, brought up the issue of the government campaign during another point of the agenda “in a frenzied manner, shouting”, with total disregard to procedural rules.

“The cat is out of the bag,” Takács added and described Timmermans as the “spitzenkandidat of Brussels bureaucrats and the pro-migration elite.”

This elite wants to turn the European Union into a continent of immigrants and they have found allies for this endeavour in Hungary’s opposition, Takács said. In the interest of victory they are ready to accept “the Hungarian Socialists having formed an alliance with extreme racist and anti-Semitic Jobbik,” he added.

Timmermans is trying to make people believe that he can represent the commission without bias while his statements “were reeking of his dislike for the Hungarian government”, Takács said.

“Timmermans’ performance today clearly demonstrated that he regularly meets [US billionaire] George Soros and NGOs supported by the Soros network … which most obviously proves that what we say is reality,” he said.

Commenting on the accusations by the EC vice president, Takács said he had told the meeting that Timmermans, especially in light of his recent Budapest visit to the opposition Socialists’ congress, was incapable of separating his function in the commission from his political ambitions. As a result, his role in the commission should be suspended, which the Hungarian government has already requested, he added.