The flawed migration policy of the “pro-migration forces” and “Brussels bureaucrats” increases the threat of anti-Semitism in Europe, the state secretary for European affairs said in Brussels on Thursday.

Szabolcs Takács spoke to MTI over the phone after attending a conference on combatting anti-Semitism.

Takács said European Commission First Vice President Frans Timmermans, who is the spitzenkandidat of the Party of European Socialists, had “forgot” to mention in his address that besides right-wing and left-wing anti-Semitism, another major threat facing Europe was anti-Semitism related to “radical Islam”, which he said had risen recently due to immigration. 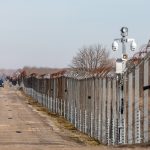