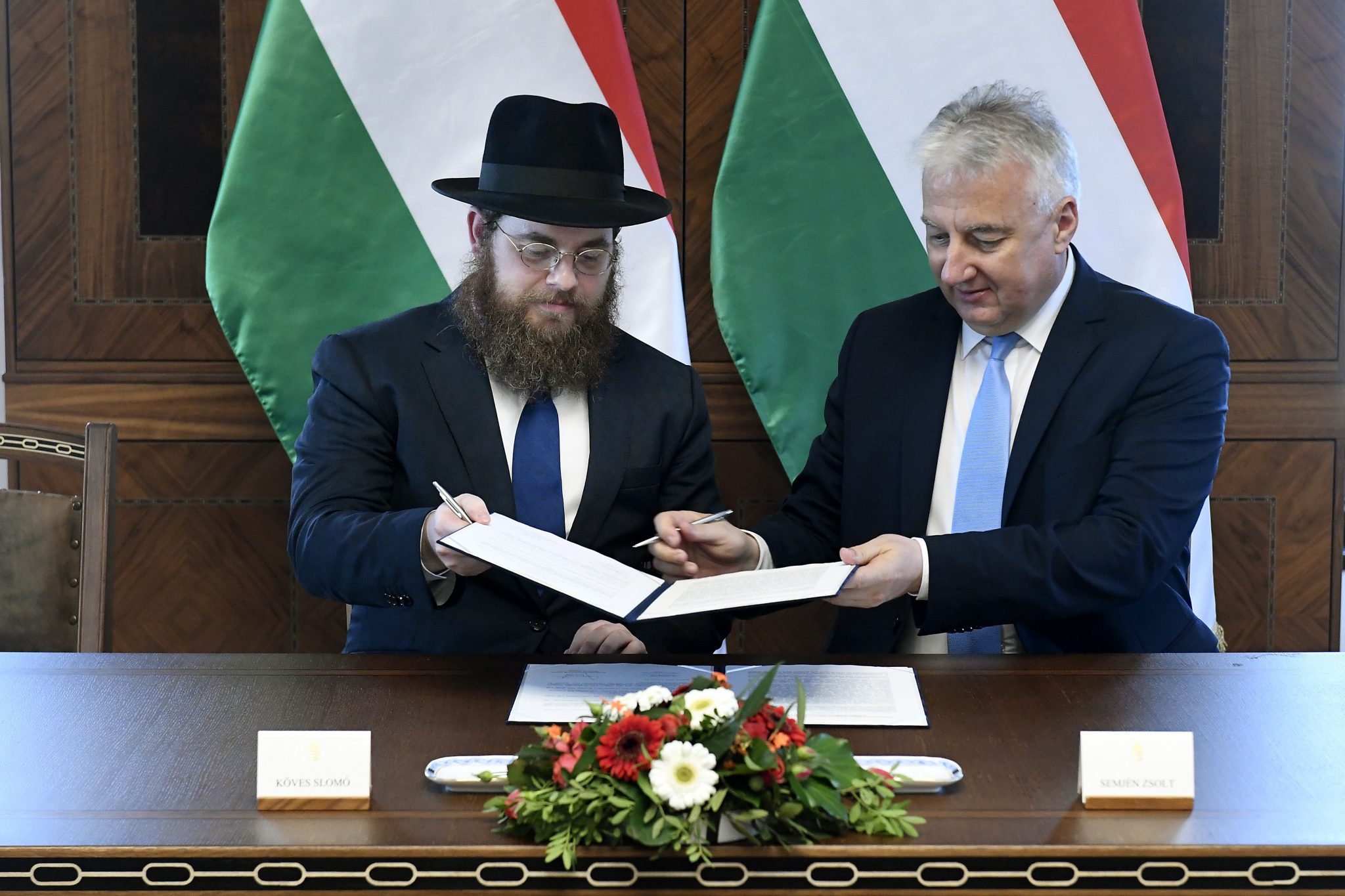 The government and the Unified Hungarian Jewish Congregation (EMIH) signed a comprehensive agreement in Budapest on Monday.

The document was signed by Zsolt Semjén, the deputy prime minister in charge of Hungarian communities abroad, church policy and national and ethnic minorities, and EMIH chief rabbi Slomó Köves at the Castle District premises of the Prime Minister’s Office.

By signing the agreement, the Hungarian state acknowledges the historical traditions of the Jewish community and “EMIH’s service to the renaissance of Hungary’s Jewish community”, Semjén said at the signing ceremony.

The deputy PM noted that all three of Hungary’s Jewish congregations — the Federation of Jewish Communities in Hungary (Mazsihisz), the Hungarian Autonomous Orthodox Jewish Community (MAOIH) and EMIH — are recognised as religious communities “in the highest category”. He added that signing separate agreements with the congregations also meant the highest form of recognition in a symbolic and financial sense.

The state of Hungary signed pacts with Mazsihisz and MAOIH during Viktor Orbán’s first term as prime minister, Semjén noted. The new agreement with EMIH constitutes a formal recognition of the entirety of Hungary’s Jewish community, he added.

Under the pact, the institutions established and run by EMIH will be entitled to the same level of funding as state institutions carrying out similar tasks, Semjén said.

EMIH is also given free rein to handle the refurbishment and maintenance of rural Jewish facilities “orphaned” after the Holocaust, the deputy PM added.

David Lau, Ashkenazi Chief Rabbi of Israel, said the agreement would both ensure the preservation of past values and provide guidance for building the future. 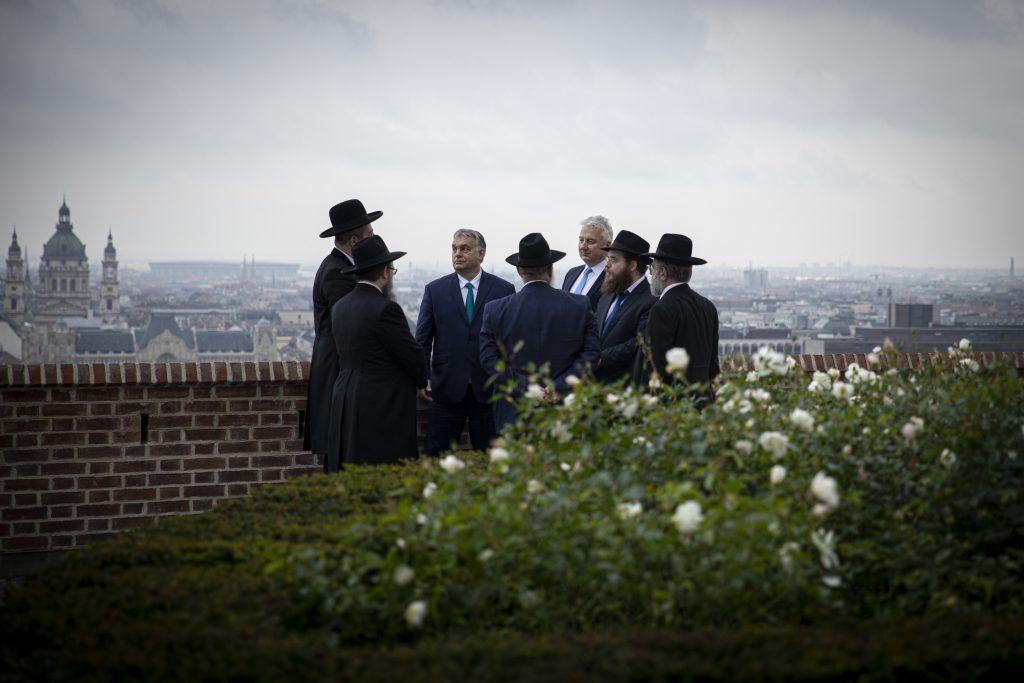 Before the signing of the agreement, Lau had held talks with Prime Minister Viktor Orbán. Speaking about the talks, Lau said the prime minister valued the importance of respecting the past and strived to “build a better future by drawing from the past”. 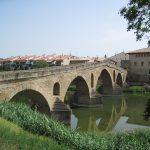