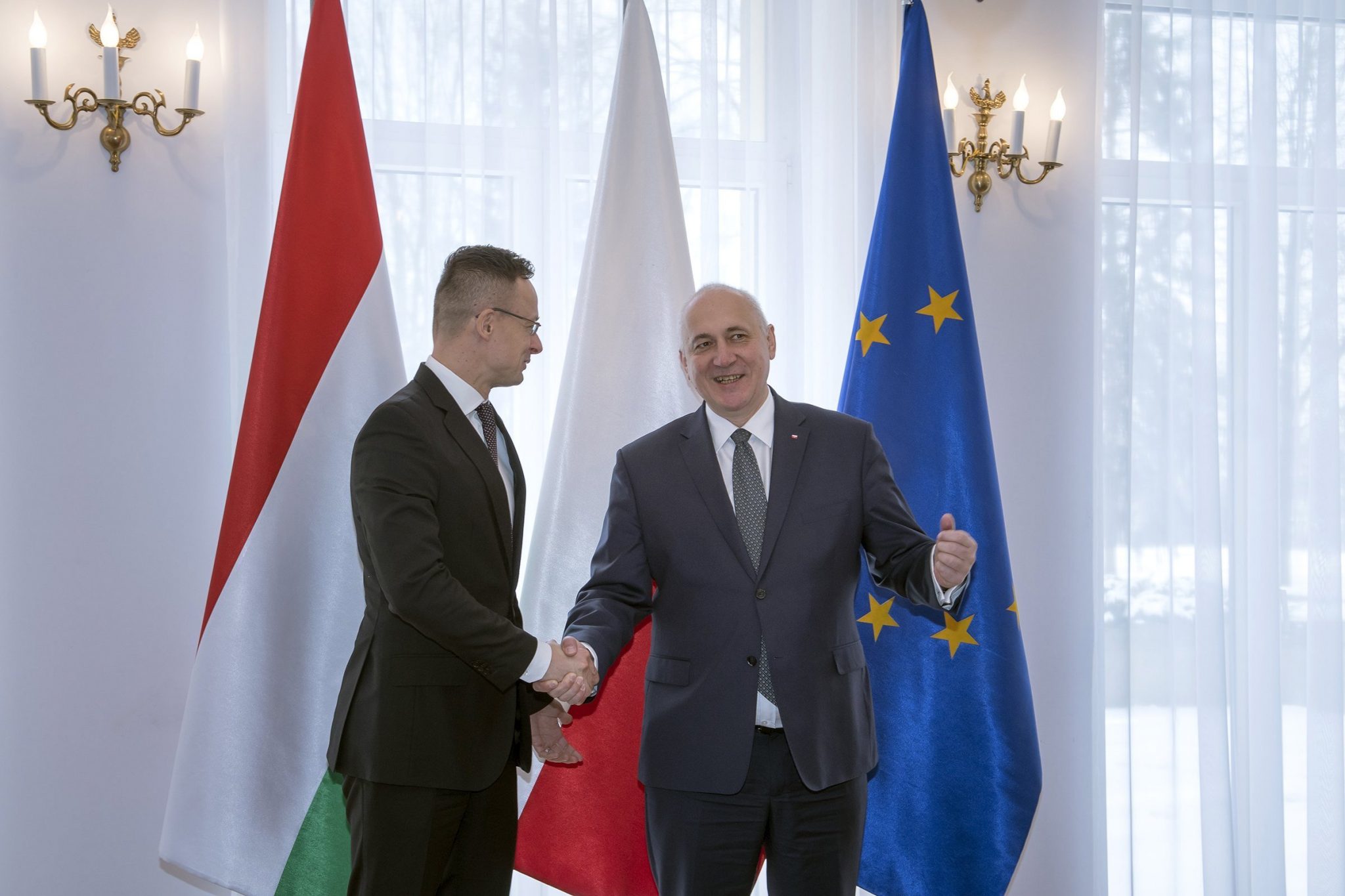 Hungary and Poland object to the United Nations migration compact and similar European Union plans being “brought in through the back door” by being inserted into various EU and UN documents as separate paragraphs, Foreign Minister Péter Szijjártó said after talks with Polish Interior Minister Joachim Brudzinski on Monday.

It was a big disappointment to “both the international liberal political elite and a network supported by [US billionaire] George Soros” that last December 40 countries refused to vote in support of the UN global compact for migration, Szijjártó said.

As a result, “these circles” lost the opportunity to create a new international legal precedent to force even those countries that oppose migration to become target countries for migrants. Both Hungary and Poland voted against the compact, and thanks to their cooperation within the Visegrad Group, the mandatory migrant settlement quota was withdrawn from the EU agenda, Szijjártó said.

These successes aimed at stopping migration generated “a desire for revenge by EU and UN bureaucrats,” he said. In addition to “taking revenge on central European countries for the failure of the mandatory migrant quota and the unenthusiastic reception of the global migration compact”, they keep trying to bring back the issue “through the back door”, he said.

There has been a “clearly noticeable effort to revive the [pact] by inserting separate paragraphs into various UN and EU documents,” in order to create an international legal point of reference, he said.

Commenting on his talks, Szijjártó said he and Brudzinski had agreed the two countries would join forces to prevent attempts to revive either the migration package or the mandatory migrant settlement quota. He added that both Poland and Hungary were against plans to strip individual countries of their powers over border protection.

We insist that border protection … must remain one hundred percent within nations’ sphere of authority. Only we can decide whom to allow into our countries and whom we want to live together with.”

He said he had agreed with Brudzinski to continue providing humanitarian help to countries that are sources of migration. They highlighted the importance of supporting persecuted Christian communities, and they also agreed to better coordinate on aid work, he added.

on the featured photo: Péter Szijjártó and Joachim Brudzinski
photo by Zsolt Burger/Ministry of Foreign Affairs and Trade