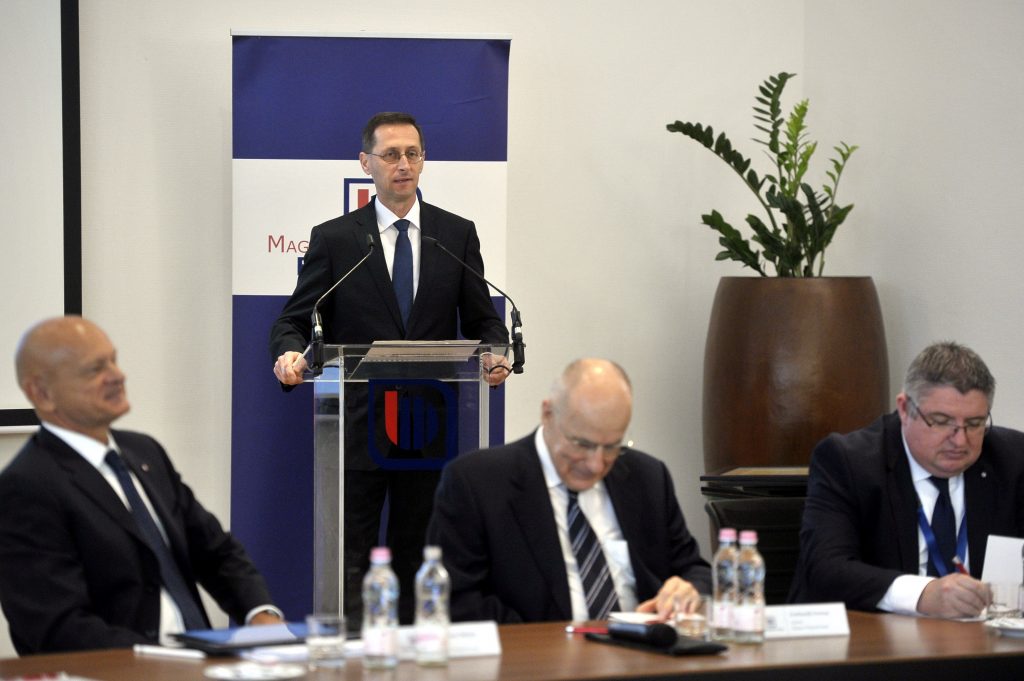 The results of the general election confirm that the government’s economic policy goals should remain the same, Economy Minister Mihály Varga said at a meeting of the board of the Hungarian Banking Association on Friday.

Maintaining annual GDP growth of around 4 percent and stable financial foundations, reducing state debt, keeping the general government deficit low, reducing unemployment and achieving full employment remain of key importance, Varga said. State debt as a percentage of GDP should be brought down to or below the 60 percent Maastricht threshold by 2020, he added.

Prime Minister Viktor Orbán said in a radio interview on Friday that Varga would continue to oversee the new government‘s economic policy.

The Hungarian Banking Association projects GDP growth of 4.5 percent this year, said chairman Mihály Patai, noting that the forecast is above the government’s 4.3 percent official projection. He put the banking sector’s combined after-tax profit this year, and in the long term, at around 300 billion forints, down from a bumper 600 billion in 2017.