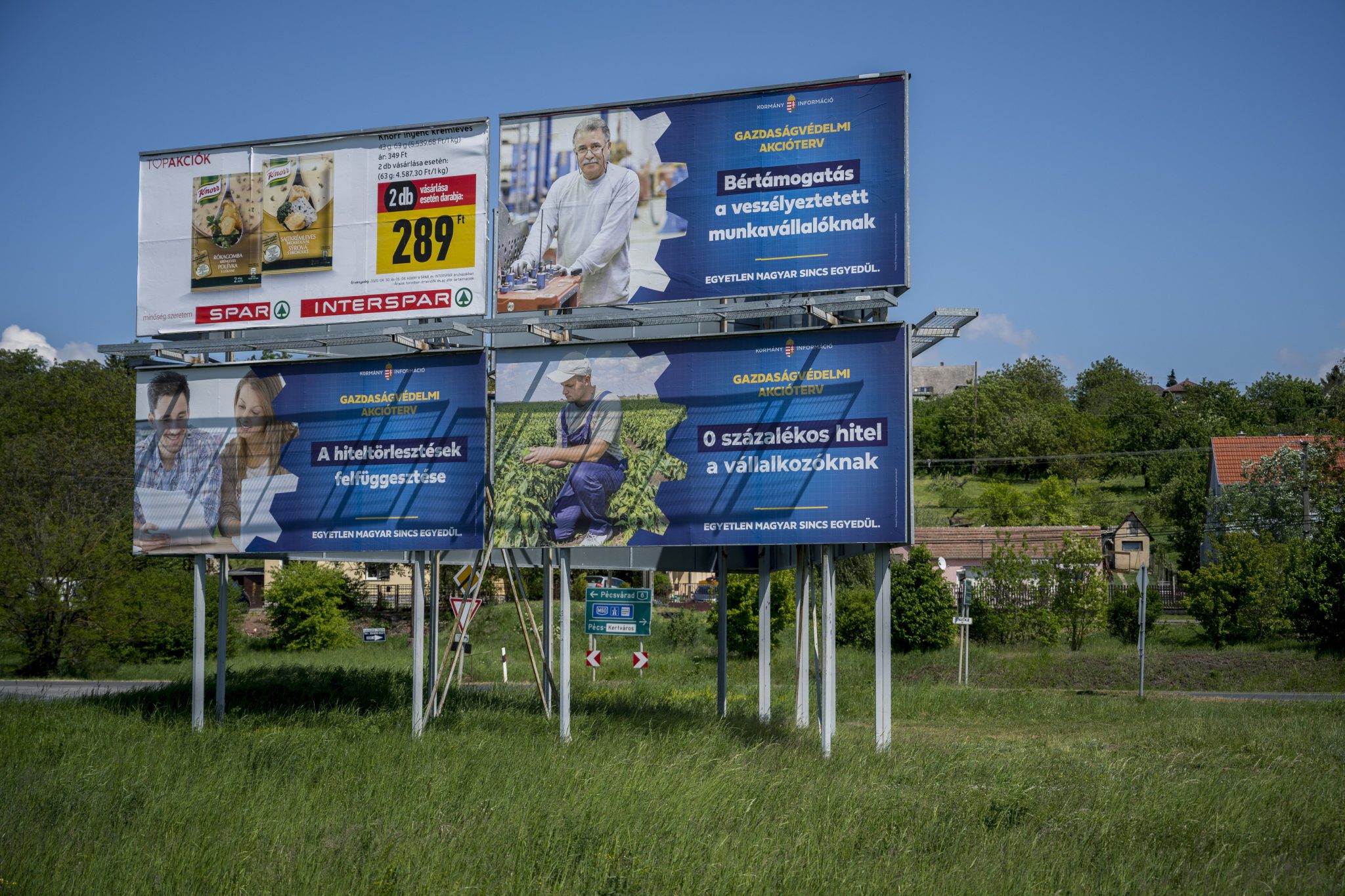 The government turned to a well-known practice and launched a billboard campaign in order to advertise the economic measures set in motion to fight the negative effects of the coronavirus pandemic.

The campaign made it to the public after wire service MTI had first published photos about the advertisements, visibly aimed at the promotion of the government’s economic action plan. The slogan used by Viktor Orbán during the coronavirus outbreak, “no Hungarian is alone” has also been written on the posters.

Both liberal news portal 444.hu and green opposition party LMP, asked the government to disclose the costs. While it failed to reveal any data, the Government Information Center explained that “…the government extends its coronavirus-related information activities to include information on the economic action plan. We consider it important to inform everyone about the new measures, including wage subsidies, tax cuts, and the reintroduction of the 13th-month pensions. In addition to traditional interfaces, information is also made public on the internet.”