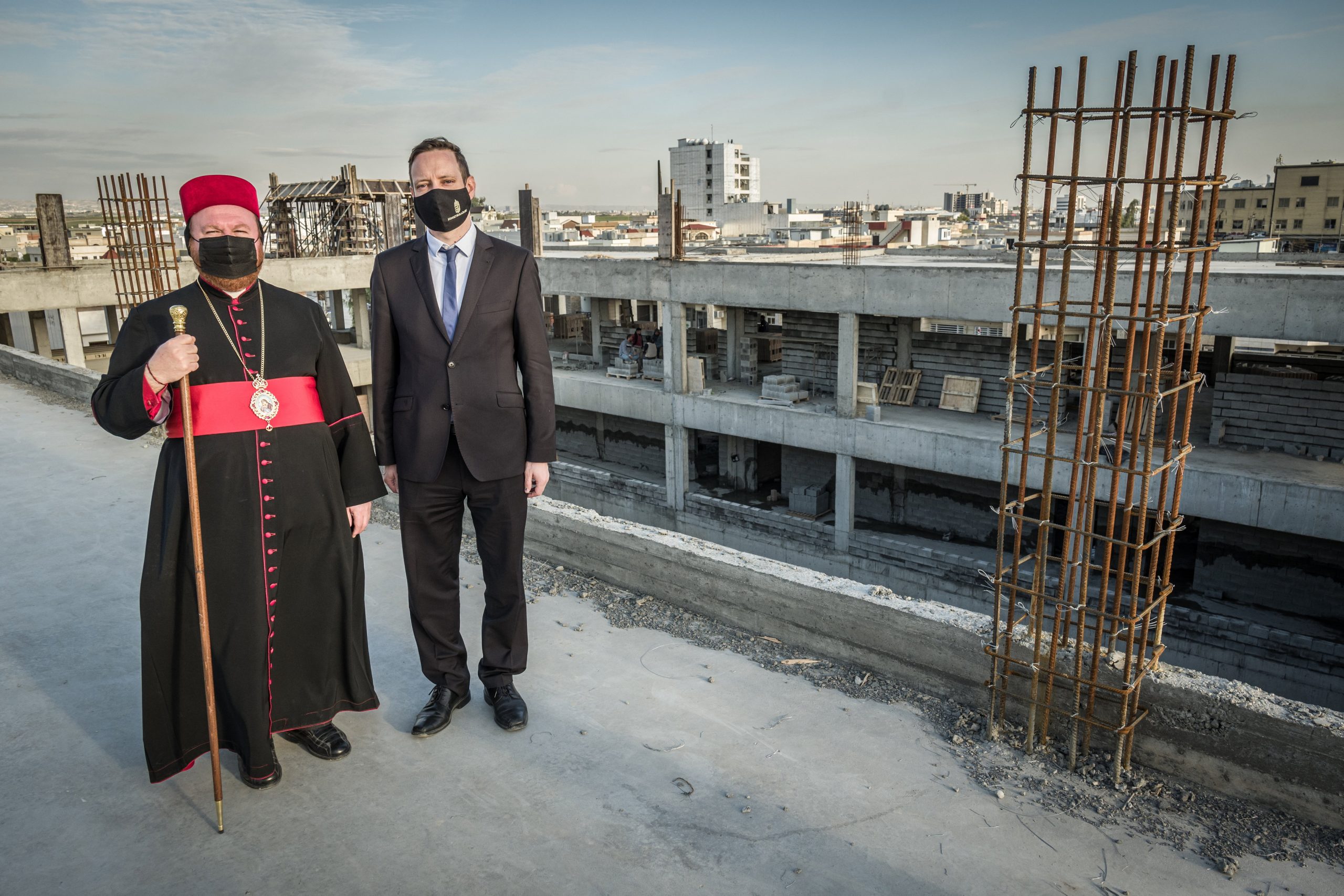 Pope Francis’ visit to Iraq has channelled global interest to the situation of Christians in the Middle East and the Hungary Helps aid programme, which may serve as a model for other humanitarian programmes and governments, a Hungarian government official told MTI on Tuesday.

Returning from Iraq today, Tristan Azbej, the state secretary responsible for aiding persecuted Christians, said his trip had three purposes. Firstly, he wished to attend the pope’s historic visit, which he said offered a beacon of hope to Iraq’s Christian community, highlighted their hardships and directed global interest to the Hungarian model of assistance.

Secondly, Azbej saw the sites of ongoing Hungarian projects and took stock of the humanitarian situation. He visited the town of Tel Askuf, which was reconstructed with Hungarian assistance, and several schools built under the Hungary Helps scheme.

The houses, schools and churches of the locals driven away by the jihadists have been rebuilt, but the return and long-term stay of Christians will only be guaranteed once agriculture has been restarted, he said, adding that Hungary’s assistance would now focus on that area.

The state secretary said he had also visited some refugee camps “with dismal conditions inconceivable for Europeans”.

“If we want to preserve these communities and prevent migration, efforts should be made to ease the plight of refugees,” Azbej said. “It is a basic principle of the Hungary Helps Programme that help should be provided at the point where it is needed instead of bringing trouble over here.”

Azbej noted that Hungary had set up a bakery and a vocational training centre in a Yazidi refugee camp.

The scheme also runs schools for internally displaced and Syrian Christian, Muslim and Yazidi children in Erbil and other cities, a move which he said promoted the peaceful co-existence of religious groups.

Pope Francis will visit Hungary and attend the mass concluding the International Eucharistic Congress on September 12, Cardinal Péter Erdő told state news wire MTI on Monday. The visit was pushed back from 2020 when the entire congress was postponed to 2021 due to the coronavirus pandemic, he said. The visit is “great joy for […]Continue reading