Speaking on news anchor Christiane Amanpour’s live programme, Mr. Kovács said that the cabinet initiated the referendum because illegal immigration was not among the topics of national elections in 2014.

Despite the cabinet’s position gaining more votes that the ruling centre-right Fidesz-KDNP alliance did two years ago, with over 98 per cent of those casting a  valid vote rejecting the scheme, the referendum proved to be invalid, meaning that the National Assembly is not obliged to approve a law to its effect, Mr. Kovács acknowledged. Despite the failure to meet the 50 per cent+1 vote election threshold, 3.3 million voters approved the cabinet’s migrant policies at the referendum – 1.1 milion more than the number who granted the government a second term in 2014.

Ms. Kounalakis claimed that the referendum’s result of 98 per cent in favour of one option is highly unusual in democracies, pointing out that the majority is even higher than what the late Yugoslav leader Tito achieved in 1945. The 60 per cent of voters who spoiled their ballot or stayed at home voted against the government’s standpoint. she argued, adding that the referendum has proven that the majority of Hungarians do not want to leave the EU.

Concerning the refugee crisis, the former Ambassador, who represented the United States in Hungary between 2009 and 2013, said that the referendum will solve nothing and the Hungarian Prime Minister’s hard-line approach will not help to settle this highly complex situation. 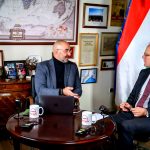