A former Fidesz MP and previous mayor of the small town of Pásztó in northern Hungary has been dismissed from his job with immediate effect after footage emerged of him calling Jews a “nefarious, dirty folk”.

Imre Sisák was fired upon the orders of the Prime Minister’s Office from his position as head of department at the Nógrád county government bureau, where he had been working since failing to be reelected as mayor of Pásztó in 2014.

The 1:36-minute footage is believed to have been recorded between 2006 and 2010, during Mr. Sisák’s time as mayor of the town. His comments are thought to have been made in reference to László Krämer, a former member of the town council for the Hungarian Socialist Party (MSZP), who has since deceased. 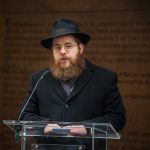