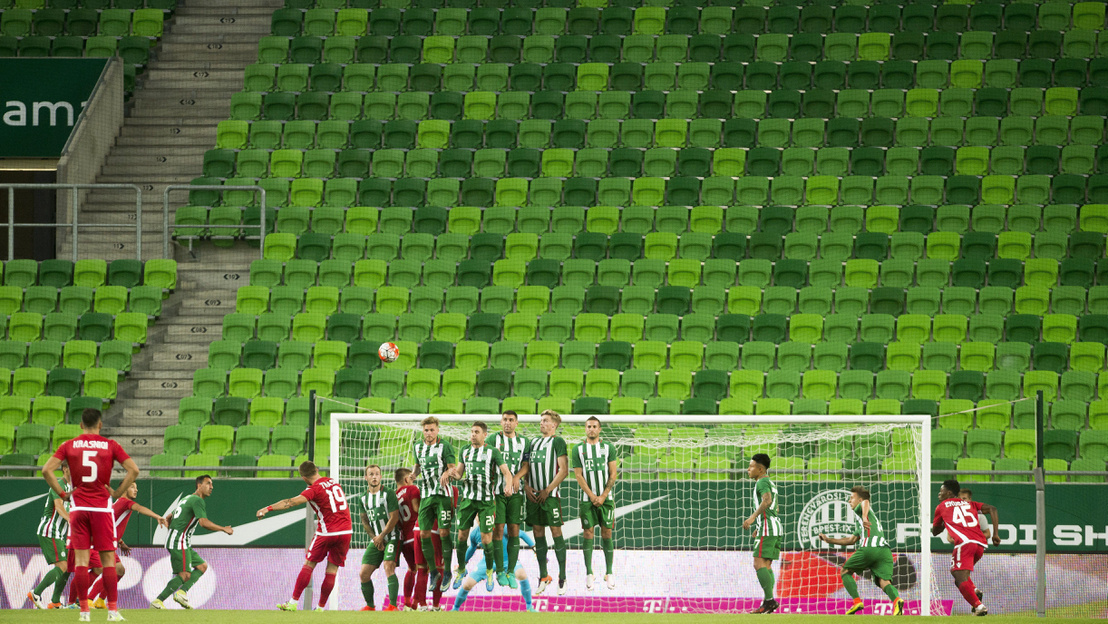 In a modification presented by Deputy PM Zsolt Semjén, the government again doubled the upper limit of tax concession for sportsmen, called EKHO, to a yearly income of 500 million forints (Eur 1,55 million), a monthly net of 35,4 million forints (Eur 110,000). The decision is controversial and many view it as yet another example of Orbán’s questionable football obsession, as only certain Hungarian football clubs can afford such wages.

The simplified contribution to public revenues (EKHO) means better tax payable (19,5 percent for the employer and 15 percent for the employee) and simpler conditions for professionals typically in the cultural, sport and media sectors. Essentially, annual income must stay below a certain amount, and the minimum mandatory tax base for social security contribution payments is set at the minimum wage. Introduced by Ferenc Gyurcsány’s left-liberal cabinet to whiten certain sectors, the Fidesz-led government has since extended it on multiple occasions. This latest doubling (just like the two last increases) is, however, only available for sportsmen. Last year, the ruling parties voted on an amendment which exempted sports clubs from paying tax after EKHO salaries.

Spokesperson of the Hungarian Football Association (MLSZ), Jenő Sipos, welcomed the decision, saying that exceptional salaries are indispensable when it comes to improving the competitiveness of Hungarian football clubs. Sipos also noted that EKHO had a good effect on financial discipline and transparency, as beforehand, clubs were often paying their players in hidden, illegal ways. Sipos also suggested that this new regulation might come in handy for the two wealthiest clubs of the Hungarian championship, Ferencváros and MOL Vidi.

Orbán at the opening ceremony of the TSC Football Academy in Topolya (Bačka Topola), in northern Serbia’s Vojvodina province. The government is also generous with clubs and academies that have a Hungarian background, beyond the borders. Image via Szilárd Koszticsák/ MTI

This latest modification is nicknamed by many as “lex Dzsudzsák” in reference to PM Orbán and MLSZ’s goal of attracting star player Balázs Dzsudzsák “back home” from the United Arab Emirates. Some say that the failed signing attempt by Ferencváros in 2016 of Rafael van der Vaart could have potentially prompted the hike. Reportedly, the Dutch veteran star requested a salary (Eur 1,2 million) that Fradi could not pay at the time, but the current modification (which lowers the tax payable by the player) might solve the issue.

After comparing this upper limit to international data, it appears that, with this hike, salaries could potentially compete with those offered by middle-class teams of top European championships. In Italian Serie A, according to data collected by Italian sports daily La Gazzetta dello Sport in 2017, not one player’s annual salary in Fiorentina, Udinese or Sampdoria matched this amount of money (EUR 1,55 million). Likewise, during the 2017/18 season in Germany, only the average salaries offered by five (top) clubs exceeded this. It must be noted, however, that according to State Secretary Péter Benő Banai, no one reached the previous limit (Huf 250 million) last year and only eight players earned more than 100 million forints (Eur 310,000) in Hungary.

In any case, a comparison of wages to results seems to confirm that playing in Hungary has become (increasingly) “worthwhile,” despite the fact that results are often lagging behind. In 2017, on UEFA’s list presenting aggregate wages spent on players, Hungarian clubs were ranked 24th (spending on average 3,7 million on wages per club), while the Hungarian championships was only ranked 35th in strength. 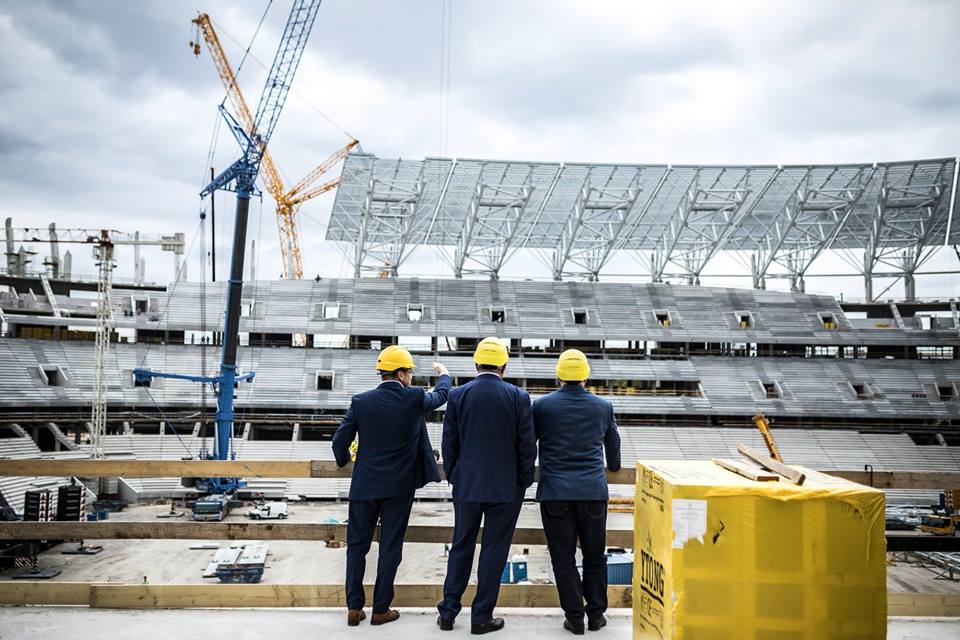 Money and infrastructure is no longer an issue. Orbán at the construction of the super-modern and super-expensive Puskás stadium. Image via UjPuskas- Facebook

The government’s flagship support of football is a long debated topic in Hungary, and many think this is due to Orbán’s excessive love of the game. In Hungary, football clubs highly depend on state intervention and public funds. Many companies backing Hungarian clubs are state-linked or owned by Fidesz-allies. A high percentage of the income of the clubs comes from a special tax method dubbed as TAO–a public fund–as confirmed by Hungary’s Supreme Court (Kúria). TAO is a scheme that allows Hungarian companies to make “charitable contributions” to qualified sports clubs in lieu of paying part or all of their profit taxes in the budget. Orbán’s Puskás Academy in Felcsút is the biggest beneficiary of the program.

One of the most famous quotes from Ferenc Puskás, Hungarian football legend of the 50s and 60s is “Little money, little football; big money, big football.” This means that when they had been paid well enough, they showcased their talents, but when the salary was lower, they only played for a narrow win.

However, many critics think that the results, performances and attendances in the new stadiums (on average about 19,000 spectators per round, less than 3,000 per game) over the past few years don’t justify the ever-increasing state support, especially while other sectors, like education and health-care, often lack funds. As Népszava noted, while a football player could now potentially earn Huf 500 million with reduced taxes, in next year’s budget, only a little more than this amount is allocated to leisure and student sports. 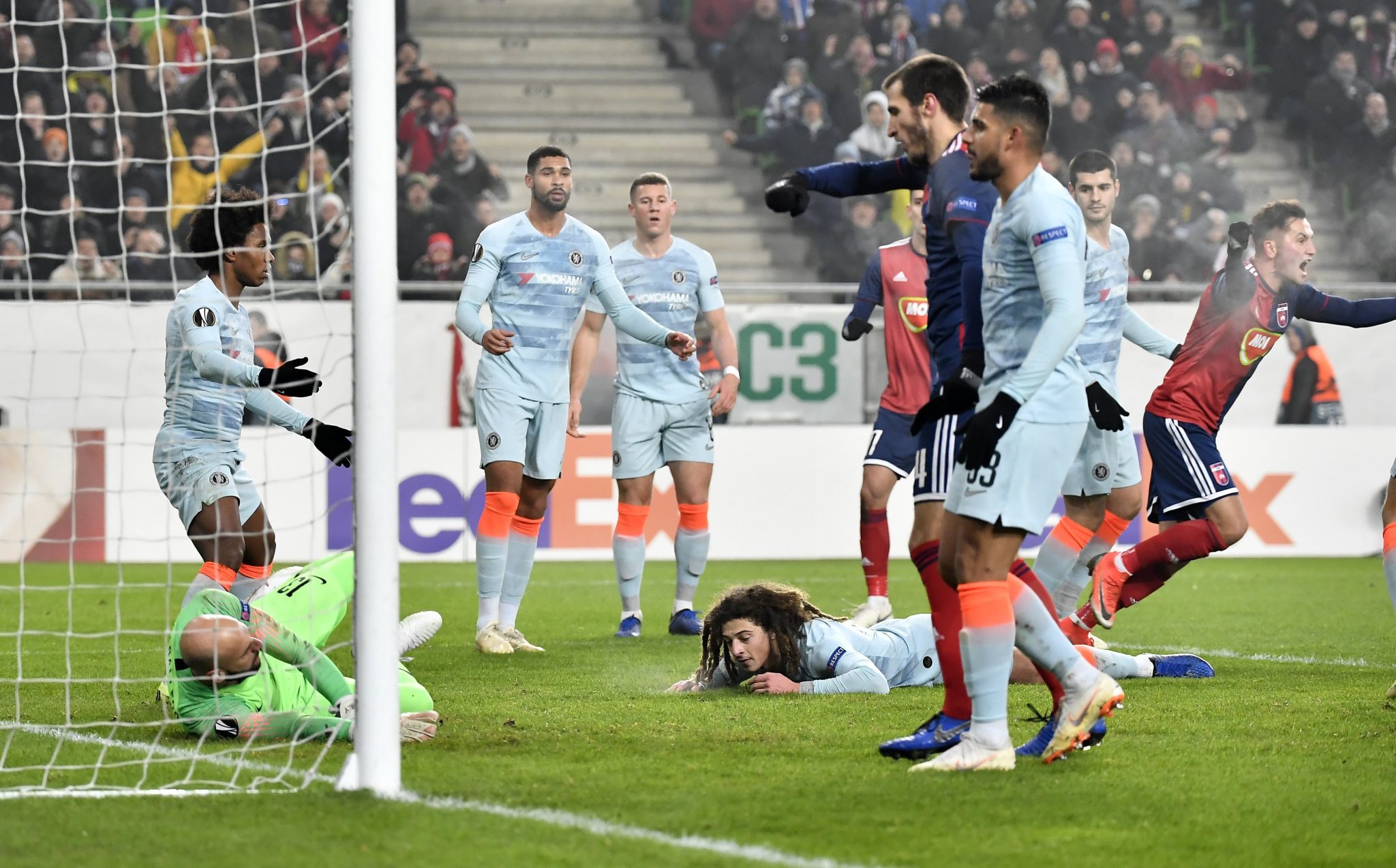 The success of this attitude towards football is uncertain. At the moment, only minor signs can be observed: this year, MOL Vidi qualified for the Europa League group stage and finished third in its group with a reportedly outstanding performance. The wealthiest Hungarian club, Ferencváros, has long been unable to have any such success internationally. Thus far, only a handful of players coming out of the academy system have reached international levels.

On the other hand, this amount of money could attract quality players to Hungary and this could lead to strong, competitive squads. As other Hungarian ballgames like water polo and handball have shown, money can produce successful clubs. Unfortunately, this comes at a price as a struggle for international results using quality foreigners does not leave room for Hungarians to grow. But, knowing the current state of Hungarian football, even a Hungarian team with an all-foreigner line-up could win the hearts of many if it brings results.

As Viktor Orbán’s decision to aid Hungarian football with more and more money is unwavering, one can only hope that ‘big money’ will mean ‘big football’ this time.

featured image: empty stands in Groupama Arena, when Partizani Tirana, a club ranked well behind Ferencváros, knocked out Fradi from the Champions League in 2016; via Szilárd Koszticsák/ MTI