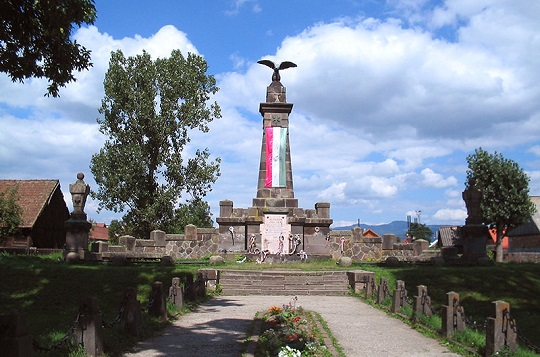 The Hungarian government will finance the reconstruction of the memorial of Szekler martyrs in Siculeni (Hungarian: Mádéfalva), in the largely ethnic Hungarian Székelyföld, or “Szekler Land” region of central Romania, State Secretary for Hungarian communities abroad Árpád János Potápi said on Wednesday.

The government will earmark 17 million forints (EUR 53 300) for the project, he told a commemoration marking the 251st anniversary of the heinous crime committed by the mercenaries of Habsburg Queen Maria Theresa. The imperial troops tried to recruit the independent-minded Szeklers to serve as border patrol guards under Habsburg command. The community, however, resisted, organising a revolt against the forced military draft. In response, the mercenaries massacred 200 unsuspected Szeklers and forced thousands to flee across the Carpathian Mountains.

The State Secretary noted that the Szeklers had fought for self-determination and autonomy two and a half centuries ago, and continued to do so even today as autonomy is a framework for, and a precondition of, their survival as a community.

Designed by Szekler Hungarian architect József Tamás, the foundation stone of the memorial in the  village, which continues to have a 94 per cent Hungarian majority according to the 2011 census in 1898 and it was completed by the end of the same year.

Romania’s estimated 660 000-strong Szekler Hungarian population makes up around a half of the country’s entire ethnic Hungarian minority.