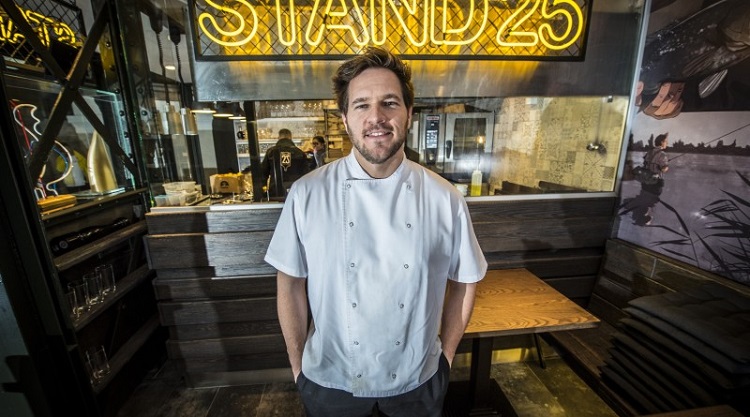 I’m not usually among the first people to storm into the trendiest spots, because there’s always a billion people there, everyone is rushing, the staff doesn’t have time to pay attention to patrons, and if the kitchen is swamped, the quality of the food won’t be as high as it would be otherwise; in the best of circumstances, you have to wait for a long f@#$%^& time. In the case of Tamás Széll’s new market restaurant, Stand 25, I wasn’t worried that the kitchen would be overwhelmed by the 20-seat dining area, and so we scrambled in alongside the first arrivals [Editor’s note: You can read more of Hungary Today‘s coverage of Chef Tamás Széll’s enormous culinary achievements at the Bocuse d’Or here]. 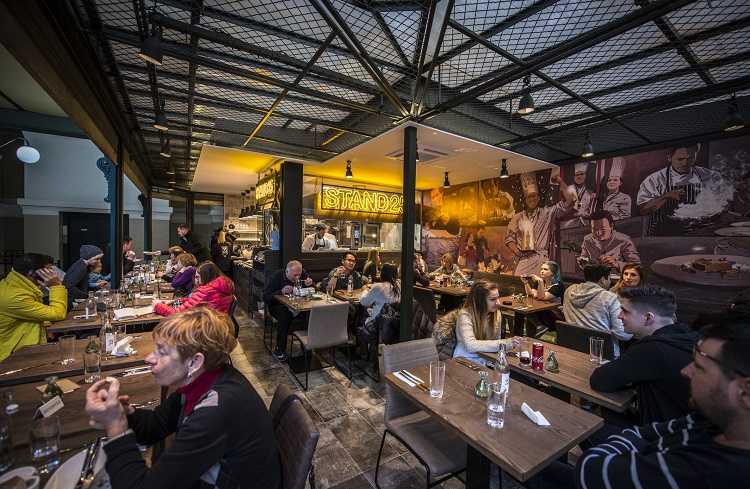 While it probably has the most seating capacity of any spot in the [Hold Street] Market, I would still use the term “cute” to describe it. I managed to take photos in which the space seems large, but it obviously isn’t in reality, and this makes the whole experience even more exciting. Behind a wall of plexiglass, which divides the kitchen from chaos of the dining room, the great master himself scurries back and forth with the calm of a drowned body. The legendary potato casserole [rakott krumpli] has been hyped all over the place, and for this reason we chose put our trust in Tamás, that he would know what is good. The first thing to arrive was an herbal soda called a “rehab,” which showed that he clearly did. 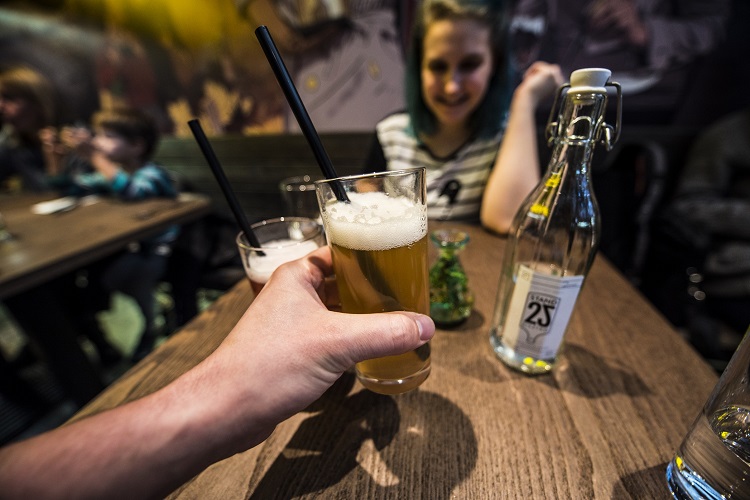 Basically, what I was expecting from this goulash is that it was a good goulash, and nothing more. There wouldn’t be any coriander or fenugreek, to mix things up, nor would it be the sweet marriage of leftover pörkölt [meat stew] and chicken soup that one can find at old diners; in addition, it would be made with beef, not octopus or crested black macaque. I wasn’t disappointed. Beautiful, thick goulash, the way it should be, in a portion as big as it should be for the start of a three-course meal. It did have one little twist though, with fresh celery and another extra (but let’s not ruin all the surprises) sprinkled on top; it won’t be unrecognizably different from flavors you’re accustomed to, but these extras will make it live longer in your memories. Bocuse d’Or or not, we knew it would be good, and it was. 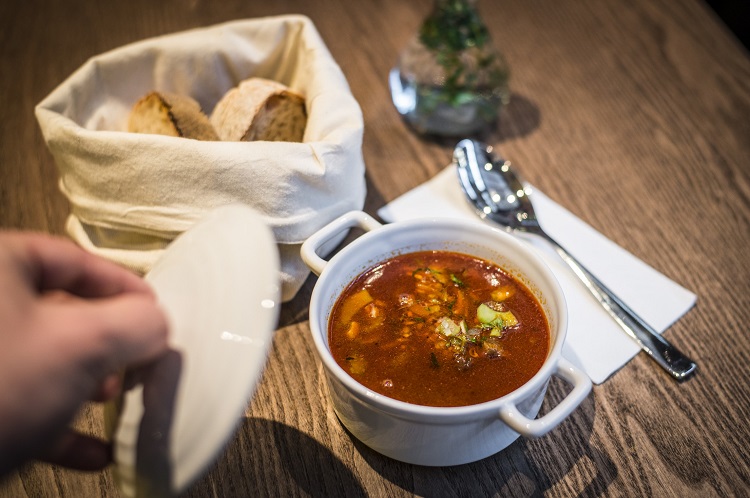 This is also a simple classic, blessed with a bit of refinement. The vegetables here are an interesting complement to this essentially “spread it on bread and eat it” course. We hadn’t yet managed to fully process the goulash, and already there came another culinary left-hook. If every garlic was as delicious as this, I would become garlic too. 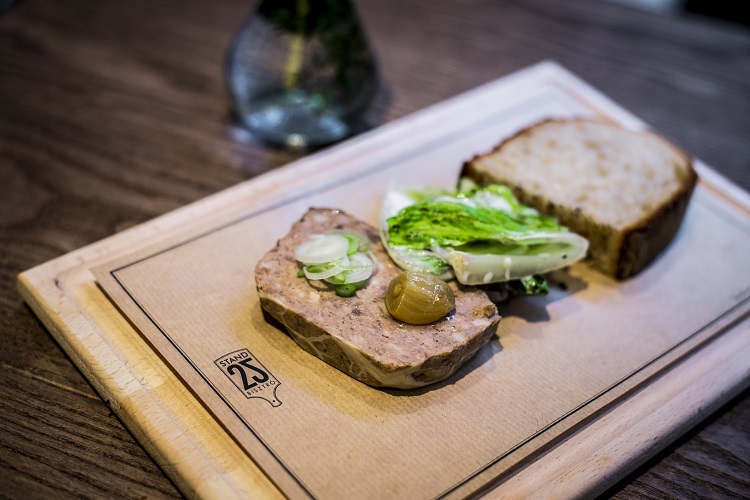 Here the gastro-trolls can come and complain: is it really just three pieces of meat and four pieces of spätzle? Yep, but these are meaty pieces, in plenty of sauce, and run your mouth about it after you’ve eaten it buddy. Cheek has a distinctive fattiness, you should know this if you’ve never tasted it before, as many people dislike it for that reason. The same thought-process can be found in the pörkölt sauce as could be found in the goulash, I don’t know how to put it more descriptively. Here too there is a tiny surprise on top; I will man-up and admit that, I didn’t recognize what it was, they told me, I forgot, and I didn’t ask about it, because I wasn’t interested as I had already given myself over to the wild boar cheek. It was only the two of us there in that moment, the pörkölt and I. Sounds became muffled, tastes became crystal-clear, the whole world was sitting in the plate. I cleaned the last bits of sauce off the plate Using the huge, soft spätzle, as though I was sitting before my final meal. Tamás Széll’s pörkölt is a gastronomic high. 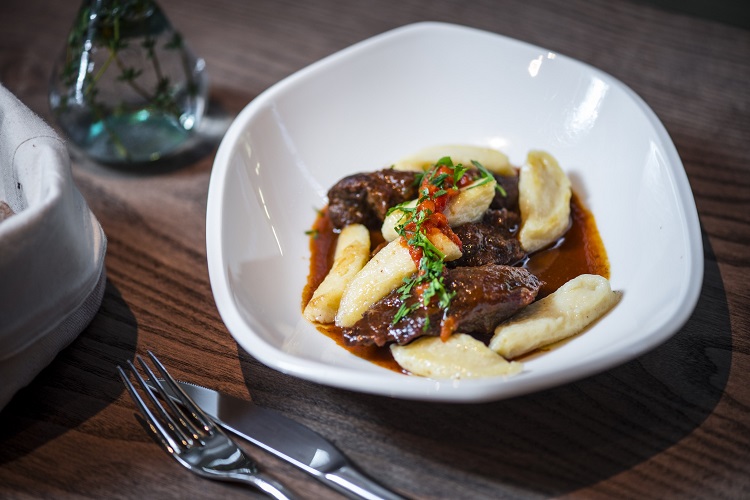 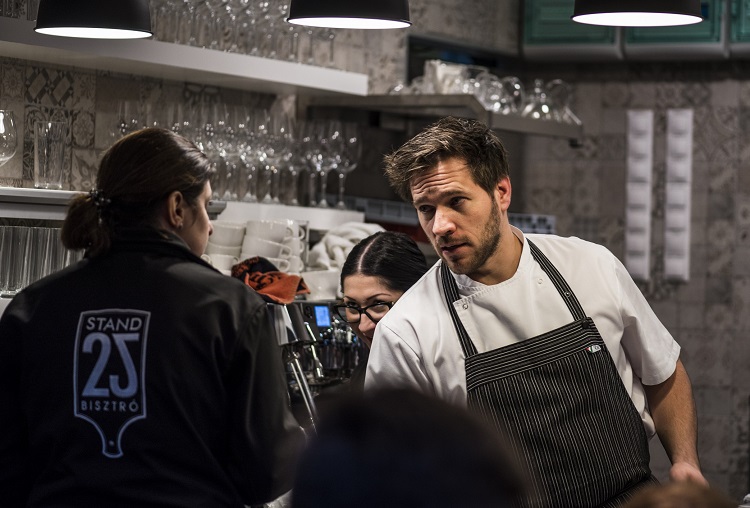 The Trout, the Cabbage, and the Walnut

Now, if you please, here are the twists. This is the item on the menu that your grandmother might never have ever put on the table. Three ingredients meet here, and you never would have imagined how much they adore each other. Get a bit of each onto each fork-bite—no question—and new worlds will open up before you. 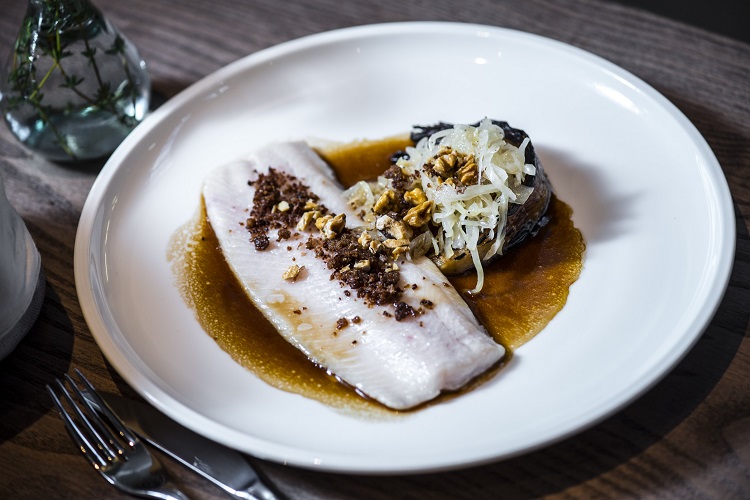 The Somlói [Hungarian Trifle] and the Chestnut Purée

Ahh…After the first spoonful, I let out a “f@#$”, sat there with Adri for a few minutes, and then we sadly realized, that you really can’t make everything at home. My taste buds drowned in the cream, but amid my huge emotions I retained enough strength to come to the conclusion that, up to this moment, I had never eaten good chestnut cream, and I had never eaten good somlói. 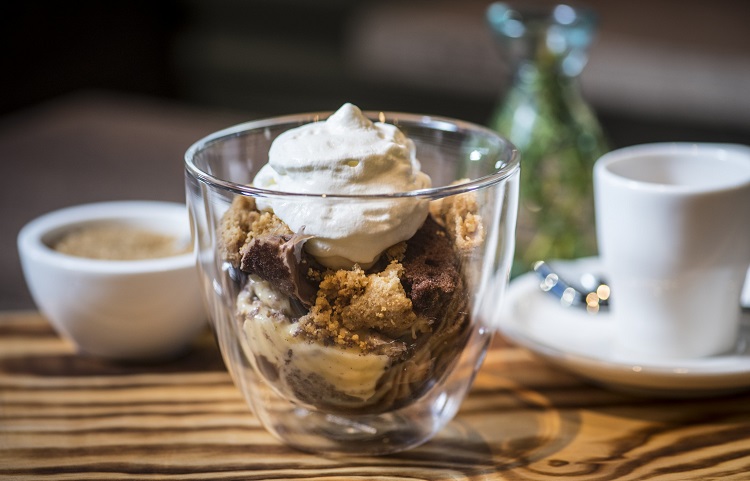 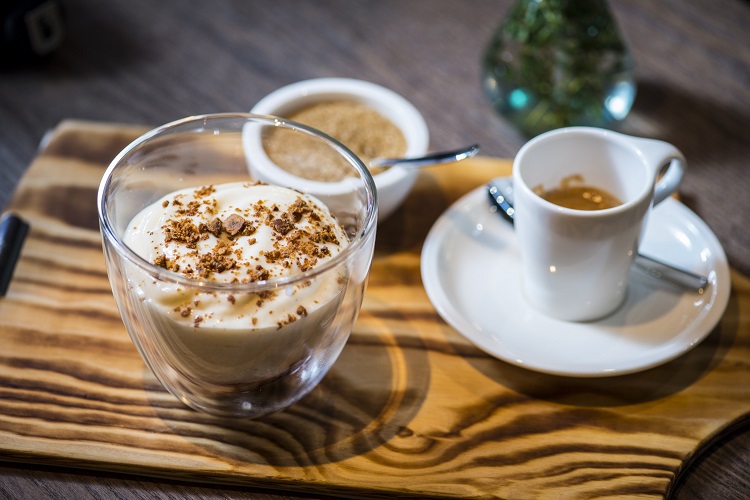 It was extremely difficult for me to get around to writing this piece. Many people view Stand 25 as a snob establishment, since three courses will run you 5000 forint (16 euro); this isn’t cheap, but this kind of experience costs far more at Michelin-starred spots, and those aren’t like this either. Somehow, there has never been anything like this. Ultimately, I gave up and bowed down before Tamás Széll. There are two unusual elements in this article. The first, is that this is the first Men & Tál [and Gourmet Minutes] article, where the chef isn’t holding a dish in the cover photo; the other, is that for none of the dishes did I write about why they were good. I would not put a particular food in Tamás Széll’s hands, his “dish” is Stand 25 itself, which is the first place I’ve been where I quite simply ate, and loved it, and that was all.

Translated from an article by Péter Csákvári at gastro blog Men & Tál.

Be sure to check out the rest of our Gourmet Minutes, as well as all of Men & Tál’s Hungarian-language blog posts. 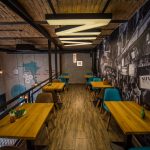 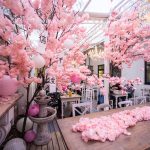 Gourmet Minutes: Vintage Garden – A Feast for the Eyes and the Stomach