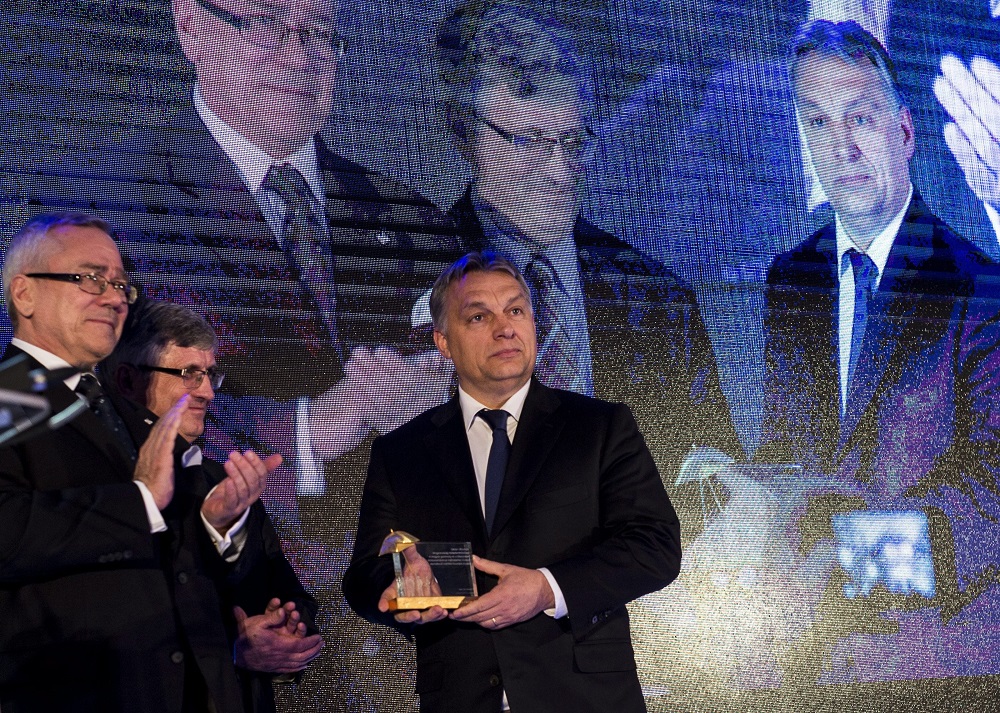 Strengthening national capital and making it competitive is not only a business matter but also a matter of freedom, the Hungarian prime minister said after receiving a prestigious Polish award. Viktor Orbán said in Warsaw that he could not imagine a free Hungary or Poland where national capital is pushed into the background and denied help in order to overcome a disadvantage to the West resulting from forty years of communism.

Orbán said he had always appreciated the European Union’s rules on free competition but believed it is an obligation of central European countries to make every possible effort to strengthen national capital, albeit within the limits allowed by EU rules. He described Hungary to his audience of around 200-250 people as a “black sheep” in political terms and a “success story” in economic ones. “We want to change out poor reputation that has developed by demonstrating our economic success that makes us winners,” he added.

Orbán urged “everyday economic cooperation” between Hungary and Poland to be strengthened. “Europe’s future is here in central Europe.” Orbán received the Golden Umbrella award in recognition of his economic policy. During his visit to Warsaw on Thursday, Viktor Orbán also met Polish PM Ewa Kopacz  as part of an effort to show that Hungary’s growing closeness to Russia does not mean the country is turning its back on its traditional alliance partners.