Every year on 27 October the world celebrates World Tourism Day. Hungary Today had the opportunity to sit down for an interview with Gloria Guevara Manzo, president-CEO of the World Travel and Tourism Council, business executive with experience in the private and public sectors and former Secretary of Tourism for Mexico. She talked about the potential of Budapest’s tourist attractions, the effects of mass tourism, labor shortages and the importance of cooperation between governments and private sectors in the tourism industry.

As an expert in tourism, as well as a tourist in a country you have never visited before, what is the best thing about Budapest? Can you emphasize a tourist attraction or something that works well here?

This is my first time in Budapest and I was really looking forward to this visit. I’m very impressed, it was totally unexpected; I thought it would be different. I love it! The combination of the culture, the heritage, but then, you also have modern places. It’s fascinating… the preservation of the cultural locations, for example, here in the castle district. It is very clean, very organized. We have seen the Matthias church and the Parliament. Budapest has a very impressive potential to grow its tourism and attract more visitors from all over the world.

Just recently, a study showed that Hungary is among the worst countries in Europe for over tourism and mass tourism. Budapest was listed among cities like Barcelona, Amsterdam, Paris and Milan. Do you think that’s the case in reality? There are districts mainly in downtown Budapest that are claiming it’s unbearable, while others don’t really sense it.

We conducted a study last year with McKinsey about overcrowded tourist destinations. There are recommendations based on the findings of that research. We have also started workshops and working with these destinations to overcome these challenges. But on our list, Budapest wasn’t highlighted. I don’t know the reality.

However, the difference between destinations that are facing overcrowding and destinations that are managing the volumes well is long-term planning. Planning with the community at the center. These countries should engage the public and private sector and the community as well. A plan with only the government is not enough. A plan with only the private sector is not enough. You need to include all: public, private and community (PPC). The countries that have this are the most successful. They are managing the growth and maximizing the benefits of tourism. But for this, working together is crucial.

As former Secretary of Tourism for Mexico, do you think it is a good thing when the government plays a role in tourism? I’m speaking of the fact that in Hungary, everything tourism related is in the hands of one governmental organization, the Hungarian Tourism Agency, which has close ties to the government. Is it good for the tourism industry? Do you think there should be a limit to their involvement?

In the most successful cases, the private sector is involved. If you only have a plan with 100% of government… well, governments change. When a new power comes, they sometimes don’t continue the plans and try to start everything from scratch. The long-term plan should be in conjunction with the private sector. You need to put what’s best for the citizens first. The best case is to engage stakeholders. The government needs to be involved, absolutely. They need to assign sources, infrastructure, ammunition and have the best policies so that the private sector can follow and invest. It’s like a domino effect, when the public sector invests in infrastructure, for example, the private sector will also invest. In the most successful cases, tourism is also separated from the head of the state. When the president or prime minister assign priority to tourism then the rest of the cabinet supports it. They may invest in airports, training the workforce and everyone should be happy. 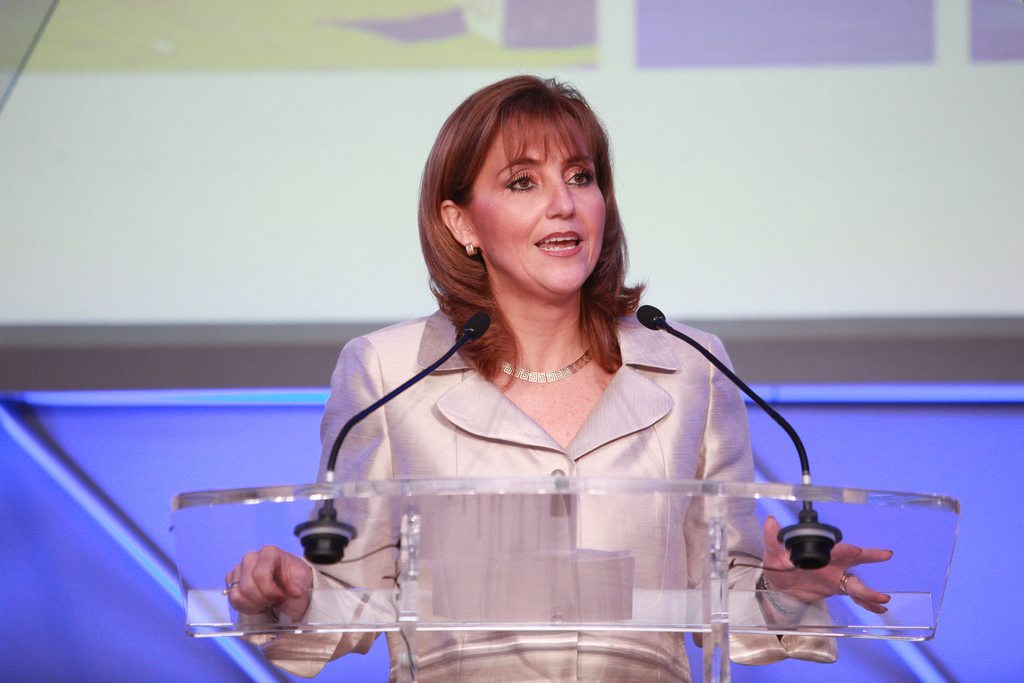 Gloria Guevara is the first female CEO of WTTC and former Secretary of Tourism for Mexico. (photo: WTTC)

The main topic of this year’s World Tourism Day is digitization – the use of technology in the industry, including artificial intelligence and virtual reality. In Hungary, the main problem with the industry is the labor shortage; a lot of workers are moving to western Europe to work there instead. Do you think digital technology can solve this problem by replacing the human workforce?

Ideally, tourism gives you an opportunity to create jobs so people don’t have to leave the country. No one likes to leave their country, they leave because there’s a lack of opportunity. But if you look at the jobs created, 1 of every 5 was in tourism. The contribution of tourism to the global GDP is 10.4! Bigger than healthcare or agriculture, bigger than any industries. Why is that? These are services. They are very personal. Now, can or will technology replace these jobs? Absolutely not. Technology is helping us to create more jobs. You talk about artificial intelligence and virtual reality…VR can help you to see a destination, but it’s not going to replace it. For example, if I want to come to Budapest and have a VR app on my phone, it shows me a bit of Budapest. I will get excited to see the sites in person. It can be used to promote destinations and to improve the experience. Technology is actually an ally, but it cannot replace human contact.

World Tourism Day is commemorated every year on the 27th September, the day when World Tourism Organization (UNWTO) was established in 1970. This year, UNWTO holds the official celebration of World Tourism Day 2018 in Budapest together with the Hungarian Tourism Agency and Ministry of Foreign Affairs and Trade. The theme of this year’s WTD is “Tourism and the Digital Transformation”. 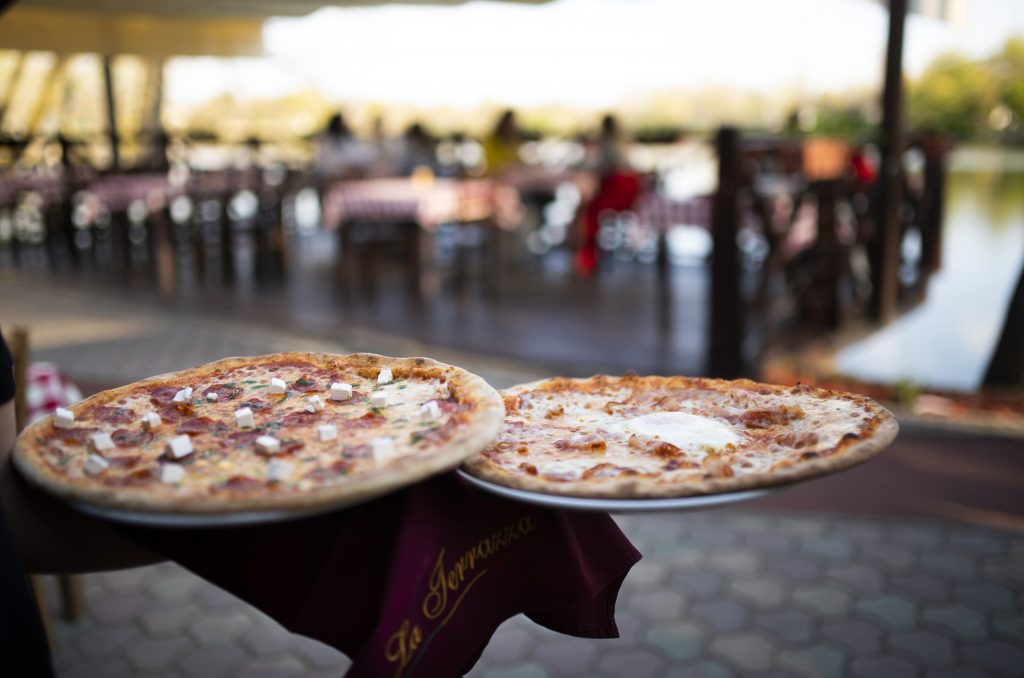 Tourism at Lake Balaton is off to a good start this year, according to Balázs Csapody, owner of the Little Grasshopper restaurant in Balatonszemes and president of the Pannon Gastronomy Academy. The restaurant owner told business newspaper Világgazdaság that despite recent price increases in Hungary, accommodation reservations do not appear to be receding, nor do […]
Tamás Vaski 2022.06.17. 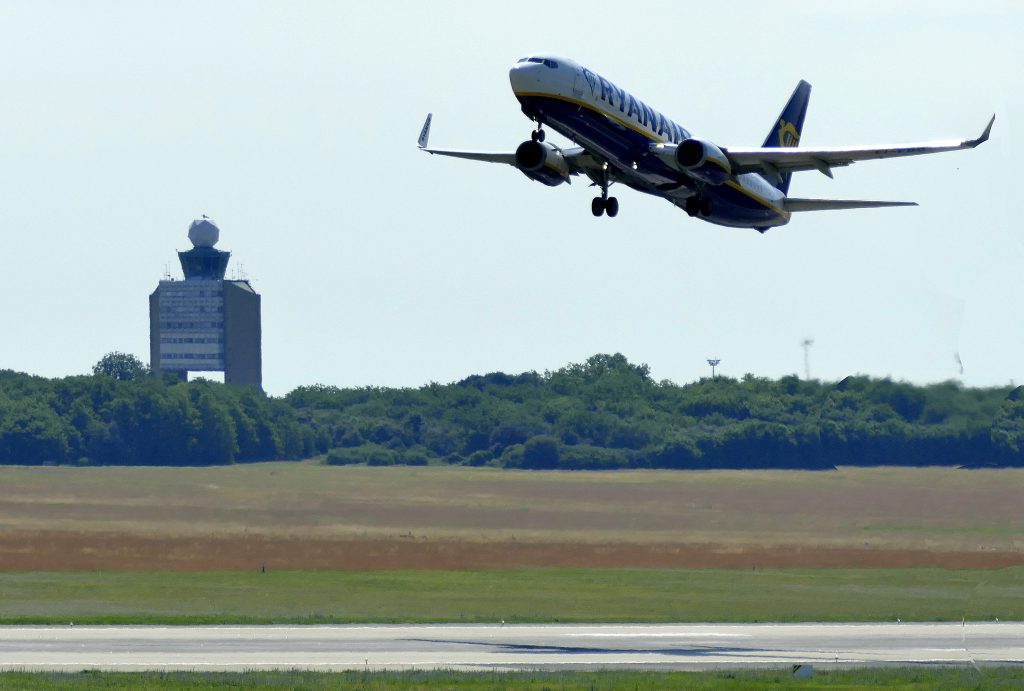 Nearly three times as many plane tickets have been purchased in Hungary within the first five months of 2022 than in 2019, a trend which is expected to continue upwards, 24.hu reports. Here are the top destinations Hungarians are travelling to in 2022. In a major bounce back from the hardships of the Covid period, […]
Tamás Vaski 2022.06.03.