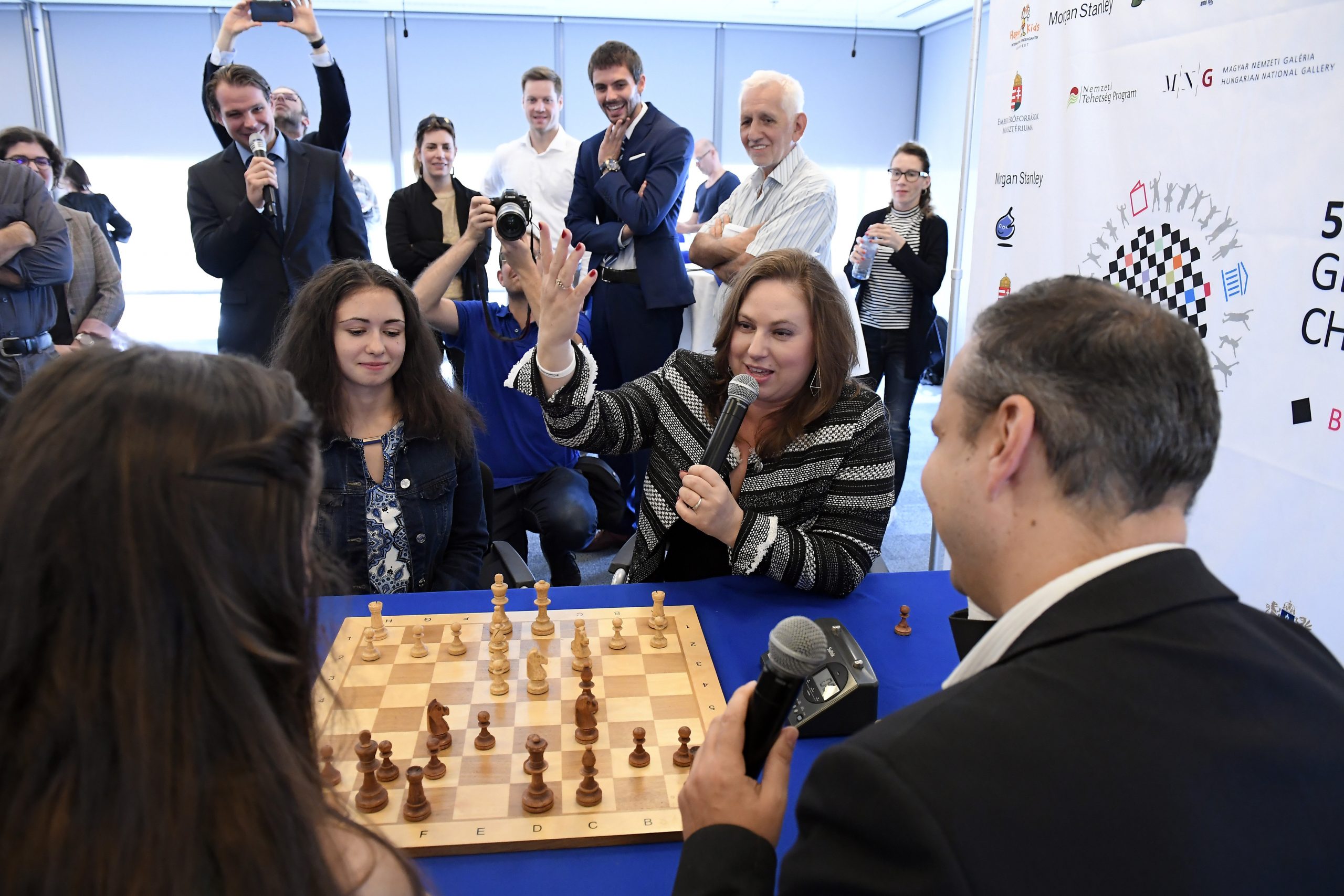 The organizers have been working hard on the preparations of the 6th edition of the Global Chess Festival. As many other activities in 2020, it will run mainly on an online platform, but some programs will take place at the Hungarian National Gallery as well. Whatever the circumstances may be, the majority of the programs shall take place as usual, what’s more, there will be some new elements, too: tournaments, talks on chess and its relation to sports, sciences, arts and education, surprise guests, exclusive chess films as well as chess puzzles, coding games and chess math for kids. Organizers from all around the world are invited to join online with their own chess events on the same day, offering more publicity and enabling networking. The notion – Chess Connects Us – is even stronger in the virtual space.

In 2019, thousands celebrated the connection between art, sport, education and science at the 5th Global Chess Festival

Chess connects us. This motto has long been Judit Polgar’s personal belief and the guiding idea behind the Global Chess Festival, which took place for the 5th time at the Hungarian National Gallery in 2019. The event allowed fans to see the legendary trio of the Polgar sisters together again after a long time, while sports enthusiasts could also personally meet former World Champion Vladimir Kramnik. Last year’s festival, which was brought to life by Judit Polgar, had joint events in 30 different countries worldwide across multiple locations and was attended by thousands of international visitors, who took part in the vast variety of events during the course of the day. A particular highlight was the Chess Connects conference that was conducted by notable representatives of international science.

Former World Champion Vladimir Kramnik also paid tribute to the festival and was followed around by dozens of children all wanting a selfie with their idol.  The Russian grandmaster joined Judit Polgar at the Champions Talk, a discussion that aimed at discovering an answer on how to become a cutting-edge chess player. In addition to offering insight into their competition experience, the two world-class players shared their views on the scientific, educational and artistic aspects of chess. Subjects such as how to synchronize the career of a top athlete, parenting and the topic of gender were also discussed.

The Goodwill Ambassador of Chess award, which was founded by the Judit Polgar Chess Foundation, returned for the second year to reward some of the most extraordinary achievements within the fields of sport, education, science and art.

The Global Chess Festival’s international status was raised by its conference with renowned scientists, world-famous chess players and educators. Ken Rogoff, a professor at Harvard University, showed how he could use his experience as a chess player in his earlier career with a special focus on the human factor. Neuroscientist Sylvester E. Vizi, president of the Friends of Hungary Foundation, gave a lecture on artificial intelligence, which was also discussed by international female chess master Natasha Regan and grandmaster Matthew Sadler, co-authors of the bestselling book on AlphaZero. Spanish specialist Leontxo Garcia outlined the benefits of chess in education, Chilean singer Juga compared the universal language of chess and music, and grandmaster Susan Polgar highlighted the success of the institute she has founded (SPICE) to encourage college chess.

Sofia Polgar and her husband, Grandmaster Yona Kosashvili won The Inspiration Cup, the 1st hand & brain tournament ever organized in the history of chess. It was not only a spectacular game for Grandmaster pairs, where one team member was the ‘brain’ and the other was the ‘hand’, but also a prestigious example of mixed gender competitions at the event.

One of the most important aspects of the tournaments of the Global Chess Festival is the fact that girls and boys get equal opportunities by playing in the same group. In this crucial mission for gender equality, Judit Polgar found a partner in the festival’s main sponsor, Morgan Stanley. For years, the company has invested heavily in the development of mathematics, science and technology education in the country, and has paid particular attention to equal opportunities and to enabling girls to achieve a future in these fields.