“Give Back Something To Our Homeland” – Interview with Mr. Gyula Elemér Balogh, President of the Americans for Hungarians Foundation

How did the American Hungarian Club begin? Where did the idea come from?

My father, Dr. Elemér Balogh, worked for 40 years to help Hungary from the US and from Austria. In 2005 the Hungarian Conference of Catholic Bishops presented him with their highest award for his extensive work [the Pro Ecclesia Hungariae Award]. Before my father died, he asked one thing of me, which was to use my extensive business experience on behalf of Hungary. This was the thought, the task that he passed on to me.

In 2009 we founded the American Hungarian Club, in the spirit of “giving back” to Hungary. After all, this is our home, our ‘old’ home, and we would like to give back to our homeland something of what we ourselves received from our parents. Following an inaugural celebration held in the Budapest castle district in 2009, which was attended by 250 Hungarians and Americans, artists, and inventors, and the US Embassy, the American Hungarian Club began its work. 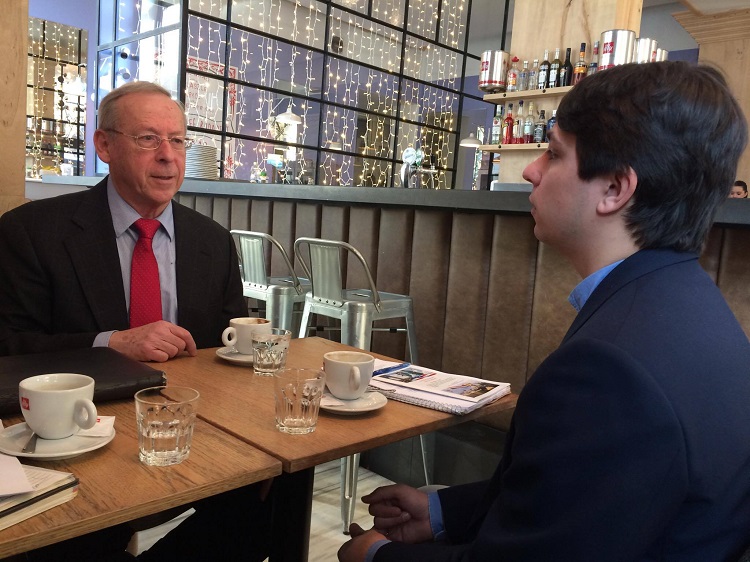 How did the Club’s first initiatives go?

In 2010 the Club was transformed into a foundation. We registered the Amerikaiak a Magyarokért Alapítvány (Americans for Hungarians Foundation) as a non-profit here in Hungary, so that we could help those in need and support the work of young inventors. We helped those affected by the [2010] flooding, we ran children’s camps at Lake Balaton, and organized charity balls. 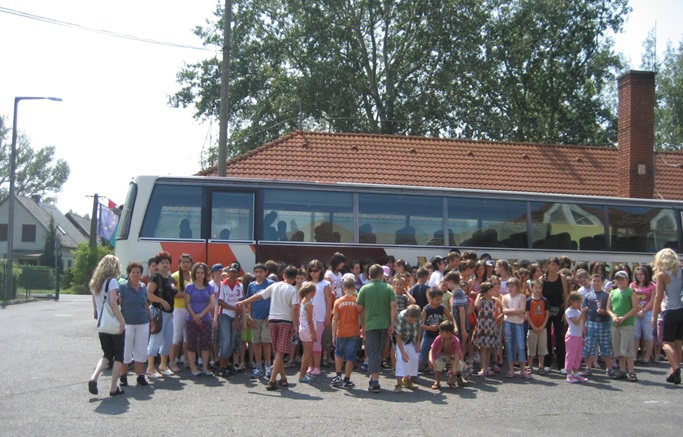 100 children who were impacted by Hungary’s 2010 floods, at the Foundation’s summer camp on Lake Balaton

In addition, we worked to support young inventors and scholars to bring their products to market, and to find financing in America for their research and inventions. We organized ‘business bourses,’ where Hungarian and American business people can meet and exchange views. I feel that business and tourism is very important, because if we want to help Hungary than we need to support its commerce and its economy. When US Ambassador Colleen Bell arrived in Hungary we hosted her and her family, and 60 persons at the Hungarian State Opera at the Bánk-Bán performance, so they could get a feeling for Hungarian culture and meet persons from various segments of Hungarian Society. 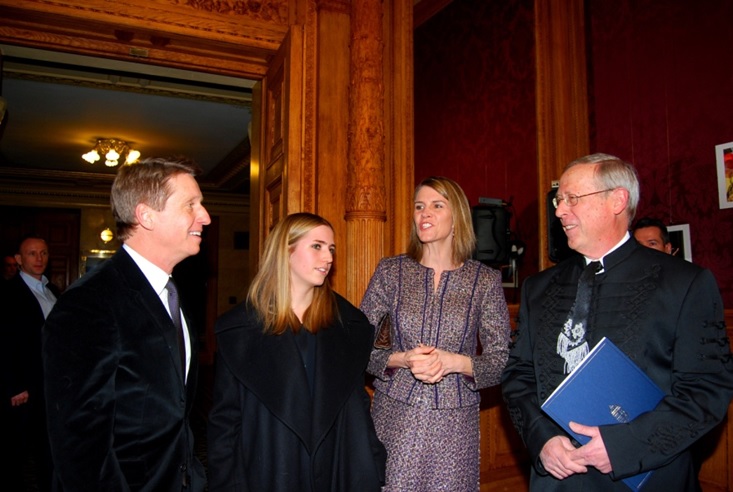 For me, though, the thing that interests me most about the Foundation’s work is the idea of innovation. I have taken to saying that “Hungary is a land of inventors.”

What sorts of innovations do you have in mind?

I like to support those innovations and inventions that help society as a whole, particularly in the realms of healthcare, environmental protection, and energy.

The Foundation’s main tasks are running social programs and finding financial support [for innovations] then?

Our other main goal is to work to improve American-Hungarian relations; we work to build bridges with exchange programs, conferences, and forums. 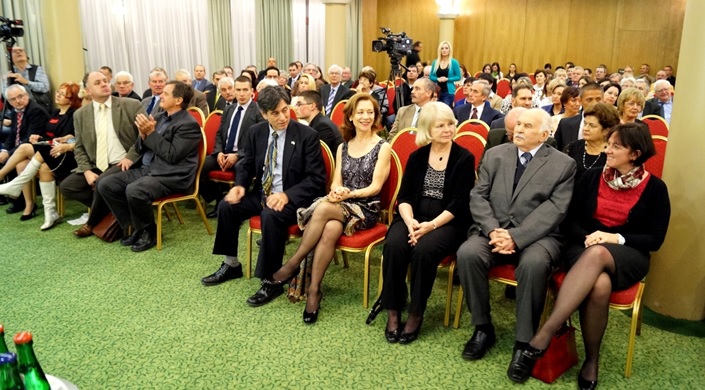 To what extent are young people active in the life of the foundation?

Younger people prefer to do things in their own way. The older Hungarian-Americans came from a different, much more difficult background. It is slightly difficult to find volunteers, because our management is older and can work pro-bono. But one of our young Kuratorium members, Csapó Harold Gábor, is leading the effort to include the younger generation. It is important for someone to take this work over, because otherwise the foundation will cease to exist…many Hungarian organizations in America have disappeared due to a lack of fresh blood.

What is the relationship between your Foundation and the American Hungarian Federation?

The Federation is a separate organization, of which I am the Co-President (Ákos L. Nagy is President). The two organizations have different roles.

The Federation is a non-profit registered in America (chartered in 1907), while the Foundation is a non-profit registered in Hungary, but as a bridge of sorts the two work very well together. For example, when we were raising money on behalf of those impacted by the [2010] floods, the Federation also raised money and donated it to the Foundation, and in Hungary we made sure that those donations made their way to those in need (we currently have an all volunteer organization).

Overall, what are the chief differences between the two organizations?

The American Hungarian Federation is oldest Hungarian umbrella organization in the US, and has a charter to help Hungarian immigrants in the US, as well as “defend the good name of Hungary against attacks and defamations”. Currently it works more on the latter, in the realm of education about country politics, particularly on issues facing Hungarian minorities [in countries neighboring Hungary]. By the way, the American Hungarian Federation is celebrating its 110th birthday this year.

The Foundation’s work is much wider and more hands-on. Besides charitable works, our goal is to provide concrete support to Hungarians, especially for inventors; we will provide not only business and financial contacts, but marketing classes as well, and we also help build relationships between inventors and experts in their given fields. We work with the Hungarian Innovation Center, Inc. in the  US  which has leading Hungarian and American professors, scholars, and business persons on their team. The world class advisors include, for example, Dr. E. Szilveszter Vizi [chairman of the board of the Friends of Hungary Foundation and former president of the Hungarian Academy of Sciences], Professor Don Sexton [world renowned Professor of Marketing at the Columbia University Business School, taught at leading B-Schools worldwide, and consultant at over 90 multinational and startup firms], Dr. András Pellionisz (Silicon Valley), Dr. Ernő Sajó (University of Massachusets), Dr. Zoltán Mari (Johns Hopkins University), Dr. Stephen Csorna (Vanderbilt University) and others.

Are the balls that your Foundation organizes in Hungary or in New York?

We organized two charity Rajkó Balls in Hungary, and this past November members of our Foundation helped to organize the elegant Piarist Charity Ball in New York. I was a student at a Piarist school in the United States as well, by the way. For 55 years this ball was the third most-prestigious ball in New York City, and in the past was a very famous ball. Eight years ago, the elegant lady who ran this ball passed away, and so we had to revive the ball; this is when they asked me to serve as President of the Piarist Alumni Association. We formed a ball committee, with Dr. Thomas Hilberth as Chair, and were successful in reviving the ball. We succeeded in securing many guests of honor from Hungary and America, such as Dr. E. Szilveszter Vizi, Dr. Réka Szemerkényi [Hungarian Ambassador to United States] and Ferenc Kumin [Consul General of Hungary], and Tamás Péterffy [CEO of Interactive Brokers, and one of the most successful Hungarian immigrants to the US], Dr. Peter Forgach  who was honored for his charity work, and Adam de Nagy grandson of the Piarist ball founder. We held the ball in one of New York’s most elite clubs, the University Club. We are planning on hosting the ball there this year as well, on November 10.

What happens at one of these balls?

We introduce our guests to Hungarian art, music, and dance, and of course the Piarist legacy. This is important, since more than half the guests at this year’s ball were Americans.

As President of the Association, I invited Donald Trump as well (his home is in New York City), prior to the election. He responded to my invitation, but was unable to attend since the Ball was two days after his election.

I would describe the Piarist Ball as a huge success, since we received lots of positive feedback, and succeeded in raising tens of thousands of dollars for the Piarists. This ball is primarily a fund raising event since standard tickets were $450,  but is also a place where  high society can meet and enjoy a wonderful Hungarian experience. 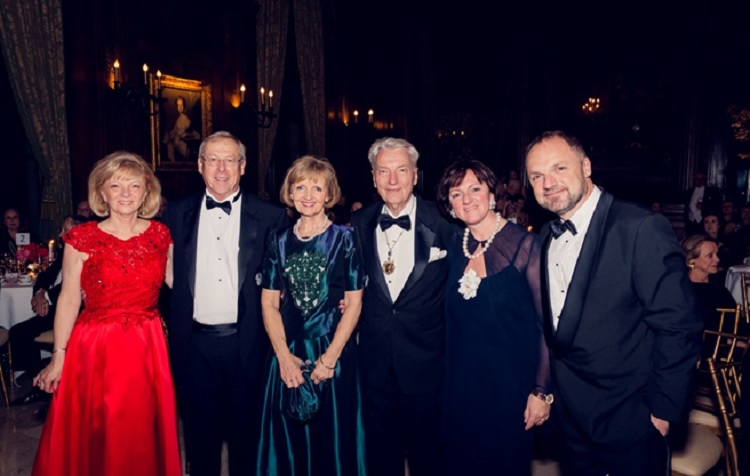 What sort of relationship does your organization have with other Hungarian organizations in the New York area?

We are quite well acquainted with each other, and know of each other. We are close to the  Hungarian House [Magyar Ház]  which my father was instrumental in founding in 1966, and to the Hungarian Scouts. Our new kuratorium member, Dr. Judit Kerekes, runs the American Hungarian Schools Meetings (AMIT-NY.org) in NY as well as nationwide. We are also close to the New York Hungarian Scientific Society; this is also partially due to the fact that our clubs’ technical goals align.  We work with the American Hungarian Chamber of Commerce of NY (especially Tamás Barát and Kálmán Magyar). There used to be more organizations in New York, but many have since moved to New Jersey or to the suburbs. Nowadays the largest concentration of Hungarian-Americans in the region is in New Brunswick, New Jersey. They organize a Hungarian festival in June of every year that attracts thousands of visitors. They have  a 300 person capacity Hungarian American Athletic Club which hosts many events and a Hungarian Museum.

Your Foundation’s website features political opinions that are more open than what one would find on the sites of many Hungarian American and civil-society organizations. To what extent is your Foundation involved in politics?

What we feature on our site is not so much opinions as it is information and analysis about what is happening in America. We do not take part in Hungarian politics. We provide information about America, because it is important for us that Hungarians know that what they hear in the press is not always reflective of the truth. Americans are a friendly people, and are open to foreigners and to other cultures. It is only in American politics that this idea comes across that Americans “don’t like foreigners” or  that they think negatively of Hungary.

In any case, this is a Hungarian foundation, and we are discussing American-Hungarian relations. This is why we find analysis of current events to be important, because we work to inform and spread the word about what is happening in the world with regards to relations between the US and Hungary.

The American Hungarian Federation’s site does not include much in the way of political writing.

Because we are a Hungarian Foundation, compared to the US based Federation, we are able to express our views about American politics more openly. Hungary has received much criticism in the past by politicians, but constant criticism does not help build relationships. In any case, it is certainly true that with the Foundation we can express ourselves differently. Our goal is not to criticize, but to analyze in a more open way the relationship between Hungary and America, and make suggestions for building improvements. 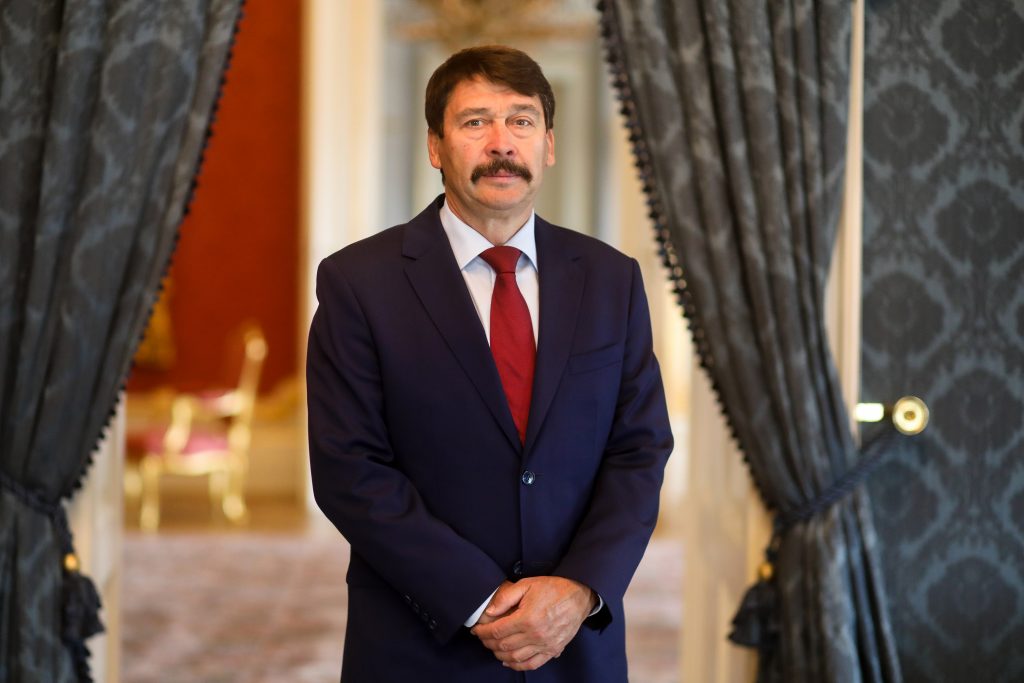 Politics can be Christian, but this is not the fashion of our time, the outgoing President of Hungary confesses. He favors debate and dialogue, but he believes that the quality of political discourse has deteriorated significantly since the fall of the Iron Curtain. Áder has actively worked to represent the national interest and Hungarian values […]
Zsófia Nagy-Vargha 2022.06.03. 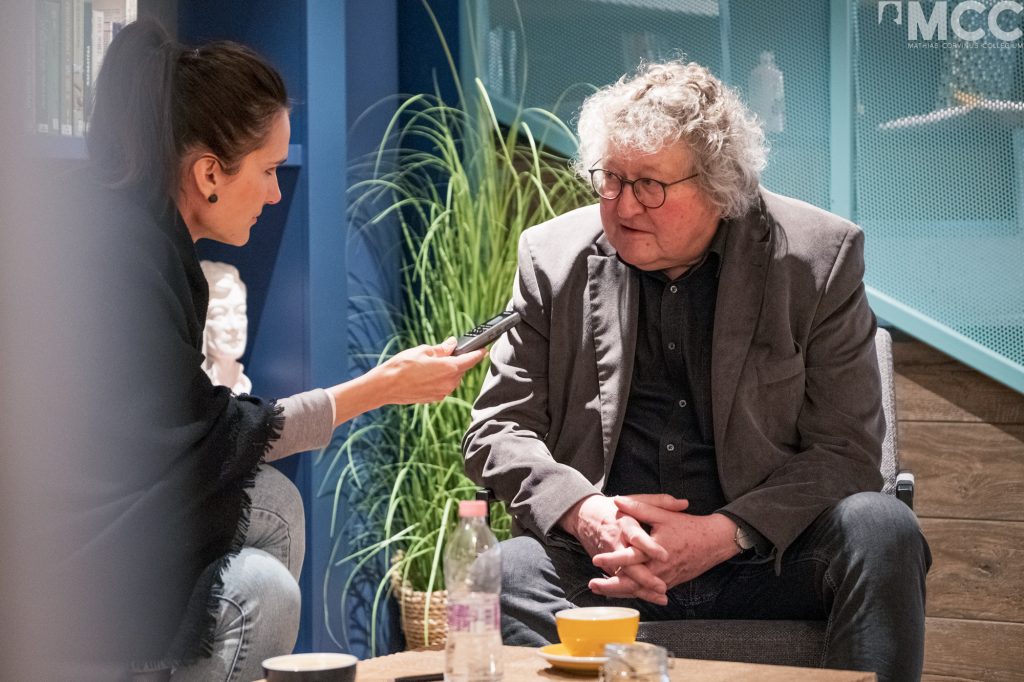 “Von der Leyen and her circle, as well as the SPD and its chancellor, cherish the idea that Viktor Orbán has transformed his country from a flourishing democracy, where there have been regular changes of power, into an autocratic state with elections that merely appear to be free. And a ’semi-dictator’ is congratulated only when […]
Zsófia Nagy-Vargha 2022.04.29.