Gourmet Minutes: Gettó Gulyás – A Delicious Mix of Old and New in a Legendary Bar-Turned-Restaurant

Of all Budapest’s streets that ring with the noise of tourists and party-goers, Dob utca is perhaps the one that has been such an iconic location for such a long time, that one could even say that it has grown up. While it is only since the end of the 2000s that one could say this about the entire area; however, this is more than enough time to see people, if they run a successful business in a given area, and are still open to this day, start to “get serious.” The spot in question here is one of these Dob utca “grownups,” which admittedly may seem misleading if we consider the fact that it has only been open for two years. 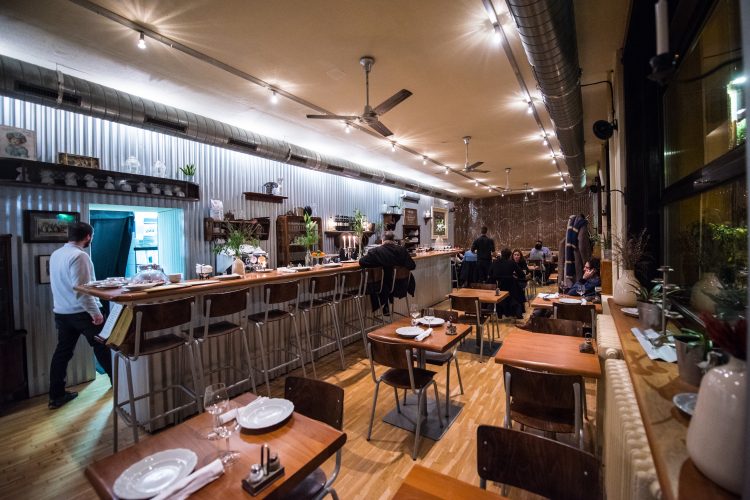 The story, such as it is, goes as follows: in the mid-2000s, a group of friends riding the wave of ruin pubs that was just about to hit the city, launched a bar by the name of Szóda. Their main reason for doing so was so that they could have a place of their own, where they could have fun, talk, and drink together, while at the same time earning a profit. The bar gained a large following of loyal regulars, and managed to write its name into the great book of Budapest’s “Cult” bars, as well as into the memories of a generation. As the years came and went, however, the group of friends grew up and had kids of their own; they no longer had the drive to spend every night hanging out in a loud, packed downtown bar. Instead, they needed a place where they could eat dinner with their friends and family. This is how Gettó Gulyás, a place which combines the loose, relaxed atmosphere of Szóda with traditional Hungarian cuisine, was born. 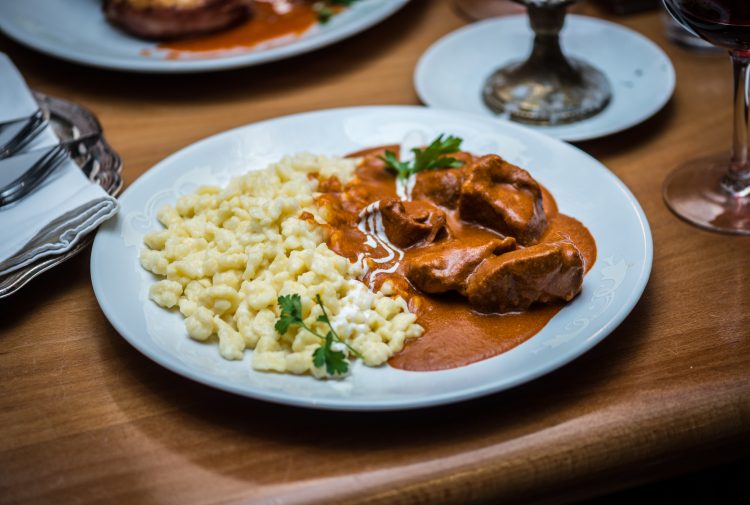 While the idea may sound corny, I can count on one hand the number of old-school Hungarian restaurants I know that are not low-quality ‘csárda’ copy-cats where the only thing that the waiter can tell you about the wine is that it’s a “house red,” and where the most popular dish is flash-frozen schnitzel cordon bleu. Hungarian cuisine, such as it is, has been successfully resurrected over the past few years, as you can now find better and better fine dining spots in Budapest and in the countryside as well. However, large portions of pork stew and catfish paprikás unfortunately remain the domain of the above-mentioned, dying world of ‘csárda’ restaurants. Gettó Gulyás has successfully broken this mold, and are operating a new, youthful unit; while this might not come across at first, it becomes perfectly clear within the first 10 minutes of entering the restaurant. 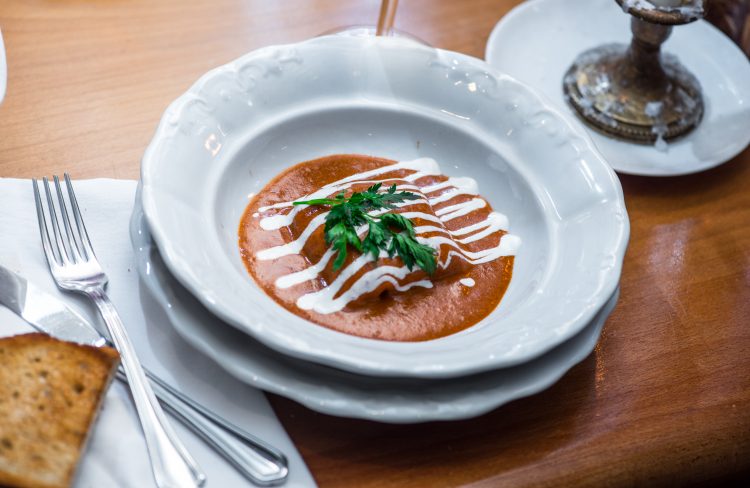 The menu is brilliant! And the reason it’s brilliant, is that you won’t find a single person in this country who couldn’t find something to their liking on it. The menu is made up mainly of pörkölts (stews) and other classic Hungarian dishes, and naturally includes an unbeatable goulash soup as well. Portions are so large that they have already had to reduce their sizes once, since it was pretty difficult to finish the food on one’s plate. Dishes come served with fresh, homemade bread. Just as, in elite restaurants, it’s customary to offer bread and butter as a complimentary appetizer, here the waiter brings pork crackling pâté and a home-baked loaf to the table. With the exception of the vegetarian options, everything here is cooked in lard that the restaurant has prepared itself, of which you receive a small jar upon leaving. Likewise, on the dessert front there’s nothing that will surprise anyone born in Hungary: the Somlói Galuska (Hungarian Trifle) and one of the city’s best turó (cottage cheese) dumplings are the highlights of this portion of the menu. The drink selection is also the ‘old-accustomed,’ but quality-wise it’s by no means in the homemade category, since in terms of the hospitality industry ‘homemade’ is generally only a good sign on the food side of things. They have a huge selection of palinka, but the most unique ones are their vegetable pálinkas; of these, I can warmly recommend the beet. 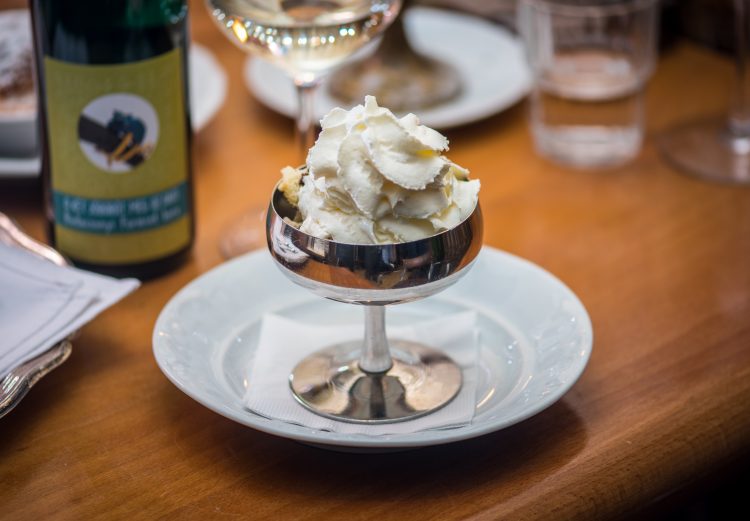 The interior likewise shows this mix of old and new. The one wall is made up of haystacks behind a layer of Plexiglas; it’s Hungarian, without overdoing it on folk-art motifs everywhere. In the smaller dining area remnants of the old Szóda bar have remained, complete with dozens of soda-water bottles. This is the type of place that I would bring foreign friends if they wanted to taste Hungarian food. At the same time, this is also the kind of place that I would take my parents out to dinner. Up till now, I have had a hard time finding an answer to these sorts of questions. Luckily, Gettó Gulyás has gone a long way in restoring the honor of pörkölts everywhere. 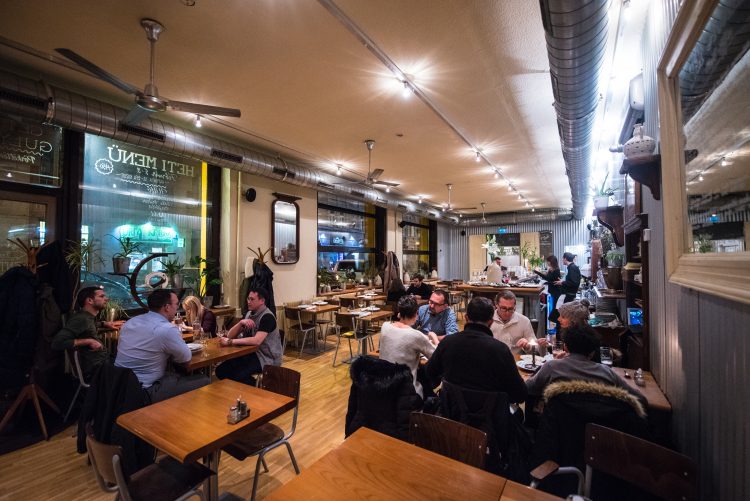 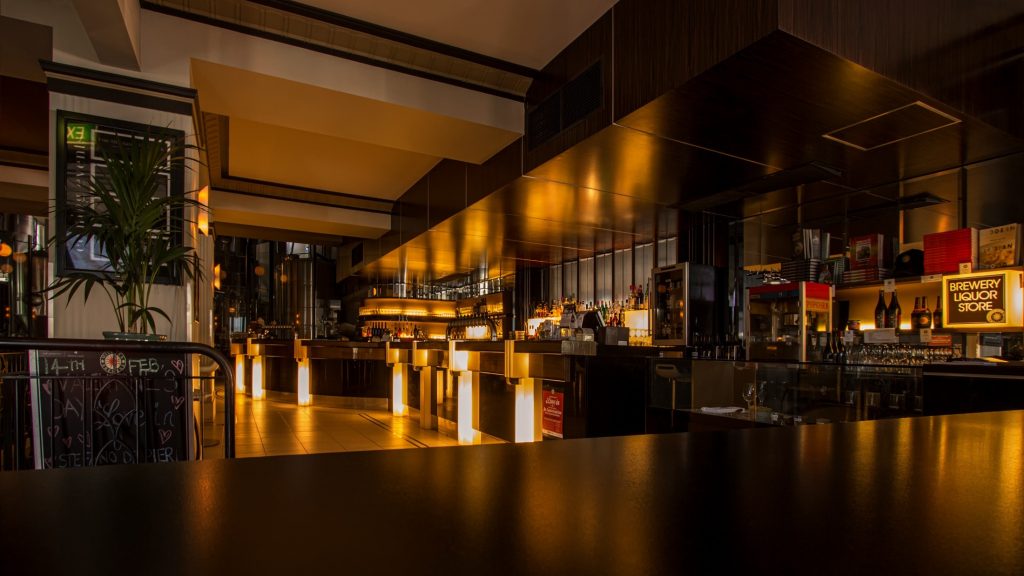 The Michelin Guide has recently published its recommendation for Hungary as a whole, which includes a number of restaurants in the countryside, several of which have been awarded a Michelin star. The article shows that if you want to eat in a Michelin-starred restaurant, you do not necessarily have to pay high prices, as many […]
Hungary Today 2022.11.23. 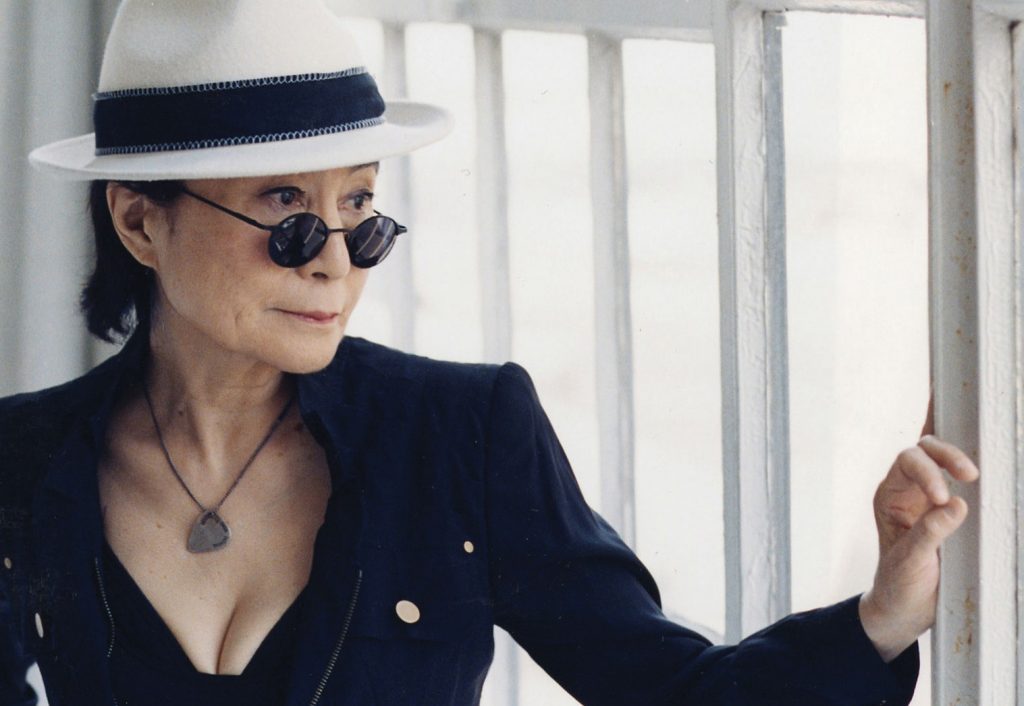 Works related to the themes of peace from the oeuvre of Yoko Ono, the best-known contemporary Japanese artist and musician and former wife of John Lennon, will be on display at the exhibition The War is Over! If You Want It – Tribute to Yoko Ono, an exhibition opening on Sunday at the Hungarian National […]
MTI-Hungary Today 2022.11.22.