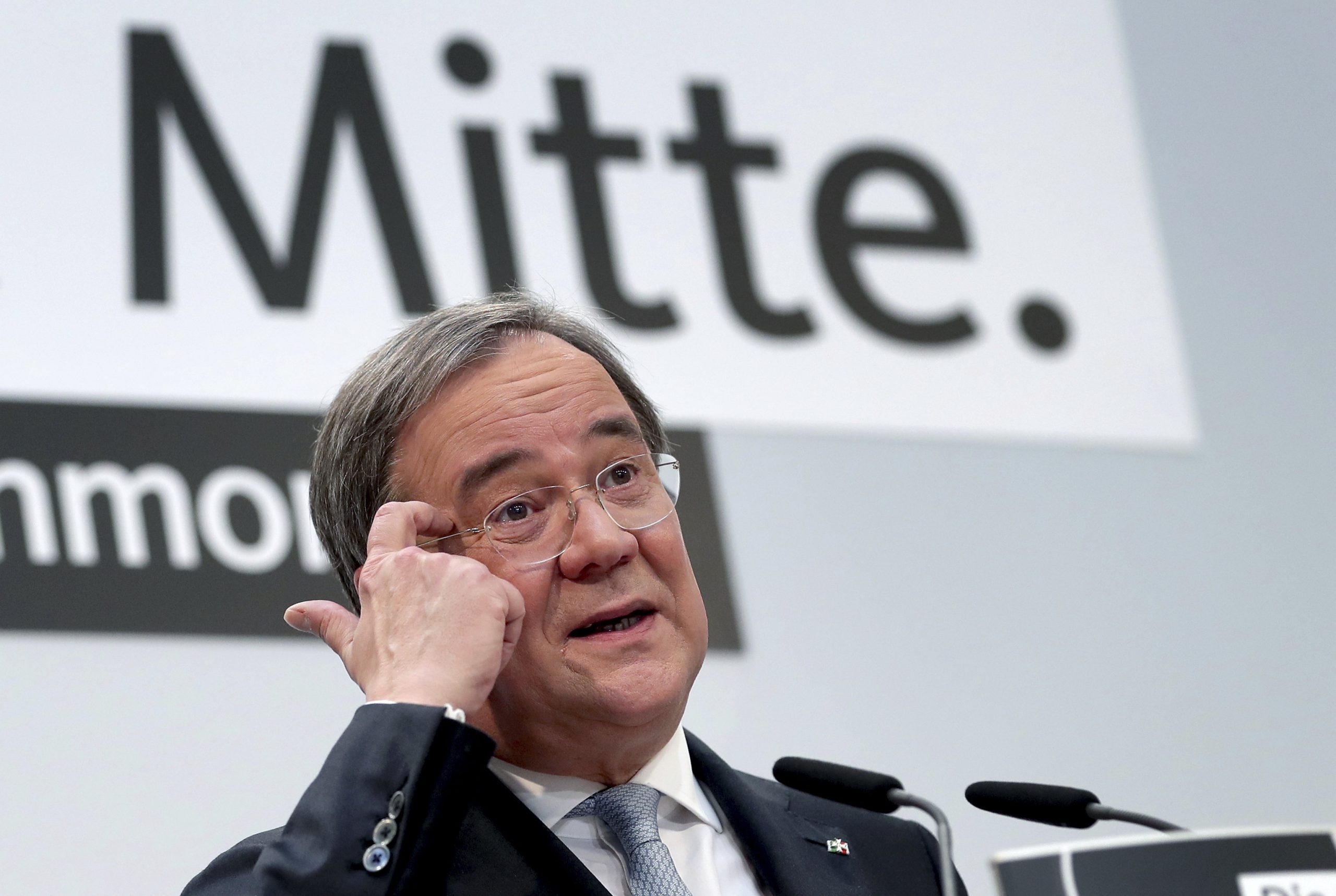 Armin Laschet has come one step closer to becoming Germany’s Federal Chancellor through his election as the new chairman of the center-right Christian Democratic Union of Germany (CDU), which gives him the greatest chance of becoming Angela Merkel’s successor. The question of whether the party will change its course in any direction and in any way remains to be seen. The super election year in Germany will most definitely influence the politics of the European Union and Hungary.  The newly-founded German-Hungarian Institute for European Cooperation at the Mathias Corvinus Collegium held an online conference on these topics, among other things. During the discussion at the virtual round table, the relationship between Fidesz and the European People’s Party was discussed, as well as who the future Federal Chancellor might be. Zsófia Nagy-Vargha, Editor-in-Chief of Ungarn Heute, questioned the Institute’s Director Bence Bauer, Ernő Schaller-Baross MEP of Hungary’s ruling Fidesz-KDNP, and Ágoston Mráz, head of the polling firm Nézőpont Institute.

The original article was published by our sister site, Ungarn Heute. Translation by Péter Cseresnyés.

“Europe is experiencing a crisis, for this reason alone the German-Hungarian cooperation must be exemplary,”  said Bence Bauer, director of the German-Hungarian Institute, in his opening speech. He also stressed the importance of mutual dialogue and the need for both countries to learn from each other.

The European lawmaker of FIDESZ-KDNP also emphasized: “The year of 2021 will not only be decisive in terms of German domestic politics, but its result will also affect all of Europe, including Hungary, of course.”

Ernő Schaller-Baross recalled that Germany was facing six decisive state elections, while the federal election would take place in September. “This will be a historic event, as a Chancellor who has never held this position before will be elected.”

When asked whether the Hungarian ruling parties had gotten along better with Friedrich Merz, the other candidate for the party chairmanship, the participants of the discussion replied that as the predictable, reliable, partnership-based policy-making will most likely continue in Germany, Laschet’s election is clearly beneficial for Hungary. They expect the new party leader to work together in a constructive, partnership-based manner, similar to that in Merkel’s time.

The German-Hungarian Institute for European Cooperation, newly founded on December 1, 2020, is intended to provide a forum for academic, scientific, and political dialogue between Germany and Hungary and to allow decision-makers and young people from both countries to become familiar with each other’s viewpoints and arguments, thought processes, and ideas. The exchange of information, network building, the promotion of young talent and the building of critical thinking all play a central role. For this purpose, the institute will publish publications and background reports on selected issues, organize conferences, symposiums, and expert discussions, as well as invite German-speaking academic staff and integrate them into the work of the institute and the public and scientific life of Hungary. The aim of this new forum for the German-Hungarian discourse is to deepen existing cooperation and to open up new levels of bilateral cooperation.

In reaction to the statement of Fidesz MEP Tamás Deutsch, according to which the newly elected CDU chairman could give new momentum to “settle the frosty relations” between the People’s Party and Fidesz, the participants of the discussion said that in their opinion, no decision will be made on the EPP membership of Fidesz.

However, they agreed that it was clearly in the interests of the People’s Party that it should remain the largest party group in the European Parliament. But to secure this they need Fidesz too.

Fidesz remaining a member of the EPP is also in the interest of the German left-wing parties; if the Hungarian ruling party remains, then there is means to attack the CDU. But if Fidesz is excluded, then the political left would lose its ‘plaything.’

Prime Minister Viktor Orbán on Saturday congratulated Armin Laschet in a letter on his election as the leader of Germany’s Christian Democratic Union (CDU). “I am convinced that the long-standing cooperation between Fidesz and the CDU has greatly contributed over the past two-and-a-half decades to the development of Hungarian-German ties and the outstanding economic success […]Continue reading

According to Ágoston Sámuel Mráz, the head of the Nézőpont Institute, no major changes in content are to be expected within the CDU, although Armin Laschet’s goal is clear: “’Zusammenführung’ to bring the CDU together. It is extremely important to him to integrate his opponent Friedrich Merz and to calm down the conservative camp, since, just like Merkel, he belongs more to the moderately liberal camp,” said the political analyst.

Only Ernő Schaller-Baross was certain of the election of Armin Laschet as party leader. Although Ágoston Sámuel Mráz also considered Merz’s victory probable, he said: “The CDU is a bureaucratic party, an association whose goal is to elect a Chancellor. Professionally it aims to seize power and maintain it.” In this respect, Laschet’s victory was to be expected.

Bence Bauer also shares the opinion that the Prime Minister of North Rhine-Westphalia will continue to pursue the pragmatic political course of being willing to compromise, avoid harsh statements, and try to prevent polarization. A good example of his diplomatic behavior is when he said at the first party congress after his election in Baden-Württemberg: “I’m also a Friedrich Merz fan.” According to Bauer, this was a tactically important statement, so this way he can address the disappointed Merz voters. Bauer said:

The state elections can also give Laschet new momentum. If the CDU succeeds in achieving good results, then that can set the mood of the election year.

In the election on March 14th in Baden-Württemberg, “both the party and Laschet could strengthen their positions and dominate the political terrain.” In the Rhineland-Palatinate region, the CDU is in opposition: “A small fix to the 2017 election results would already be a great result, actually Laschet has nothing to lose in these federal states,” says Bauer. 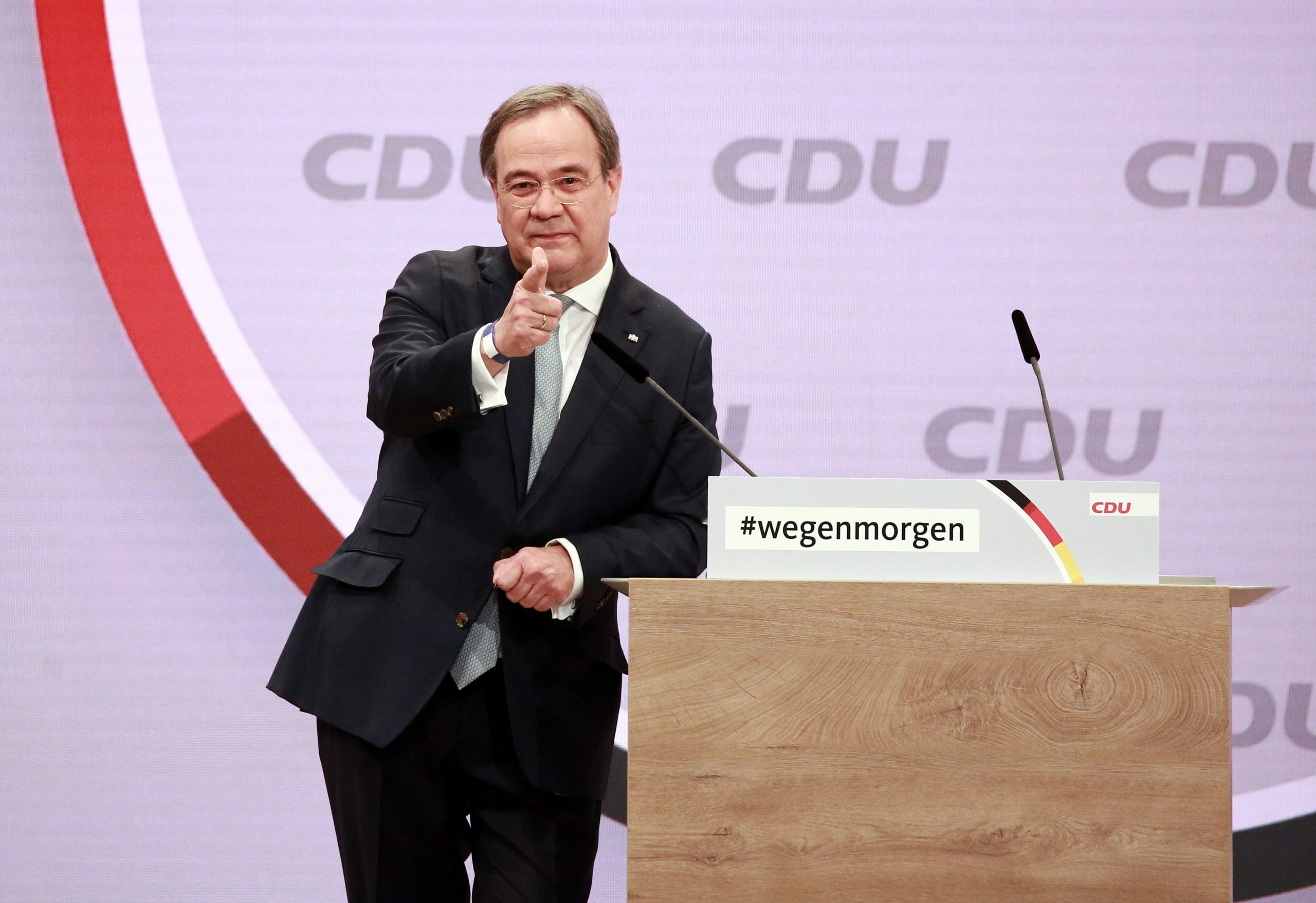 On Saturday, Germany’s ruling Christian Democrats (CDU) elected Armin Laschet, prime minister of the German state of North Rhine-Westphalia, as their new leader. Although many voiced their hope that the change of leadership would finally help to seal Fidesz’s fate in the EPP, Laschet, whose political approach is similar to that of Merkel, is expected […]Continue reading

“If the CDU wins or achieves a good result, then the Chancellor issue can become even clearer,” added Ágoston Mráz. Mráz recalled that the change to the electoral law on the reduced number of the overhang mandates in November, which was only supported by the governing parties, could also play into the hands of the CDU, but it could also be of decisive importance in terms of the end result, and it can also influence the further development of the coalition.

All three participants agreed that Armin Laschet has the greatest chance of becoming Federal Chancellor, while the time of the Bavarian Prime Minister Markus Söder has not yet come. Another thing that speaks for Laschet is that he has more experience in politics, and is also Prime Minister of North Rhine-Westphalia, the engine of the German economy. It is also important in relation to Hungary, as this state is the largest investor in Hungary.