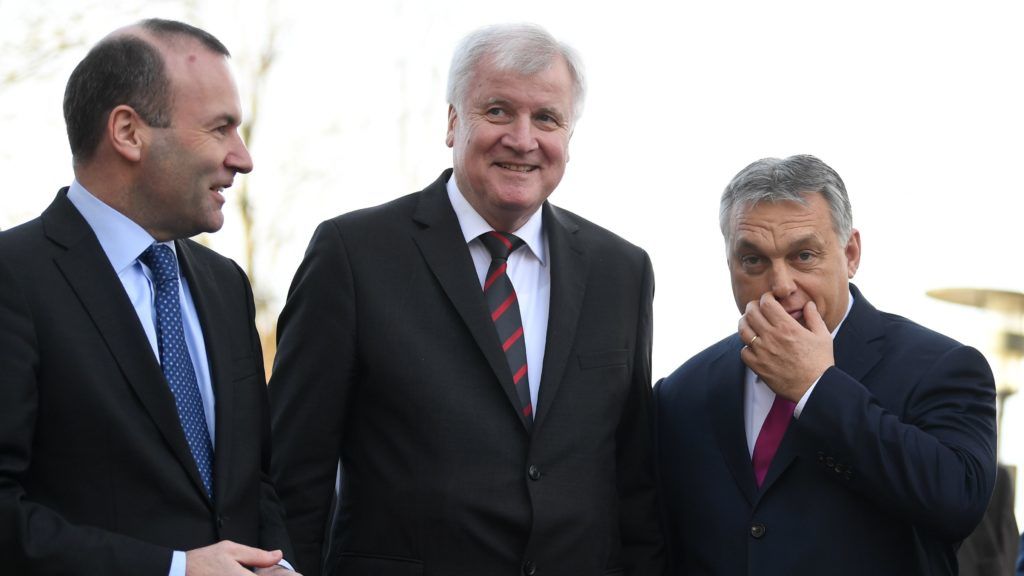 The Hungarian government’s new Soros-Juncker billboard campaign elicited harsh reactions from the Western side of the continent. Now, even the Fidesz-friendly German political right has slammed PM Orbán and his party.

The new leader of the European People’s Party member and Fidesz-ally CDU, Annegret Kramp-Karrenbauer, said the campaign weakens the whole EPP and is “unbelievable and has no ground.” The CDU president called on Fidesz to provide long and lasting proof of its claims if it desires to remain in the EPP. Otherwise, she views any further dialogue with Fidesz as unnecessary.

German Chancellor Angela Merkel, Kramp-Karrenbauer’s predecessor as CDU President, confirmed her solidarity with Jean-Claude Juncker: “I fully support Jean-Claude Juncker, and we will make it clear during our negotiations with Hungary.”

The Christian Social Union in Bavaria (CSU) also raised concerns about the Hungarian government’s EP campaign. Considered one of Viktor Orbán’s closest allies, the Bavarian party has never previously criticized the Hungarian side’s stance and rhetoric on migration. However, Markus Söder, the party’s president, stated in a recent interview with Frankfurter Allgemeine Zeitung:

Bavaria and CSU have always maintained good relations with Hungary, but Viktor Orbán’s statements are unacceptable.”

According to the head of the Bavarian Government, the route the Hungarian Prime Minister has decided to take “leads to the wrong direction.” He addressed Fidesz’s potential exclusion from the European People’s Party (EPP):

I usually promote dialogue in the party. We don’t want anyone to be chased away from the family of the European People’s Party. But, we must be clear about what is right and what is not.”

One of the billboard campaign’s main targets, the President of the European Commission, reacted to the move in a polite manner. Juncker referred to Orbán as a good friend in a meeting in Brussels:

“I am totally unable to hate someone and I am very much surprised to see these hateful posters spread in Hungary. But I am not giving in. I am not like that. I want to be the exact opposite of that. In Europe, there is no progress if nations are fighting against each other. There is no progress if there is hatred in the world. We had this in Europe. Enough is enough.”

On the other hand, Juncker has repeatedly stated that he believes Fidesz no longer has a place in the EPP.

Following days of silence, EPP Spitzenkandidat Manfred Weber voiced his opinion to German newspaper Süddeutsche Zeitung about the inflammatory campaign on Thursday: “Parts of his speech on the State of the Nation and the poster campaign against Jean-Claude Juncker caused great incomprehension and anger in the EPP.” He finds the wording unacceptable and added that one can’t belong to the EPP and also campaign against the current EPP Commission President.

Fidesz has 13 seats in the European Parliament. In a parliament with 750 members, the future of Europe will not be decided by these votes.”