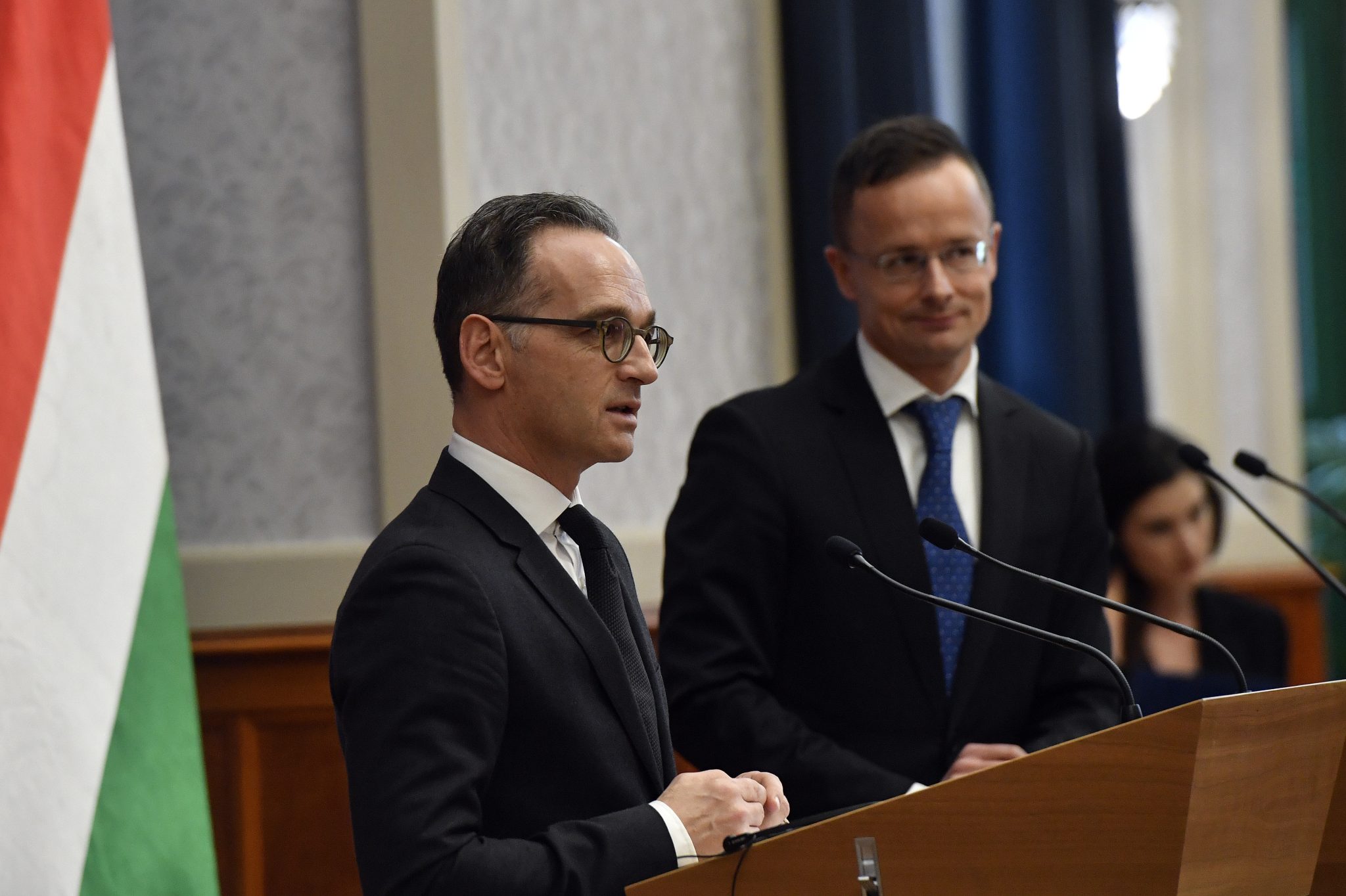 Heiko Maas, the German Foreign Minister, visited Budapest on Monday to meet his Hungarian counterpart Péter Szijjártó. Before his arrival, liberal hvg.hu did an interview with him. Responding to the questions, the Social Democratic politician praised Olivér Várhelyi, Viktor Orbán’s new Commissioner-designate. He also reacted to the statements made by Angela Merkel over the summer about the usage of EU funds in Hungary, spoke about migration and, in his opinion, the main achievements of Hungary.

When asked if Olivér Várhelyi becoming the European Commissioner for Enlargement would only encourage Hungarian maverick politics, the German Foreign Minister replied: Ursula von der Leyen had already made a proposal in September for the distribution of Commissioners’ portfolios.

As an EU Ambassador, the new Hungarian candidate, Olivér Várhelyi knows his way around EU enlargement and neighborhood policy.”

According to Heiko Maas, the successful integration of the Western Balkans is of strategic importance to the European Union. “On this subject, I agree with the Hungarian government and I hope that the future Commissioner will move the matter forward,” he said in the interview, adding that concrete progress needs to be made quickly in this area and accession negotiations with Albania and northern Macedonia should begin.

The politician was also asked about the statements made by Chancellor Angela Merkel during her visit to Sopron in August.

At that time, the German leader said she was pleased how Hungary had spent EU funds. After her words, the Hungarian press started speculating how she meant this exactly.

“It is not our job to praise or scold someone – and that is not how I interpreted Madam Chancellor’s words. However, we must point out that Hungary has been a member of the European Union for 15 years, which has done well for the country.”

The EU has set up the Cohesion and Structural Funds to strengthen convergence within the EU. The Hungarian people and the Hungarian economy have benefited greatly from these subsidies.”

Concerning the handling of the refugee and migration issue in the EU, Maas made some self-critical statements when he said: “Germany has certainly not done everything well in the debate on refugees and migration in the past.”

The Reason for Merkel’s Conciliatory Tone Towards Orbán

However, the EU has common external borders, “and no one has yet been able to convince me how the issue of refugee and migration can be solved at the national level alone,” he added. He believes that this debate should take place in the EU.

We agree that we need to take more decisive action against the causes of people fleeing… But it is also clear that there is right of asylum in Germany and Germany has signed the Geneva Convention. The protection of refugees is one of the unwavering values ​​of the European Union. ”

Asked about Hungarian achievements, Heiko Maas said, with some humor, that though he could highlight the beer, the goulash or the thermal baths, for him, the greatest achievement of Hungary will always be the struggle for freedom won in the autumn of 1989.

The events of 30 years ago, which we are just commemorating these days, connect us to this day – we have written world history together,”

said the Foreign Minister,  who speaking about the anniversary of the fall of the Berlin Wall and the German reunification added: “the autumn of 1989 showed what Europe can do if we stand together for our ideas.”

“We Germans will never forget the courage of the Hungarian people who were fighting for their freedom,” the German politician concluded.