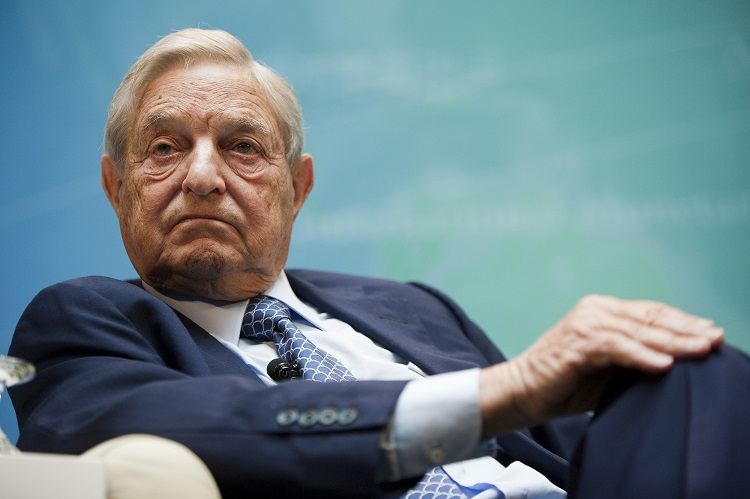 Viktor Orbán’s Hungarian government concentrates on power and its own financial interests rather than the public good, Hungarian-born US billionaire George Soros said in an article published by the daily Népszava on Friday. 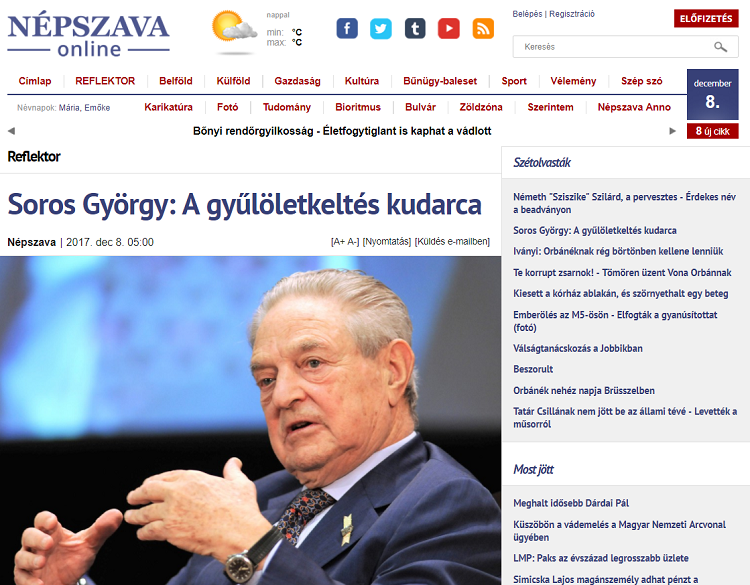 The US billionaire, who harshly criticized the Hungarian Premier and his politics in a video message last week, referred to the government’s “National Consultation” survey, and said that the “propaganda campaign” launched to thwart the “Soros plan” had failed. He noted that, according to the government, over 2.3 million people had participated in the survey, and said that “the Hungarian people will certainly find a way to ascertain the accuracy of official figures” and insisted that the “deceptive campaign” had failed to pull the wool over most Hungarians’ eyes.

In his article, Soros suggested that the government attributed remarks to him which had been put in a false context or ones he had never said. The government’s campaign was obviously aimed at inciting hatred and diverting attention from the government’s failures in such areas as education or health, Soros insisted.

Soros said, adding that it was a false claim. He argued that since 1984 his foundations had spent over 400 million dollars to support projects in Hungary.

Soros also said that the government’s propaganda campaign deliberately distorted the concept of open society, and insisted that “an open society does not mean open borders and mass immigration with the government-suggested aim of destroying the Hungarian or European Christian identities”. Soros said he had advocated stringent, all-European border control because “if there is no joint action each country can only exclude migrants temporarily and to the detriment of other EU members”. Open societies should be based on peaceful co-existence, and respect for the opinion of others, including minorities, he added.

The 87-year-old business magnate rejected the government’s claim that he would influence European decision makers forcing upon them his “evil plan”. “That claim is humiliating for the Hungarian people, since it is an obvious nonsense for any person with a clear mind: crucial European issues such as managing the migration crisis are decided on by members of the EU including Hungary,” Soros said.

George Soros insisted that refugees should only be relocated on a voluntary basis, and argued that member states cannot be forced to accept refugees they do not want to accommodate, while refugees must not be forced to settle in a country where they are unwelcome.

He said that member states refusing to accommodate refugees could contribute to a common solution in other ways. The refugee issue is not a problem for each country but for Europe as a community, and calls for a common European solution, Soros said.