Gay Marriage: The Rainbow Flag Flies High In The West, But What About Central Europe?

As could have been expected, the success of the “Yes” campaign in last weekend’s Irish referendum on the legalisation of same-sex marriage, which saw 62 per cent of those casting their vote in the Emerald Isle voting in favour of same-sex unions, has instantly caused the issue to emerge to the forefront of political discourse. From Germany to Australia, politicians and gay rights campaigners have been calling for governments to “move on” and scrap the traditional definition of marriage as the union of a man and a woman. While it will come as no surprise that left-wing and liberal groups are strong advocates of “marriage equality”, even Western conservative parties such as Germany’s CDU and the Catholic Church, traditionally seen as bulwarks of the traditional family, seem to be divided over the issue. Reports of over 70 per cent of the German electorate supporting same-sex unions came as it emerged that the country has overtaken Japan in having the world’s lowest birth rate.

Another aspect that will doubtlessly call for commentators’ attention is the increasingly apparent divide between East and West in attitudes to same-sex marriage. While same-sex marriages are now recognised in most major Western European countries such as the United Kingdom, France, Spain and across Scandinavia, this is not the case in most of Central and Eastern Europe, where political and social support for the issue is much lower.  In March 2015, the small nation of Slovenia became the first country in the former Communist bloc to introduce gay marriage despite bitter opposition from the Church and the opposition, and the majority of the population not supporting the bill. Most other Central European countries, though, still provide for a form of registered partnership guaranteeing a broad array of rights for same-sex couples. As one moves further to the East, this tolerant approach gives way to increasingly hostile attitudes from both the state and society, such as the recent Russian law prohibiting the dissemination of “homosexual propaganda” in the country.

Hungary’s new Fundamental Law, passed by the second Orbán government in 2012, has been attacked by campaigners for reserving the institution of marriage for a man and a woman. While the government of Viktor Orbán, which has been in power since 2010, takes an awovedly conservative position with regard to the definition of marriage – which it sees as a pillar of society – and has introduced a number of incentives for married couples to have children in order to tackle the country’s demographic crisis, the new Fundamental Law places a strong emphasis on guaranteeing human dignity for every single citizen, including, of course, members of the gay and lesbian community. In fact, the institution of registered partnership introduced for same-sex couples in 2009 offers nearly all benefits of marriage to same-sex couples, with only the right to take a common surname, the right to adopt and to participate in artificial insemination being reserved for married heterosexual couples.

Unlike Ireland, where marriage equality was supported by all four major parties, the overwhelming majority of the Hungarian political scene is either against the proposal or unwilling to take a decided stance on the issue. Prior to 2010, the then-ruling Socialists were also against the introduction of same-sex unions, which was only supported by the now-defunct liberal SZDSZ party, and only 30 per cent of the Hungarian population is in favour of gay marriage according to a recent public opinion poll. Therefore, it can be established that the Orbán government’s constitutional ban on same-sex unions only reaffirmed an already existing definition of marriage, which is shared by a firm majority of Hungarian political parties and the electorate.

It should also be emphasised that Hungary is not the only country to decide to include the traditional definition of marriage in its constitution. Last year, a Romanian parliamentary committee on the amendment of the constitution defined the term “family” as the union of a man and a woman, despite the fact that the country, which has strong religious traditions, is currently lead by a left-wing government.

This being said, social attitudes in Hungary are generally seen as less conservative than in other Central European countries such as Poland or Slovakia, and the government is committed to countering attacks against human dignity, such as physical abuse or hate speech. In late April 2015, a woman who previously called for the extermination of Roma on social media was jailed for three years for attacking a man at the 2013 Budapest Pride gay festival, making her the first person ever to be sentenced by a Hungarian court for homophobic violence.

Looking at the issue from a geographical dimension, Hungary can be seen as occupying a mid-way, moderate position between the liberal, human rights-oriented policies of the secular West and the explicitly anti-homosexual attitudes of the East and most of the developing world.

A Christian conservative and a liberal commentator try to make sense of the opposition frontrunner’s controversial statements on Christian values and secular politics. Hungarian press roundup by budapost.eu Background information: in an interview with the BBC, opposition frontrunner Péter Márki-Zay said that as a devout Christian, he supports the secular state that grants equal rights to […]
Hungary Today 2021.11.29. 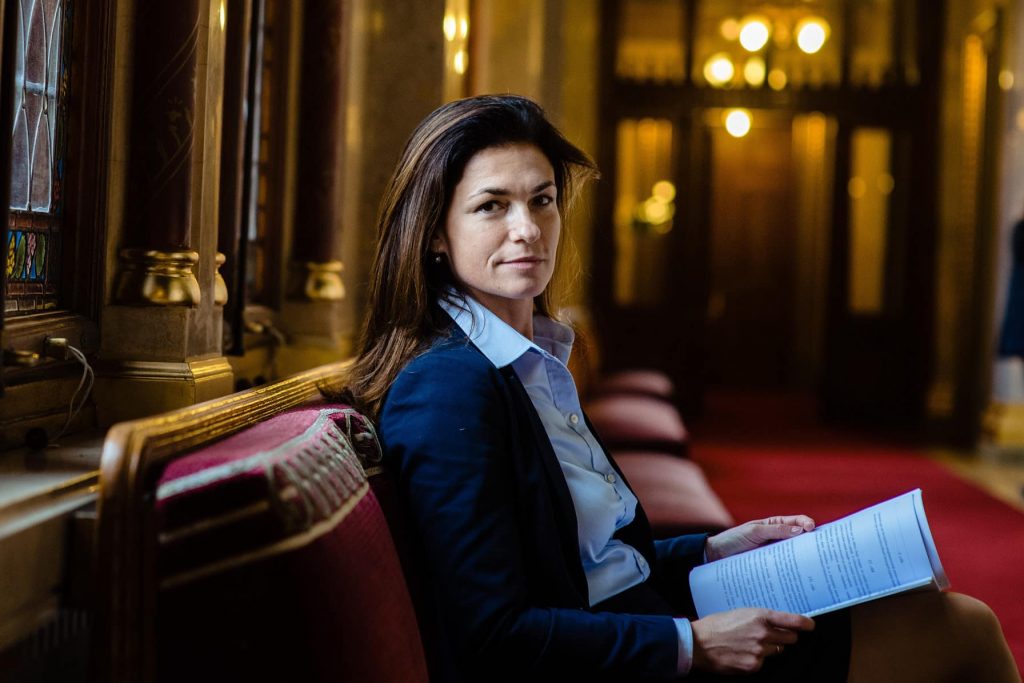 Justice Minister Judit Varga has called the resolution adopted by the European Parliament on the rights of the LGBTQ community to same-sex marriage and a registered partnership “a completely unfounded political resolution”. The MEPs adopted the proposal with 387 votes in favor, 161 against, and 123 abstentions on the rights of LGBTQI people in the […]
Hungary Today 2021.09.15.