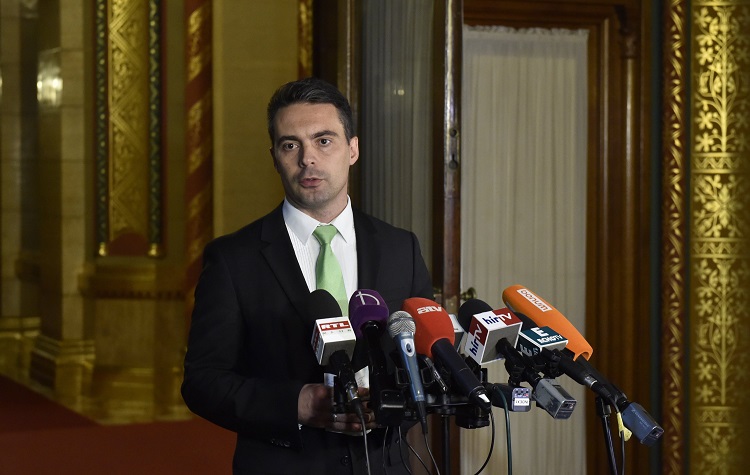 Hungary’s radical nationalist Jobbik party will support a planned constitutional amendment initiated by Prime Minister Viktor Orbán only if it goes against all forms of migration, including the controversial residency bond scheme, party leader Gábor Vona said on Tuesday. Previously Jobbik said it would support a constitutional ban on mass migration to Hungary, however, Vona has now made a precondition, knowing that ruling parties Fidesz and KDNP do not have two-thirds majority in Parliament.

Branding the consultation a “failure”, Gábor Vona told a press conference after meeting with Viktor Orbán that he could not convince the Prime Minister that the “residency bond business is a bad scheme”. “Neither poor migrants, nor rich migrants should be allowed to settle in Hungary. Neither poor terrorists, nor rich terrorists should be allowed to come here. Neither Jean-Claude Juncker, nor Antal Rogán should be allowed to move migrants to Hungary,” he insisted. Gábor Vona confirmed that Jobbik would vote in support of the constitutional bill on November 8 only if it also applies to the residency bond scheme.

The Hungarian government’s residency bond scheme, initiated by PM Orbán’s cabinet office chief Antal Rogán in 2013, has been under fire in Hungarian media recently. News portal index.hu reported on Tuesday that since the launch of the programme 7559 people have received settlement permission in Hungary through the residency bond scheme, including 6405 Chinese, 497 Russian and 74 Pakistani citizens. In fact, only 2727 “rich migrants” purchased the $300.000 bonds, the rest moved to Hungary with the aim of “family reunion”.

It seems ruling Fidesz party remains reluctant to accept Jobbik’s “vote blackmail”. Head of Fidesz’s parliamentary group Lajos Kósa told a press conference on Wednesday afternoon that linking the “two things makes no sense”. Kósa reminded the media of Gábor Vona’s previous remarks about those “treasonous”, who would not vote for the constitution amendment proposal that Jobbik had submitted to the Parliament. “It is absurd to make a connection between the constitutional ban on mandatory migrant resettlement and the residency bond scheme”. Kósa said, adding that “everyone can see the difference between a tenant and a burglar.” Kósa also said the government had already launched a review into residency bond scheme, but it has not been finished yet, therefore it is yet to be seen wheter to programme continues next year or not. 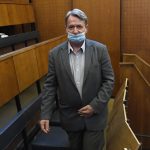