Not Funny Any More: “Two-Tailed Dog Party” To Compete At Elections After Invalid Quota Vote Campaign

The chairman of a Hungarian joke party that has promised that the group will run at the country’s next parliamentary elections, scheduled for 2018, after waging a highly publicised campaign against the government-initiated refugee quota referendum.

Gergely Kovács, chairman of the Hungarian Two-Tailed Dog Party (MKKP), insisted that the group, officially registered as a party since 2014, is not a joke party because it calls attention to serious issues in a light-hearted form and with funny arguments. 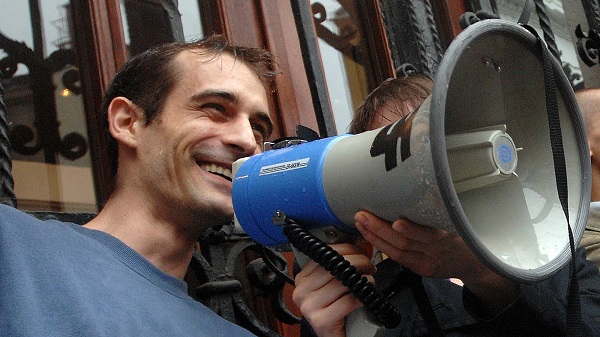 He revealed in an interview with Népszabadság, a left-leaning daily, that MKKP will run at general elections in 2018 and the group hopes to qualify for fielding a national list at elections in two years’ time.

Together with several human rights organisations and NGOs, such as the Hungarian Helsinki Committee and the Hungarian Civil Liberties Union, the party campaigned for an invalid vote at Sunday’s controversial referendum on refugee quotas on a budget of HUF 35 million and with the contribution of 1500 activists.

The party leader also announced a national tour to reach out to voters outside Budapest in order to preserve support among those who opted for their position in “this crazy hate campaign”.

6.33 per cent of votes cast at the government-initiated referendum were invalid, as opposed to their usual share of 1 to 1.5 per cent of all ballots cast.

In recent weeks, support for the group has reached a measurable level, with MKKP now polling at 1 per cent of the total electorate with pollsters Publicus and Nézőpont. 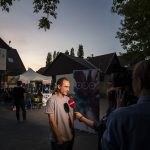 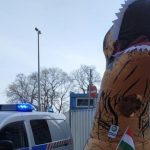