A clear divide has been drawn in the National Assembly on the ruling to legalize the establishment of the Chinese Fudan University’s Budapest campus. While the opposition believes nothing good can come of it, Fidesz continues to support its investment. Outside of Parliament, a developing consultation of Budapest citizens gains increasing support from opposition parties and non-governmental organizations.

Tamás Schanda, state secretary for the Ministry of Innovation and Technology, said that Fudan’s presence in Hungary would allow Hungarians to learn from the best without having to go abroad. Schanda argued that since the economy is turning East, “we are also turning East.”

While the governing Fidesz party, with a majority in parliament, supports the university strongly, Fudan faces nothing but criticism from Hungary’s various opposition representatives.

Representing the Hungarian socialist party, Gyula Molnár believes the government has not answered why this is happening now, why it is happening like this and why it is happening at all. He considers multiple parts of the proposed ruling to be unjustified, such as the northern section of the ninth district’s Student City being given to Fudan for free.

Gergely Arató, representing the social-liberal Democratic Coalition, argued that the government is creating a private institution with 100 billion forints (EUR 287 million) of public financing as well as a large loan.

He believes it to be two sided that the Hungarian government required Central European University to follow all Hungarian laws, but now exempts the Chinese university from multiple of those same laws.

Loránt Keresztes László of the centrist green party LMP argued that the government lied to Hungarian universities, promising huge amounts of funding, but not delivering on its promises. Meanwhile it is willing to spend 550 billion forint (EUR 1.6 billion) on what he describes as a national security threat.

Bence Tordai, spokesperson of leftist green party Párbeszéd, said that Fudan is a good example of how Fidesz is governing in the interest of the one percent of the country, instead of the 99%.

A group of 15 Hungarian economists posted on the Hungarian Economists on crisis management Facebook page, detailing the problems with the construction of Fudan University’s Budapest location. Mayor of Budapest, leader of Párbeszéd, and one of the loudest voices against Fudan, Gergely Karácsony summed up the points brought up in a Facebook post:

Related article
Mayor Karácsony: Budapest Not to 'Give Up' Student Quarter Site to Fudan Uni

"Mark the day: the day when (ruling) Fidesz turns over the site for affordable housing for 15,000 Hungarian students to the university of China's state party," Karácsony said.Continue reading

Karácsony continues to argue that the city will resist the building of the Fudan University campus on the property of the Student City.

Lead spokesperson of the right-wing Jobbik, Koloman Brenner, said that Fudan will overwhelm Hungary’s “bled-out” universities, which need to be protected from such a large investment. He considers the foundation’s structure, and the structure of the loan, to be worrying. 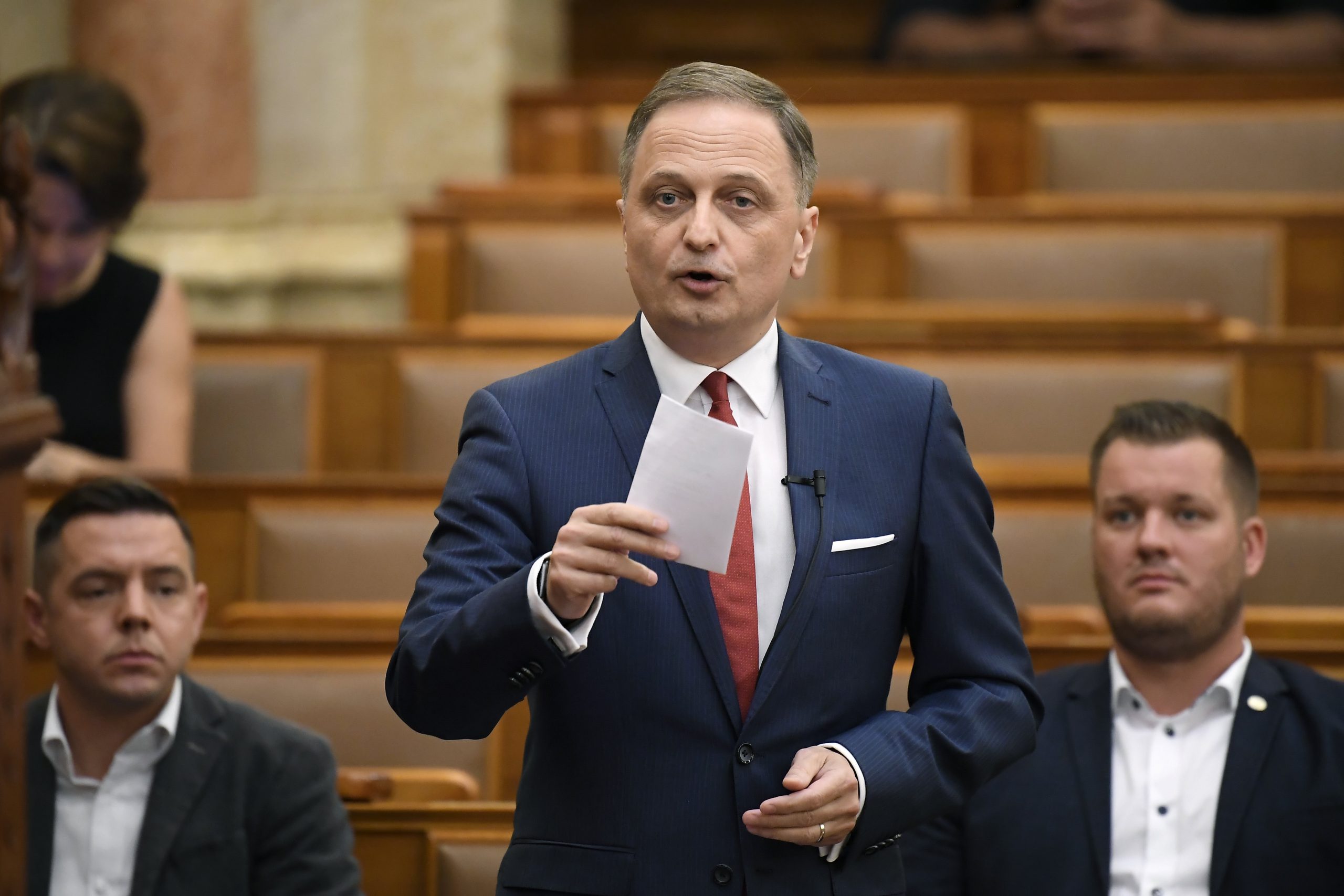 Brenner believes it would be much better to support the modernization of Hungarian universities in accordance with Hungary’s national investments.

László Pósán, Fidesz MP for Debrecen, defended the ruling proposed by the government on Fudan, arguing that the Hungarian Left is turning the question into a product which it can benefit from politically.

The minister said that setting up a Fudan campus in Budapest would "benefit Hungary, benefit China, and benefit the community".Continue reading

Pósán said Hungary’s history of educational cooperation with China surpasses left and right wing governments, and that the Western world has already been filled with cooperation with Fudan, which is internationally ranked as the 34th best university.

Fudan has 33 thousand students, 300 research centers, it cooperates with around 300 universities and 130 institutions. Pósán brought up that Fudan will bring many foreign students to Budapest, who will spend large amounts of money in the capital.

Lőrinc Nacsa, representing the Christian Democratic People’s Party, also argued that the Hungarian Left is acting purely for political gain, and that Hungary’s geopolitical position requires it to cooperate with all great powers pragmatically.

Regardless of what is going on in the National Assembly, the consultation on Fudan University launched by Krisztina Baranyi, mayor of Budapest’s ninth district of Ferencváros, and Budapest Mayor Gergely Karácsony, is gaining popularity.

Various parties and movements; DK, Momentum, LMP, MSZP, Párbeszéd, the satirical Two-Tailed Dog Party, the Key Association, and Walking Budapest, have joined the mayors’ survey of citizens’ stances on the construction of the university.

Baranyi has described it as “Ferencváros’ only opportunity,” to express its opinion.

If Budapest's residents don't want an investment, then it will not move forward, Budapest Mayor Karácsony said.Continue reading

The questionnaire, which should be available between June 4 and 13, will ask the following:

While it is unlikely, with a Fidesz majority in the National Assembly, that the university’s construction will be halted, it will be important to hear the opinions of the Hungarian public, one way or another.

In the featured photo, Koloman Brenner, lead spokesperson of Jobbik, speaks up on the proposed establishment of Budapest’s Student City in the National Assembly on May 27, 2021. Featured photo by Tamás Kovács/MTI