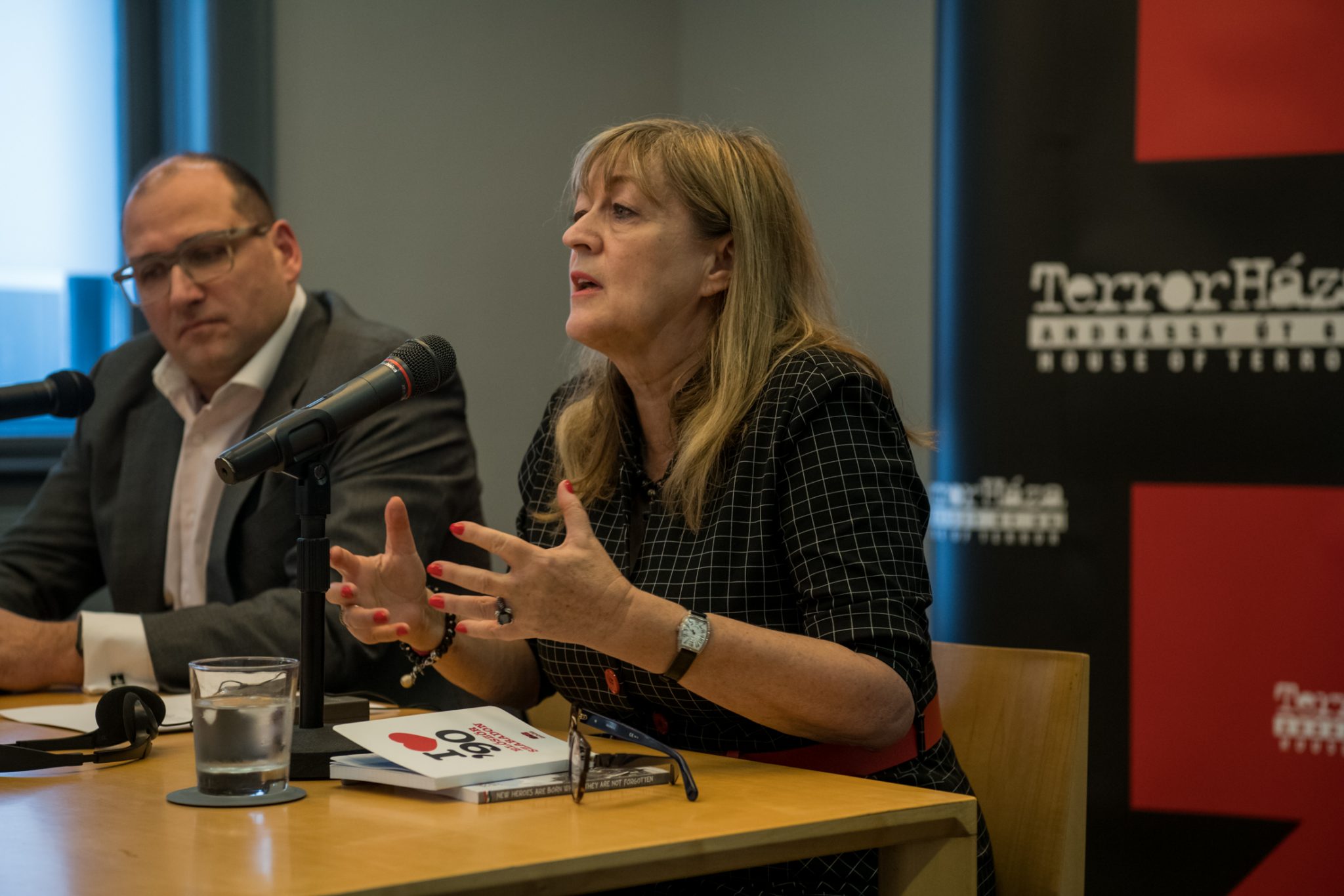 One day prior to the Hungarian national holiday commemorating the 1956 revolution and freedom fighters, the journalists were offered the chance to visit the House of Terror Museum in order to get a full picture of 20th century Hungary, the world wars, the fascist and communist totalitarian regimes, and the struggles of the Hungarian people—and with this information in mind, better understand the 21st century Hungarian mindset. Afterwards, Mária Schmidt, the Director General of the institute, held a presentation on Hungarian history, after which she answered questions.

The House of Terror Museum was opened in 2002, in the building at 60 Andrássy Avenue, as tribute to the individuals imprisoned, interrogated, and executed there. This house was the central point for the Arrow Cross Party during the second world war, and afterwards it was used by the communist secret police. The museum—the only of its kind—has startlingly realistic and accessible exhibitions relating to the Hungarian fascist and communist regimes, which portray the operations of the 20th century totalitarian systems: depicting what happened in the building, as well as outside its walls throughout all of Hungary, remembering the victims of the totalitarian regimes.

The foreign journalists were in awe of József Mindszenty’s life, his full-fledged opposition against not one but two oppressors; due to this political and social activism, his beatification is currently underway. After the 1956 revolution’s defeat, the Cardinal found refuge in the American Embassy, evading a punishment of life in prison—but in the end, he had to spend 14 years there before he was able to leave the country.

The journalists found the museum’s basement exhibition of prison cells the most striking; here they could see which select types of torture were utilized by the regimes to squeeze out confessions, either true or fabricated, from prisoners. The walls of the cells portray the most infamous captors to remind museum-goers of the horrors that occurred in the 60 Andrássy Avenue.

The exhibition closes with pictures of the State Protection Authority (ÁVH) officers, the offenders– the museum got these photos from the police archives. The shocked journalists realized that many of these individuals are still alive today; they were dumbfounded upon learning that most of the offenders did not even leave the country after the regime change, but actually stayed here and didn’t face any punishment or retaliation.

Just as last year, the journalists this year agreed that the museum is not only useful for tourists, but for Hungarians as well.

The creative, high-quality exhibition both enlivens history as well as makes the pasts of many parents and grandparents palpable for their descendants who did not experience this period.

Schmidt: Hungarians revolted in 1956 to protect their freedom and culture

After viewing the exhibition, Dr Mária Schmidt, Director General of the institution and one of the most widely known Hungarian historians, held a presentation covering 1956 and 1989 for the foreign journalists.

1956 is the most important anti-totalitarian revolution because, while in other countries similar events broke out for reasons regarding welfare, Hungarians fought for freedom, independence, and democracy—said Schmidt. The people of Hungary had enough of the oppressive communist regime that wanted to take everything from them that Hungarians held important—their culture, traditions, and religion—so that they could be formed into Soviet people, she added.

The lesson of 1956 is that there are no small or big nations, just those that can fight for themselves and survive, and those that are not capable of this, 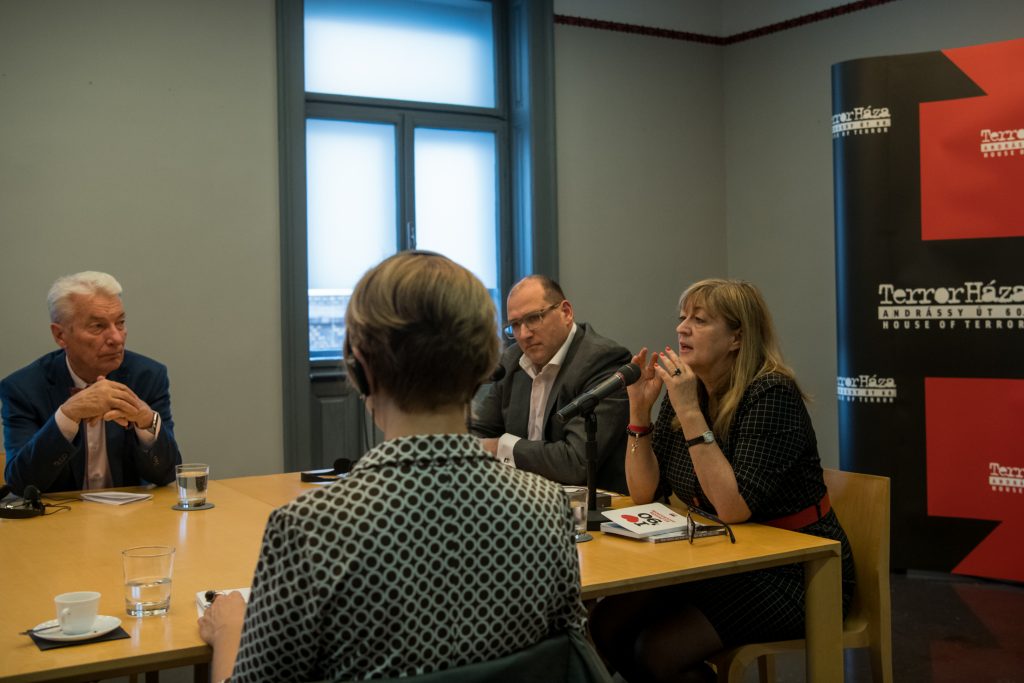 E. Sylvester Vizi, Chair of the Board of Trustees of the Friends of Hungary Foundation, Gábor Tallai, program director at House of Terror Musem, and Mária Schmidt. Photo by Tamás Lénárd/Hungary Today

According to Mária Schmidt, 1989 and the regime-change era was also about this: Hungarians wanted independence, sovereignty and freedom, along with the defeat of communism.

Mária Schmidt, the former chief advisor to Prime Minister Viktor Orbán (1998-2002) is Director General of the House of Terror Museum since its foundation. The historian was the Government Commissioner of the Memorial Year of the 1956 Revolution between 2015 and 2017. She is currently serving as the Government Commissioner in charge of the memorial year to commemorate the 30th anniversary of Hungary's transition to democracy in 1989.

In her opinion, the former leaders of western countries still vividly remembered the 56 revolution and Hungarian heroism, and they felt a need for European nations to stand together—however, today’s leaders are rooted more in 1968 and see things differently. Mária Schmidt thinks that western leaders must transform their approach to Central-Eastern European nation; instead of condescension, lecturing, and insulting, empathy and interest is needed so that these issues may be discussed and the roots between Western and Central-Eastern European differences may be discovered. She emphasized: considering the fact that these countries had spent 45 years under an oppressive international empire, they would not be very enthusiastic for a global empire because, for them, it is very important to protect their national independence.

One of the journalists called the House of Terror a “horror museum”—in her response, Mária Schmidt said that their aim was to influence visitors on an emotional level, from the heart. She believes the exhibition (which has already had 8 million visitors) makes the inhumanity of communism obvious, and upon stepping out of the building, people can better value the right to live in freedom. 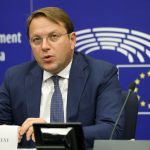