A decision to honour Heller in recognition of her work was taken in early June, six weeks before she died, the Naumburg-based Friedrich Nietzsche Foundation said on Wednesday, adding that Heller was among the most influential modern-day philosophers.

The prize was first awarded by the state of Saxony-Anhalt in 1996 for a German-language essayistic or philosophical work, along with 15,000 euros in cash.

It has been received so far by German writer Martin Walser and Swiss literary scientist Wolfram Groddeck.

Heller died on July 19 aged 90 while swimming in Lake Balaton. She authored 40 books on ethics, philosophy and political theory. 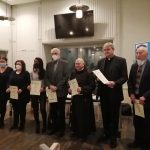