The University of Theatre and Film Arts (SZFE) in Budapest has been the subject of debate ever since its model change in August, when its faculty and staff stepped down in protest of the government appointed board of trustees. While the current administration promises a new and improved SZFE, many students, supporters of the FreeSZFE movement, want justice.

A law passed by the government transferred ownership of the 155-year-old state-run theatre school to a private foundation, bringing into effect a model change.

The government appointed a new board of trustees, and rejected members which the university proposed. To this, the university’s senate said that they had been deprived of the right to decide on budgetary, organizational, and personnel issues, as power had been transferred to the board.

Professors began stepping down, and eventually the entirety of the former administration and its senate resigned on August 31.

About 250 students of the University of Theatre and Film Arts (SZFE) occupied the campus on August 31, in protest of the new leadership, which they saw as undemocratic.

An internal poll by the Student Union (HÖK), found that 100 percent of student respondents rejected the restructuring, and nearly 70 percent believe its true aim is the “long-term, ideological and political occupation of the institution.” 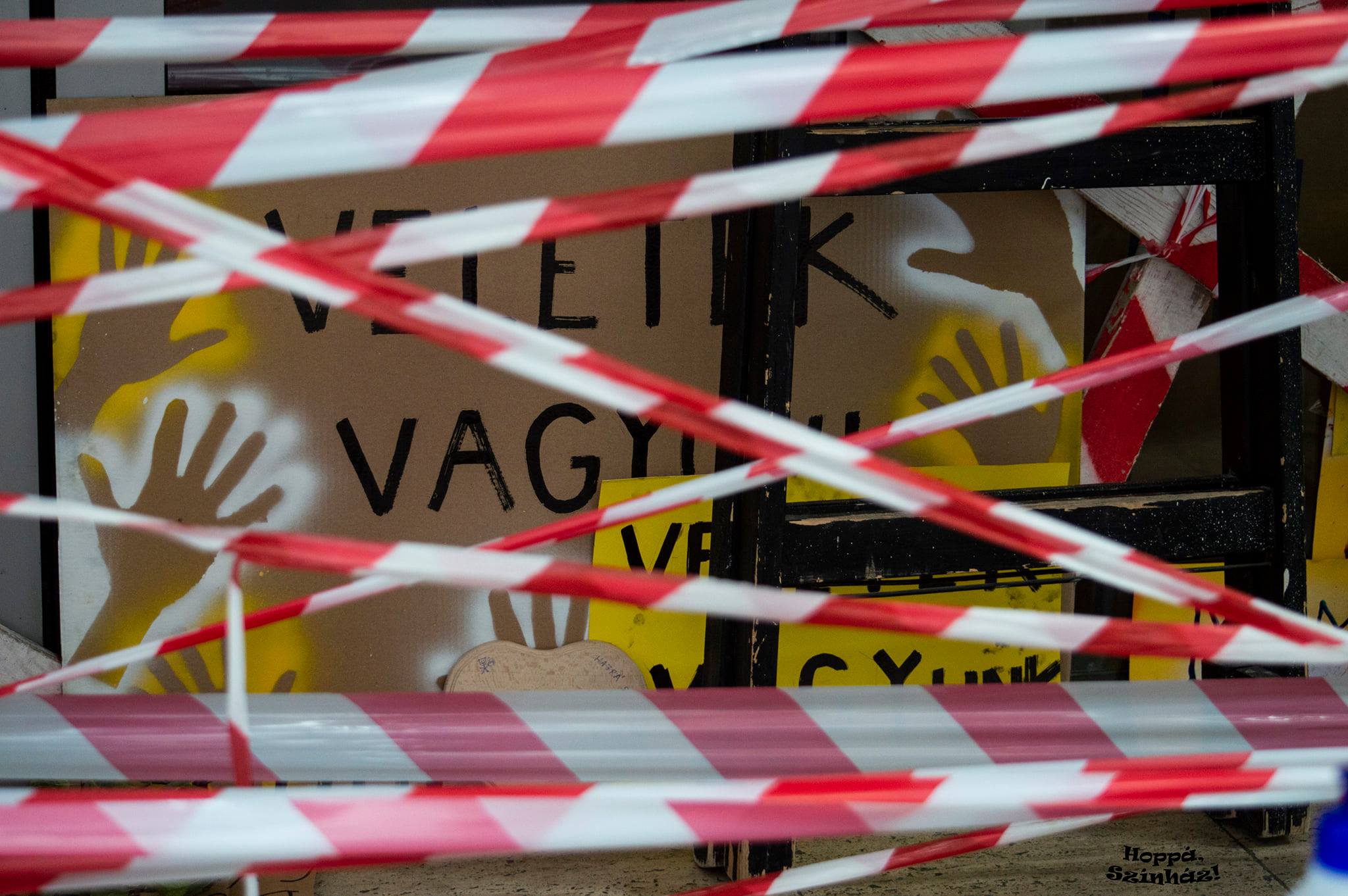 Classes at Budapest’s University of Theatre and Film Arts (SZFE) may resume from Feb. 1, if all necessary conditions are in place, the supervisory board of the foundation overseeing the university said in a statement on Wednesday, asking the institution’s employees and students for cooperation. SZFE’s government-backed new leadership which took over on Sept. 1 […]Continue reading

In an interview with index, Nóra Aujeszky, secretary of the university’s Student Union (HÖK), and member of the FreeSZFE movement, discussed the abuse of power, the newly appointed professors, and the potential of the student movement.

Classes at SZFE, just like other universities around Europe, are online. Teachers who were forced to resign, Aujeszky says, can continue to teach their former students.

Complicating things, however, is the fact that professors cannot submit their student’s exam grades into the university’s database.

The university has repeatedly attempted to cancel classes, on November 6, November 27, and December 21. In the first two cases, the student body challenged the cancellation’s legality and took it to court. The court ruled the board’s November attempts unlawful, and the December 21 decision is currently being challenged by the student body.

Regarding the list of names of teachers being appointed for the new school year, Aujeszky said that her organization does not want to make personal attacks, but that she has seen individuals on the list whom she does not consider qualified to teach at SZFE.

So far there has been no nationwide cooperation between universities, but Aujeszky is confident that they are on the brink of such a movement, as she mentioned that she was recently in an online student forum for change, which had 900 participants.

The Board of Trustees Turns a New Leaf

Since the model change occurred, SZFE’s board of trustees has announced new teachers for the spring semester, who have different plans for the university. They are so intent on a fresh start, that they are even developing a new and improved location for the university.

The board wrote “The University of Theatre and Film Arts has made its requests for the faculty heads for the 2021/22 school years. The heads of faculty are recognized individuals of Hungarian theater who have large ambitions and exciting plans for the students at the renewed university.”

Regarding whether he believes reforms are in place, he said that “this is not only about reforms, but worldviews and spirituality. There will be new department heads, who represent a different perspective.”

This different perspective, as Sára puts it, involves a stronger emphasis on national identity. “Since there is significant demand for film adaptions which revolve around history and literature, we would like it if the university’s emphasis would direct students towards historical subjects.”

Sára elaborated that the production of different cinematic works requires different mindsets, whether it be in terms of film adaptions or TV series.

Zoltán Rátóti, a member of SZFE’s board of trustees, told pro-government daily Magyar Nemzet that he will be teaching acting alongside József Szarvas, a renowned actor and a well-known supporter of Fidesz.

Rátóti said that him and Szarvas represent Hungary’s national-Christian values, which they intend to pass on to their students. There will be no “national identity class,” instead they will teach students such values by setting the example through their actions, worldviews, and thinking.

The professor emphasized that this will not involved any sort of ideological re-education.

Chancellor Szarka Tells Incoming Students to “Listen to Their Hearts”

In an interview with Unilife, SZFE’s new chancellor, Gábor Szarka, said that the university intends to create a modern 21st century atmosphere for their students at the new campus.

He promised that students can continue to work with the professors they previously had, and that the university will provide a professor for whichever class no longer has one. The irony here is that the former administration, along with its professors, resigned last year.

Bencsik, a notable TV personality, told his colleagues at pro-government HírTV’s Sajtóklub that the model change instituted by the government was like opening a window and letting the sun shine in, forcing the “sect” to flee.

Bencsik says that such government instituted model change is “cleaning up universities one after another. We have to get past this post-communist period.”

The Government is Ensuring an Effective Model Change

The Hungarian government has appointed István Stumpf as the official who will coordinate the model change in Hungary’s universities into private foundations such as SZFE.

Stumpf told leftist daily Népszava that “the government does not want to force its operation onto universities, the establishments themselves decide this. There is also opportunity for universities to step back from model changes if they wish to.”

With regards to SZFE, Stumpf said that the “mutually pent up” fear between students, teachers, and the board of trustees to be an unfortunate event, and a big mistake. He says that universities “cannot be political warzones.”

Stumpf does not believe that the institutional autonomy of these universities would be depleted with model changes, since this would destroy their competitiveness.

Hungarians are split on SZFE’s model change. Whether it is an undemocratic attack on the university’s autonomy, or a necessary step towards ensuring the strengthening of Christian Hungarian values in the arts, is up for debate.