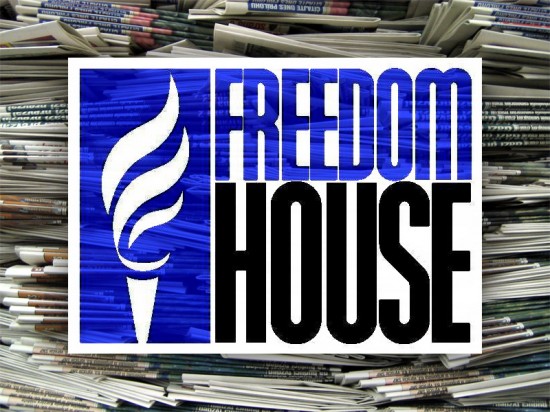 Hungary slipped in Freedom House’s democracy ratings for last year, according to the US-based human rights watchdog’s Nations in Transit 2015 report. Hungary was ranked among “semi-consolidated democracies”, slipping from being a “consolidated democracy” last year. It scored an overall 3.18 points for various democratic indicators on a scale of 1 to 7, with 1 being the best score. Last year it scored 2.96 points.

The report said that after its victory in the 2014 general election, the ruling Fidesz party continued to enact laws quickly, as it had done in the past, by circumventing procedural regulations. It noted an increased range of laws that require a supermajority to pass. Any opposition party coming to power in the future would have its hands tied by the ruling party’s officials with long mandates heading independent institutions. The report noted with concern statements by Prime Minister Viktor Orbán regarding Hungary as an illiberal democracy. Referring to an attempt to create an “illiberal state”, the organisation questioned the government’s commitment to democratic values. In the category of electoral process, the human rights watchdog cited changes to the electoral law which it said disproportionately favoured the dominant party.

Freedom House said critics described the 2014 general election as “free but unfair” and it noted OSCE concerns about a lack of balanced media coverage. Hungary’s civil society score also declined. Civil society in Hungary depends on government funds, it said, insisting these “are handed out in a partisan manner”. In 2014 government rhetoric became increasingly hostile toward NGOs, with officials portraying them as paid political activists, the report said. The report also said political and economic pressures have significantly damaged press freedom. Regarding judicial independence, the rights group said that by the end of 2014 11 of the 15 justices of the Constitutional Court were appointed by the ruling coalition. The report also said “close ties between political and economic elites remain a major source of corruption.” The government continued to serve the business interests of “friends and clients and to manipulate public procurement”.

Freedom House’s critical report is in contrast to other more positive international views of Hungary, the Hungarian government said in response. According to the Justice Ministry, the report released by the Washington-based democracy and rights watchdog “paints a false picture” of democracy in Hungary. Last year’s elections demonstrated that the election system functions properly and fully reflects voter preferences, it said. In response to Freedom House’s verdict on judicial independence, the ministry cited 2015 EU Justice Scoreboard released by the European Court of Justice, which gave an overview of the quality, independence and efficiency of the justice systems of member states, as a document that counters the FH report.

Regarding press freedom, the Hungarian Justice Ministry said that not a single case was referred to the European Court of Human Rights last year, and that both Thorbjorn Jagland, secretary general of the Council of Europe, and the Venice Commission “acknowledged the progress made in media regulation in Hungary”. The Hungarian government also criticised the watchdog’s method of calculating its democracy scores and the fact that it had given Hungary the highest score for 2006, a year in which the ministry says “the police illegally used excessive violence against opposition protesters”.