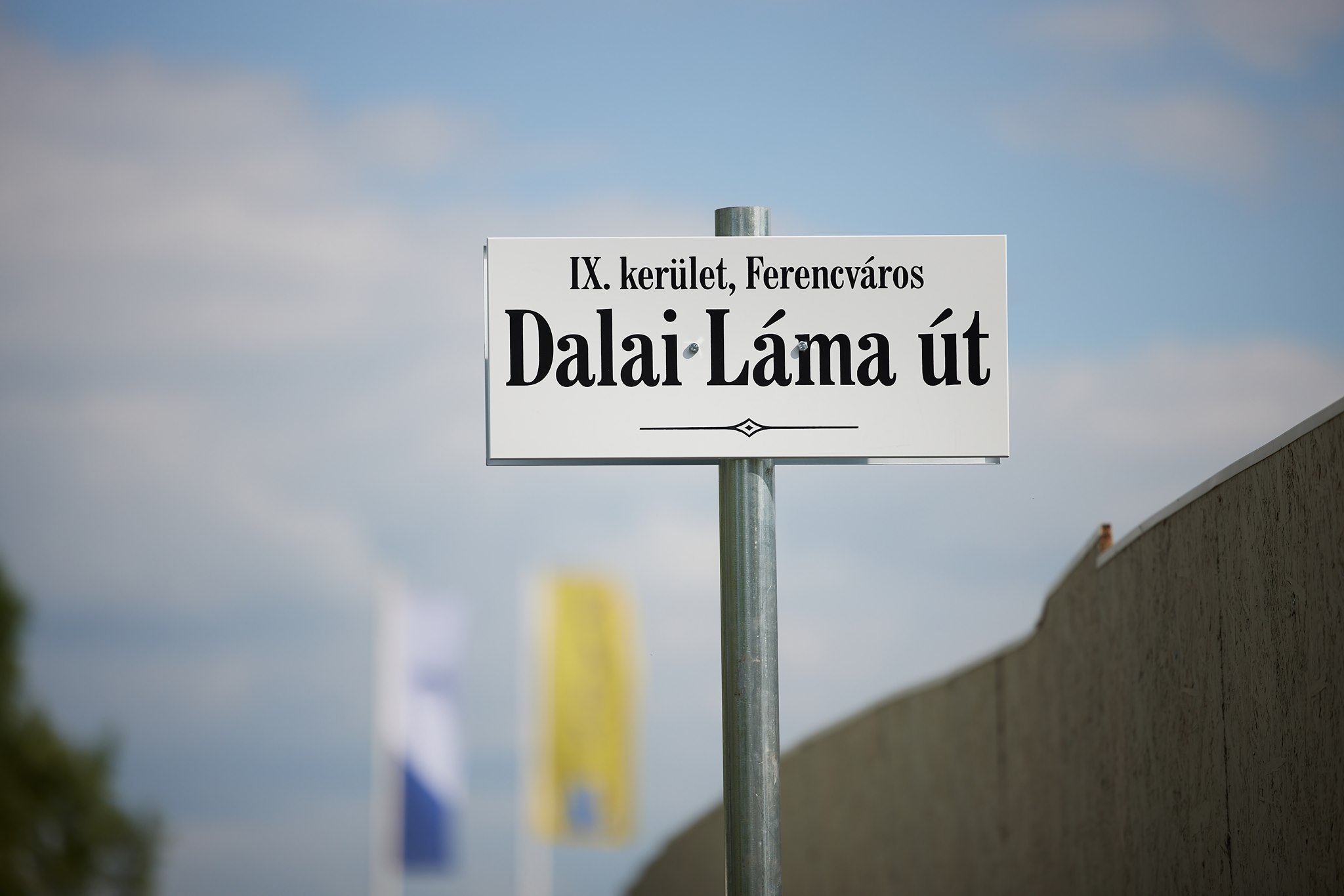 Dalai Lama, Uyghur martyrs, Bishop Hszie Si-kuang, and Free Hongkong, would be the new public street names around the potential, future site of Fudan University, according to a recent decision by the 9th district’s independent (but opposition-backed) mayor. Krisztina Baranyi’s move is in protest against the government’s persistent support of Fudan’s controversial arrival.

Two of the public areas haven’t been named yet, while both Helyi kikötő street and Hídépítő street will get a new name after Baranyi’s decree. While the potential names have already been submitted, the renaming procedure still awaits the Budapest Municipal Council’s approval, but this would be finalized too in a matter of days, according to the Budapest mayor. Since the streets are uninhabited, no one would be inconvenienced by the changes, Baranyi claimed.

Government politicians, on the other hand, weren’t too happy about the news, according to Telex’s video report. While some of them labeled it a ‘good joke,’ or ‘provocation,’ others recalled the good relation’s advantageous consequences, for example in terms of vaccine procurement, and doubted whether the move could have any effect on the relations with China. Innovation and Technology Minister László Palkovics criticized Baranyi for not coming up with something original, reminiscent of previous, similar actions from the US.

Opposition to the highly-ranked, Chinese university’s arrival hasn’t been toned down in recent days, and parliamentary debate brought tense speeches on the matter. According to the main points of criticism, the costly project would be paid entirely by Hungarian taxpayers, while tuition fees would be very high for Hungarian pockets. China and the Communist Party’s involvement is also a matter of debate, but the latest and loudest criticism has centered around Fudan’s occupation of space at the expense of the large-scale Student City project (which would provide accommodation and accompanying infrastructure to 8,000 students).

Following talks some two weeks ago, the central government (namely IT Minister Palkovics) took a firm stance by the realization of the project, while the Budapest leadership made it clear that it would oppose that by all means, and Mayor Karácsony also aired a referendum. Moreover, Baranyi and the Budapest leadership’s so-called ‘Four-times no’ consultation to prevent the investment kick-starts on Friday.

Meanwhile, a recently-made poll also appears to confirm that the project is divisive. Liberal Republikon Institute’s survey found that around two-thirds of the respondents oppose the investment. Even 31% of the Fidesz supporter respondents “are more inclined to oppose” it.

In addition, a demonstration is also being organized. Left-wing Szikra Movement’s rally will be held on June 5th, at Budapest’s Heroes’ Square.