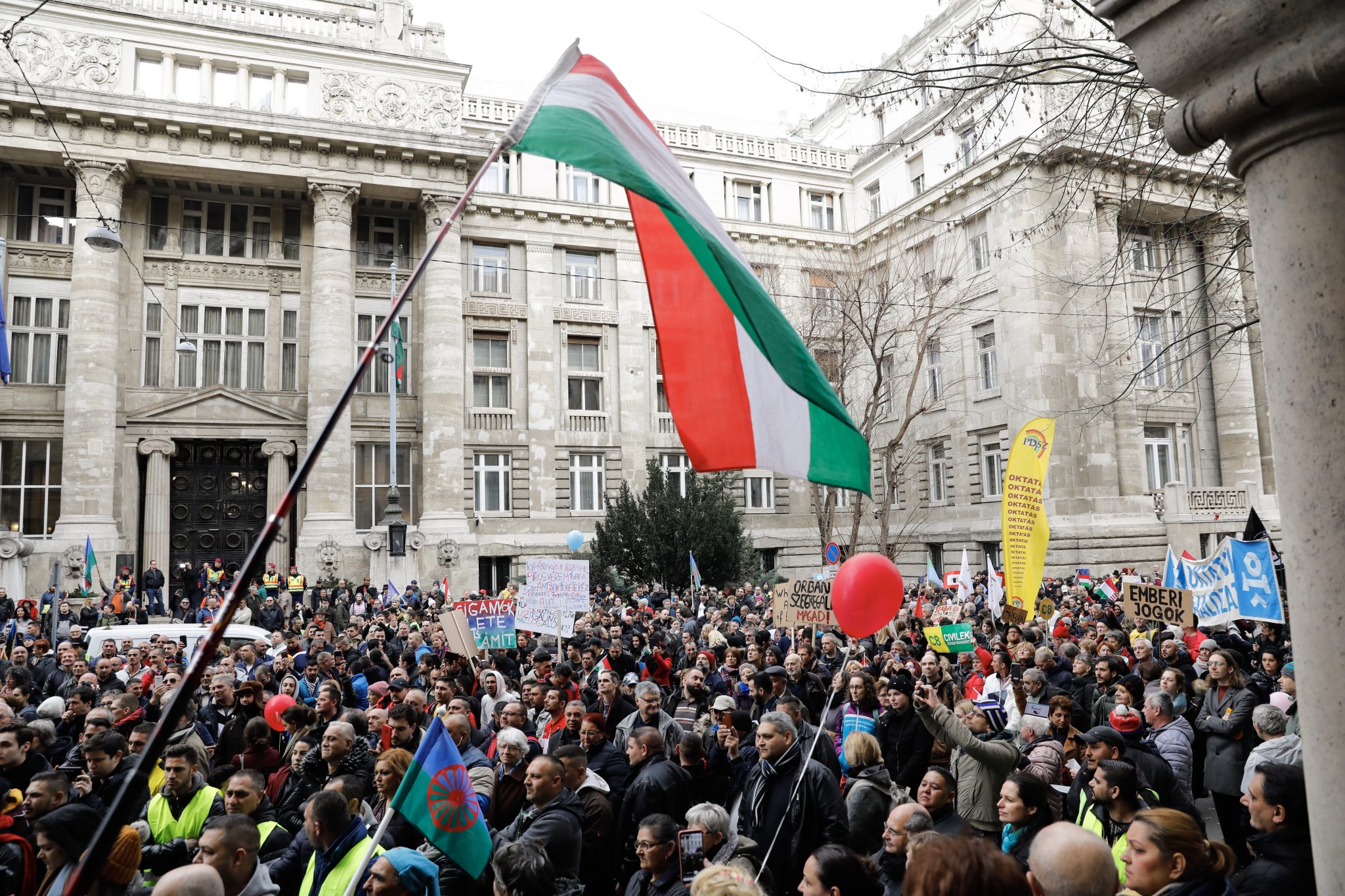 A demonstration for the interests of Roma people was held in Budapest on Sunday with the slogan “Free Court! Free Gyöngyöspata!” referring to a contested court ruling on compensation payment to segregated Roma pupils in the northern Hungarian village of Gyöngyöspata.

Gathering on a square near Nyugati railway station, the demonstrators moved to the building of Hungary’s supreme court Kúria where speakers demanded the independence of courts. Then they moved to Kossuth Square near Parliament under signs that read “Nobody stands above the law” and “National Roma Alliance”.

There were no signs referring to political parties but several anti-government signs were carried, as well as flags of the teachers union PDSZ, the Hungarian Network of Academics and the international left-wing organisation Antifaschistische Aktion. 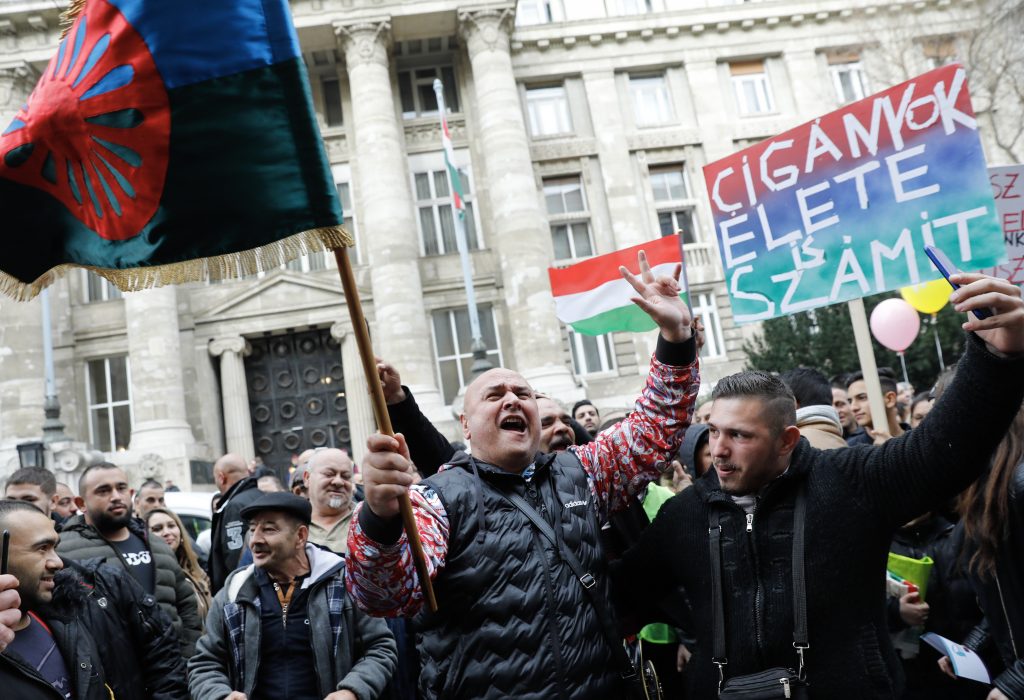 Addressing the demonstration, Jenő Setét, head of We Belong Here, said that the “events of recent weeks” concerning the Gyöngyöspata compensation issue were intolerable. He said that the “Roma communities came under the most severe attack of the past thirty years.”

Setét said that the government was inciting hatred in the interest of political gains and the Roma were used as an excuse for attacking courts. 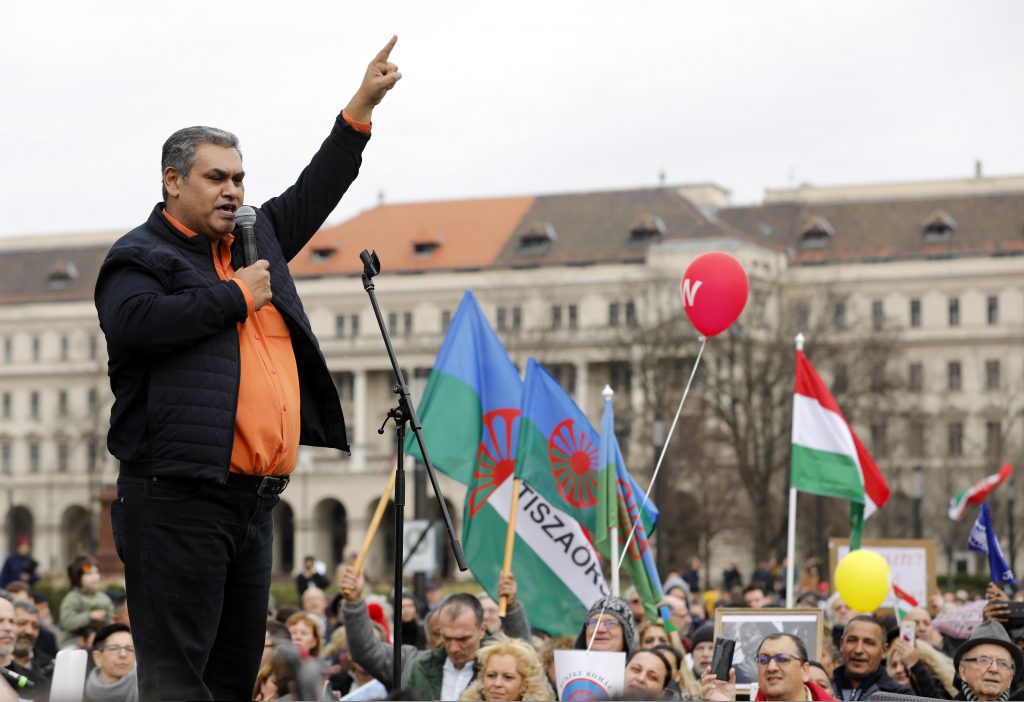 The victims of the 2009 Roma killings of Tatárszentgyörgy were also remembered.

The Debrecen Appeal Court in September 2019 ruled that Roma children in Gyöngyöspata were segregated unlawfully at school and their right to equal treatment was violated. The court required the local authority and the school district to pay compensation of 100 million forints (EUR 297.700) to the children’s families for each year spent in segregation. The local authority and the school district asked the Kúria to review the binding ruling last year. Meanwhile, Prime Minister Viktor Orbán stated that “I won’t pay … parents who allowed their children to go absent from school for 500 hours; and when [their children] did turn up, they behaved in a way that made teaching impossible,” adding that the government took the side of ‘decent people’.” The ruling parties have been trying to convince the segregated Roma children’s families to accept training courses instead of money as compensation.

Prime ministerial commissioner and ruling Fidesz regional representative László Horváth said in a Facebook message that the organisers of the demonstration “had exposed themselves” because fewer than a busload of people arrived for the demonstration from the village of Gyöngyöspata. “Some 98 percent of Gyöngyöspata residents said no to this political act,” he said.

It is clear that “organisations supported by [US billionaire] George Soros” do not want peaceful coexistence between Hungarians and Roma and their “recipe” is to incite conflict and “call the Roma in arms” against the majority society, Horváth added.

“The real aim of the Soros network is to push aside the anti-migration national government of Hungary and give way to its own left-liberal puppets,” he said.