„After Forty Years, Finally It Is Not ‘Lame’ To Deal with Folk Music” – Exclusive Interview With Ferenc Sebő

HungaryToday talked with Ferenc Sebő, a folk-musician who has been the recipient of the Kossuth Prize and Artist of the Nation Prize. He is a songwriter, folklorist and architect, as well as a guitar and hurdy-gurdy player; furthermore, he is one of the founders of the Hungarian “táncházmozgalom” (folklore-movement). In this interview, he discusses the current status of the folk music in Hungary, as well as the works of the Sebő Ensemble and the Felszállott a Páva (The Flying Peacock) Hungarian folk-talent show, in which he serves as one of the show’s judges.

To what extent can we call Felszállott a Páva/The Flying Peacock a continuation of Röpülj Páva/Fly Peacock! [a folk-talent show that ran for several years beginning in 1969 –the editor]? What kind of connection can we find between the two shows?

Of course, the present production walks in the footsteps of the old Röpülj Páva; and it is very similar to its predecessor in that neither the producers of Röpülj Páva (headed Miklós Lengyelfi) nor Felszállot a Páva’s producers thought it would be a successful show. The current “Páva” is the work of editor Júlia Balogh, who worked for years to make the show a reality. Fortunately, her hard work is reflected in the current show. 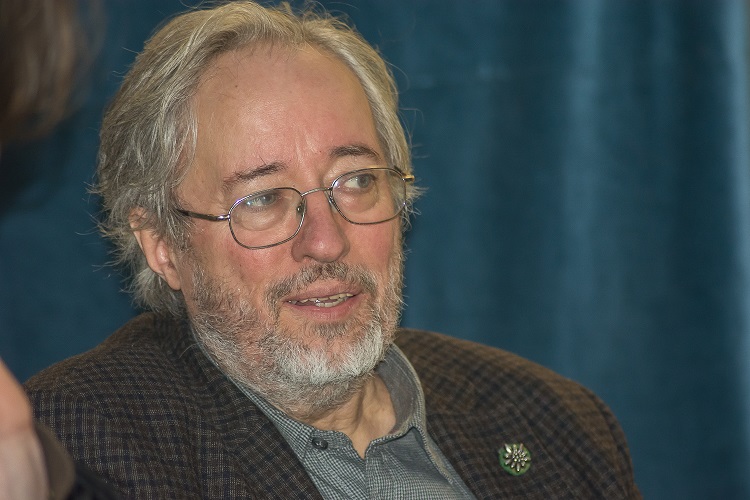 How do you measure the public and cultural achievements of the show? Can we speak about these things, and if so, can we discuss it in the same category as an X-Factor or Hungary’s Got Talent, the country’s most popular talent shows?

Well, as we can see the show runs with very high number of viewers, which provides affirmation to us who believed in this. We believed and we do believe that folk culture is interesting and watchable and worthy to present as it exists. For these reasons this artificially pushing of theatrical rivalry is an annoying thing for us because it forces us -the judges- to make pointless and unworthy comparisons. This desire for “blood,” for sensationalistic conflict at any price, may be the reason that producers focus on the loud backgrounds and blinding lights, instead of the gripping performances on the stage. This has displeased our viewers as well. I have some experience in producing, as I was a producer at Hungarian [State] Television almost for 15 years. When a director started began a discussion with what he would like to see in the background, then I knew the production itself (poem, song, dance, etc.) is totally meaningless to him… so I found another partner.

Consequently, do you feel Felszállott a Páva banal or over-worked, considering that your show is filled with shining and flashing just like an X-Faktor?

To attract attention, that sort of thing is totally ok. That applies to this genre as well. But I am sorry that when we have this wonderful movement, which hundred thousand of young people learn and take part in, which is ‘home-made,’ or rather ‘indigenous’ in origin, nobody thinks that we should perhaps avoid copying the worn-out western standards, that we could make our own design and style for it. On the broadcasts of the Hungarian Television there is not a minute of folk programs except for Felszállot a Páva. In any case, it is a great opportunity for the participants to “get on the screen”. Spectators also get in touch with this [folk-culture] thanks to the television… in this age when people only notice and believe what they see on the screen. 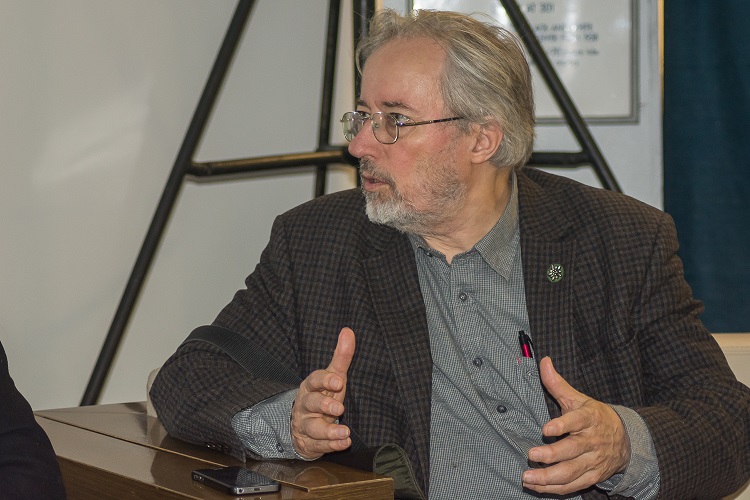 In light of the current situation, how do you view the days of Röpülj Páva? Wasn’t there this same kind of competitive attitude and desire for self-fulfillment?

Yes, it was a competition, but the content of the show and productions were totally different. In that time, there wasn’t real interest in folk music. For example, me myself, I entered the contest in secondary school as one of many guitar players, not as someone who was engaged in folk culture and/or a folk musician. Compared to this, the performers of Felszállott a Páva today are absolute experts if what they are doing. They are the third-generation of the “táncházmozgalom” [“dance-house” movement: folklore movement, folklore nights, with music & dances; “Táncház method” is a Hungarian model for the transmission of intangible cultural heritage on the list of UNESCO – the editor] so they are used to this art as their mother tongue.

So, can we say the sapling tree of the táncházmogalom (folk-movement) planted in the 70s is bearing fruit today?

Absolutely! The fact is that the milieu is changed, nowadays many people spend time by dancing or playing music, who approach folk culture without any serious goals (for example to perform in the Páva), they are involved just for fun. However, Felszállott a Páva is a great opportunity to show what they know. After forty years, finally it is not uncool or lame to deal with folk music. 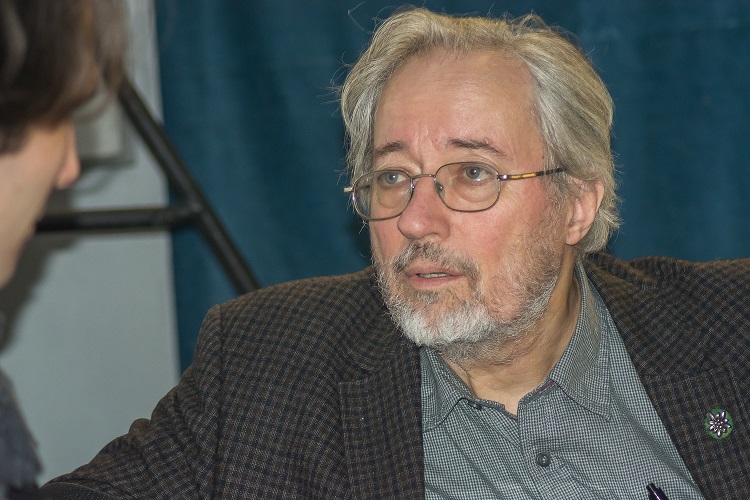 What do you think about merging musical styles into one another? Where is the border line between contemporary and traditional folk music? Let me to say an example. The iconic song Most múlik pontosan of Quimby (one of the most popular Hungarian alternative-rock bands) became one of the top hits of the Csík Zenekar (Hungarian folk-music band). What is it like to listen it?

Generally speaking, I think if we would understand folk music better, its culture, traditions and rules, then we would recognize the ways in which it has always worked in dialectical interactions. Accordingly, there were outside influences all the time that the “indigenous musicians” adopted if they could. Tunes, melodies that they could adopt, became the part of the music… something new but familiar are the same time. The way of folk music was something like this at all times; it wasn’t ever a monolithic Black Stone of the Kaaba, that Father Árpád [leader of the Hungarian migration to the Carpathian basin] brought with him under his saddle. Folk music was the constantly updated pop music of European ethnic groups, the common people. Academically, I would describe it as historical pop-music.

By the way, do you listen to pop-music? Who is your favorite?

Of course I did, but not so much nowadays. When I was a student I really appreciated the upcoming beat-musicians such as The Beatles, the Illés and Omega. We did our homework at the Budapest University of Technology and Economics while listening to their music. I don’t want to lie to you, I’m not a big concert-goer because we don’t have enough time for our own concerts either. 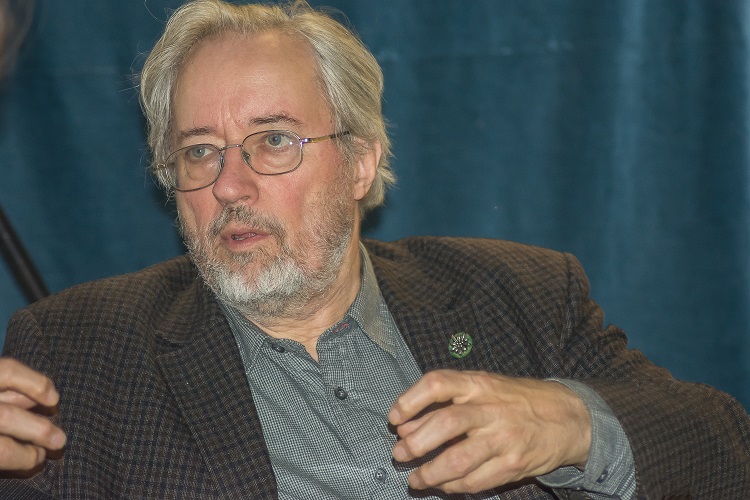 The Sebő Ensemble performed in many countries all over the world with folk-music and poem-covers. Which international stage has brought the greatest success?

We played mainly in Europe, but we have performed in Japan and Canada too. To tell the truth, we have had very nice audiences and great success everywhere. It worth knowing, that this “revolution” of interest in folk-music is not an exclusively Hungarian phenomenon: it has occurred world-wide. In the Scandinavian countries grass-roots folk-dance events became popular even before they did here in Hungary.

So, you didn’t go to perform for the Hungarian minorities there?

No, we didn’t. Mostly we visited the local national communities. I remember that, in Sweden there was a well-organized revival movement at the time. By the way, they didn’t understand the lyrics and the songs but this was not a problem for them. The language of music and dance is international, they really understood what it was about.

Have you ever made songs in English or any foreign language with the Sebő Ensemble?

We sing exclusively in Hungarian. I think it is impossible and sometimes it is not a good thing to transplant things into another language, one that is not is the original language of the song. Once, in Canada, a young man asked me where could he learn Hungarian. I responded: why do you want to learn Hungarian? He answered, he wants to understand the song of Galagonya (Sándor Weöres poem’s cover by the Sebő Ensemble). The music truly adds to the poem; it allows you to understand things that you otherwise could not. 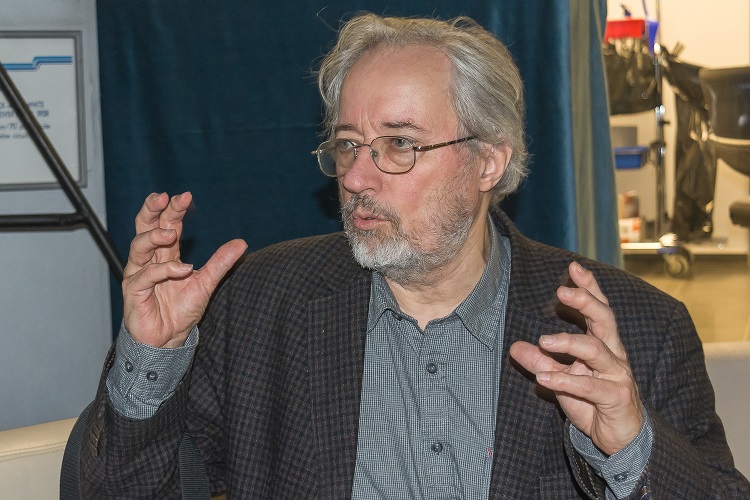 True, language is incapable of hindering musical communication. What do you think about the spreading táncházmozgalom (folklore movement) all around the world? For example, the táncház-találkozó (folker’s fair and reunion) annually organized in South-America, with thousands of participants…

When the táncház and this folklore-movement appeared, and grew, it started to spread around the world. I think the Hungarian “folkers” of South-America would like to keep in touch with their culture and it is a very good way to “live” your culture. For those, who do not have Hungarian roots and ancestors, the beauty and strength of the music and the dances is what pulls them in

What do you think, does folk music gets enough support in Hungary?

Yes, I think so from a societal point of view because the society shifted from this “what the hell is it?  disdainful attitude. The politicians always want votes, they take care of something if there is a social interest about it, if there is not they don’t. I have never taken much stock in what they have to say, and I do not intend to in the future, either. Support usually stays at the level of talk… it would be nice if, behind this great ‘nationalist pathos,’ this attitude could be seen in action. Long ago there was a folklore editorial group at the Hungarian Television. Now there is not. 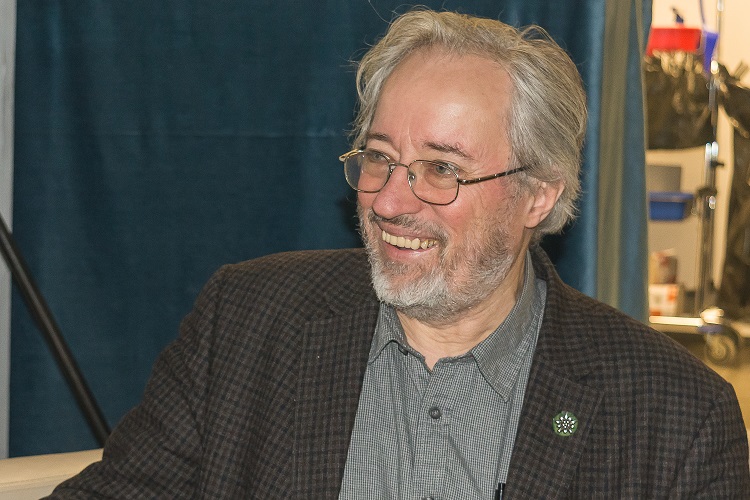 Finally, can I ask, what is your favorite song from the Sebő Ensemble?

I like the song Horatius: Lydiához very much, as I like metrical lined poems, and I think these things are uniquely Hungarian. In European poetry, only Hungarian, among all modern languages, is capable of this sort of poetry, and within the realm of contemporary literature it can only be found in Hungarian. Here in Hungary this became an artistic style that has survived to the present day, one that continues to thrive.

This weekend, the 38th National Táncház Festival and Fair (Táncháztalálkozó), a huge celebration of Hungarian folk dance, art, music and culture, will be held in the László Papp Sports Arena in Budapest.  From April 5th to the 7th, thousands of people can come together to celebrate and learn more about Hungarian culture, tradition, music, food, handicrafts and more. The […]
Fanni Kaszás 2019.04.04. 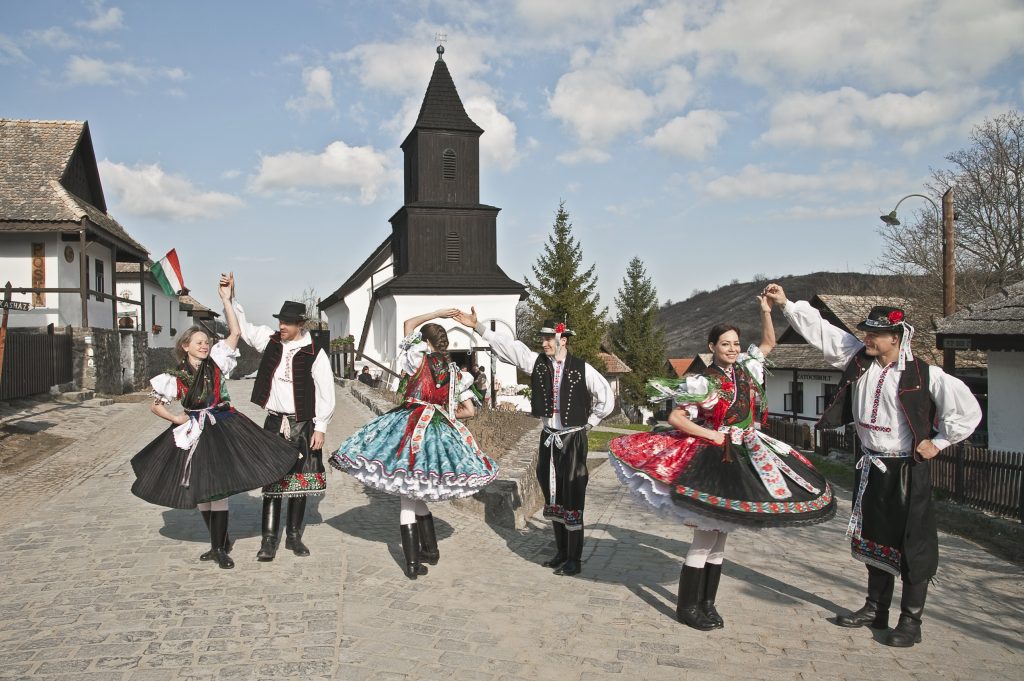 In our weekly Instagram compilation, we are exploring a Hungarian city every Friday, to show you the most beautiful places outside Budapest. This time, we are traveling to the hidden depths of Cserhát, where 380 inhabitants reside in the World Heritage village of Hollókő. This unique town is one of the last in Hungary, where traditions, […]
Fanni Kaszás 2018.09.14.