Former Trump Advisor Bannon: “Salvini and Orbán Are the Most Important Politicians in Europe Today” 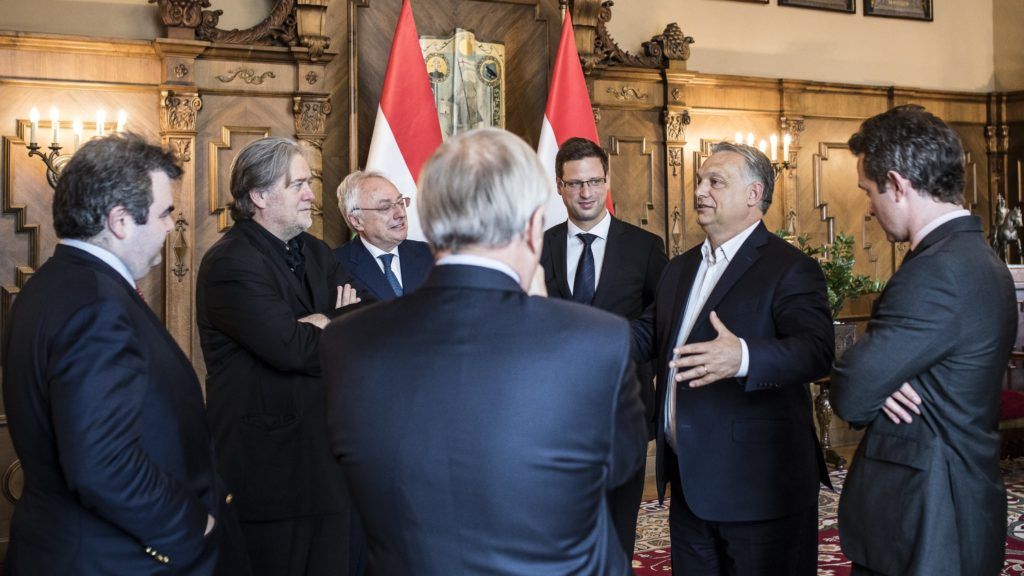 Spanish daily El País has published an interview with Donald Trump’s former chief strategist, Steve Bannon. The founder of the populist ‘The Movement’ discussed his unique relationship with Matteo Salvini and referred to him and Viktor Orbán as the two most important politicians in Europe.

Since resigning from his position as Trump’s advisor, Bannon has shifted his focus to Europe. Apparently, he has even helped with Fidesz’s EP campaign. He lives and works in Rome due to his current fascination with Italy and Matteo Salvini. Bannon was impressed by Salvini’s success in the last election and discussed his relationship with the politician. He reportedly speaks regularly with the leaders of the Lega Nord, Salvini’s party.

El País asked whether Salvini and Orbán have adopted some of Trump’s strategies. Bannon insists that Salvini is more populist than Trump, but the motivation is the same; everything is about sovereignty and being able to make decisions about one’s destiny. He thinks this is something Orbán, Bolsonaro, Salvini, Trump and even Le Pen (although she hasn’t been elected) share.

Bannon claims he has “never taken a cent” for his work because he has earned enough to focus completely on his movement. He also described how he worked on Bolsonaro’s campaign and ultimately aided in his victory at the elections.

On whether Salvini should be the leader of The Movement, a populist community registered in Brussels, Bannon said:

Who knows? No one knew Salvini two years ago. But yes, Salvini and Orbán would be the logical choice to lead The Movement.

Bannon also talked about the upcoming “decisive” EP election, claiming it will show in which direction the continent is heading. He strongly believes that populism will continue to push forward, possibly winning a third of the EP’s votes.