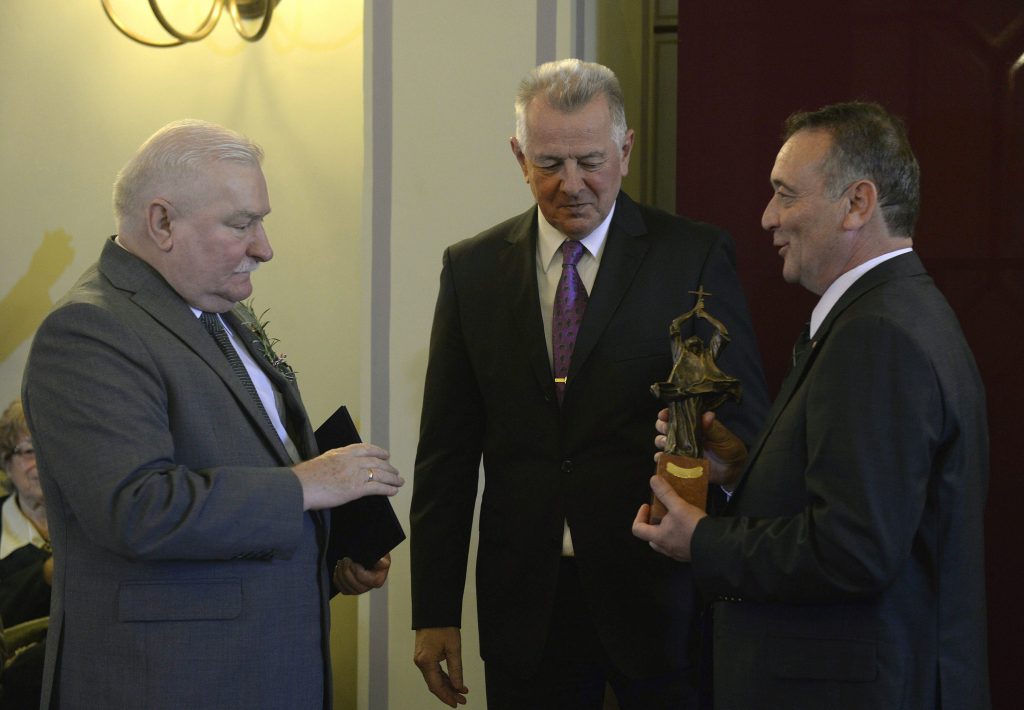 Walesa, accepting the award, said: “The opportunities that fate hands down should be made use of, since many nations fought for what we have in our hands: we are free, we live in a free Europe and we must make use of that freedom appropriately. In order to lead a country successfully in the third millennium, not only should individual countries be considered but larger structures should be, too.

Some issues are of a national nature and there are others whereby common solutions must be sought, otherwise solutions to challenges will not be found, he said.