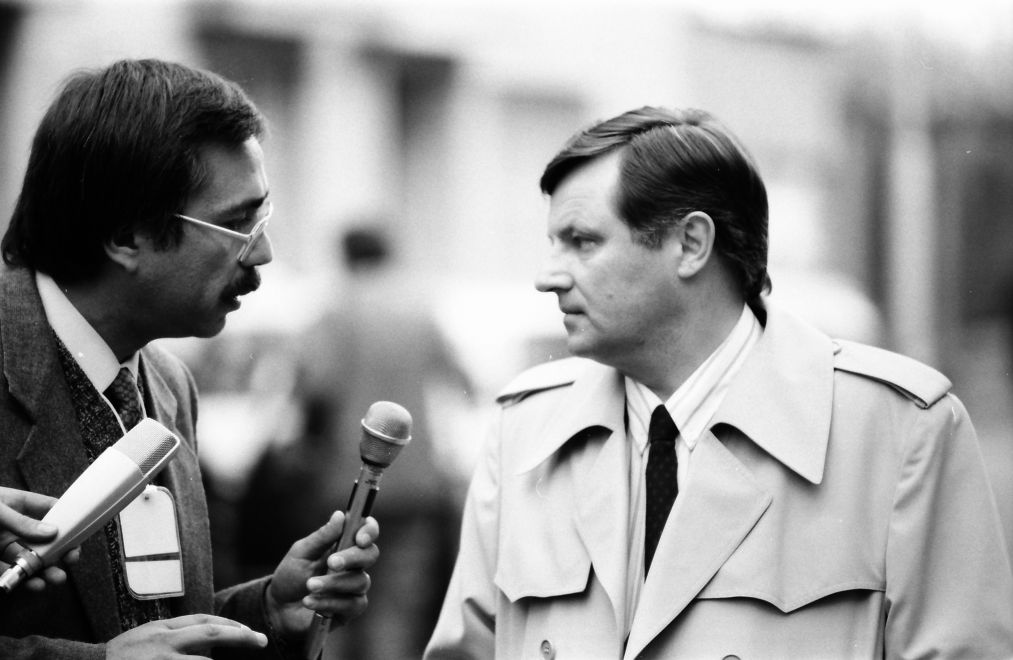 Former Hungarian prime minister Miklós Németh gave an interview to Magyar Hang talking about the fall of the Iron Curtain and of his role in it, as this year marks the 30th anniversary of the Pan-European Picnic. Németh, who was the last communist prime minister of Hungary and the first PM of the third Hungarian Republic before the free elections, saw his appointment as prime minister as an opportunity to create the conditions for the fundamental change needed in the communist country.

Talking about the events that occurred during the Pan-European Picnic, (hundreds of East German refugees fleeing to Austria through the Hungarian-Austrian border), Németh emphasized that this was not the key date, but the night of September 10th, as the government decree ordering the release of the East Germans to Austria came into effect at that time.

According to him, they were in secret negotiations at the time, and in August he signaled to West Germany that they were ready to open the border.  However, Chancellor Kohl asked them to issue the green signal only in September, as they wanted to prepare for receiving and supplying tens of thousands of their people.

About the suggestion that some consider Gyula Horn, the then Foreign Minister, one of the heroes of the opening of the border, as the picture showing him and his Austrian colleague Alois Mock cutting through the wire-fence went viral, Németh says to Magyar Hang that it’s ridiculous.

“Our goal, of course, was to get to the headlines in the world press, and we achieved it. As if that was all it takes. But it’s a joke. I even asked Gyula why he was bathing in this success as he was well aware of the work going on in the background.”

It is only due to memory politics that the socialist-liberal parties (MSZP-SZDSZ) celebrate June 27th, when Mock and Horn cut the wire, while the right-wing insists to commemorate the picnic in which they also took part.”

At one point, before Christmas 1988, Németh even considered resigning after he learned that Soviet nuclear missiles in Hungary were targeting France and Italy, while the government officially denied their existence to the West. “I decided to get the budget across and then I’d resign.”

East and West Met 30 Years Ago at Sopron

Later in March, the former PM went to see Gorbachev to discuss many important matters. Amongst them, the problem of nuclear weapons, and the presence of roughly 100,000 Soviet soldiers in Hungary.

In a recent interview with AFP, Németh told the story about his meeting with the Soviet leader. After informing him that Hungary would organize multi-party elections and that they would also demolish the fence at the Austrian-Hungarian border, Németh asked Gorbachev: “What would you do Mikhail, if the elections in Hungary lead to a new government that won’t sympathize with you at all?” Mikhail tapped on his armchair and responded: “As long as you see me in this chair, 1956 will never happen again.”

Miklós Németh considers it a great accomplishment that the martyrs of ’56 were rehabilitated and reburied peacefully and with dignity.

In the featured photo Prime Minister Miklós Németh (right), giving an interview on the day of the first free parliamentary elections after the regime change on 25 March 1990. Photo via Fortepan/Zsolt Szigetváry.