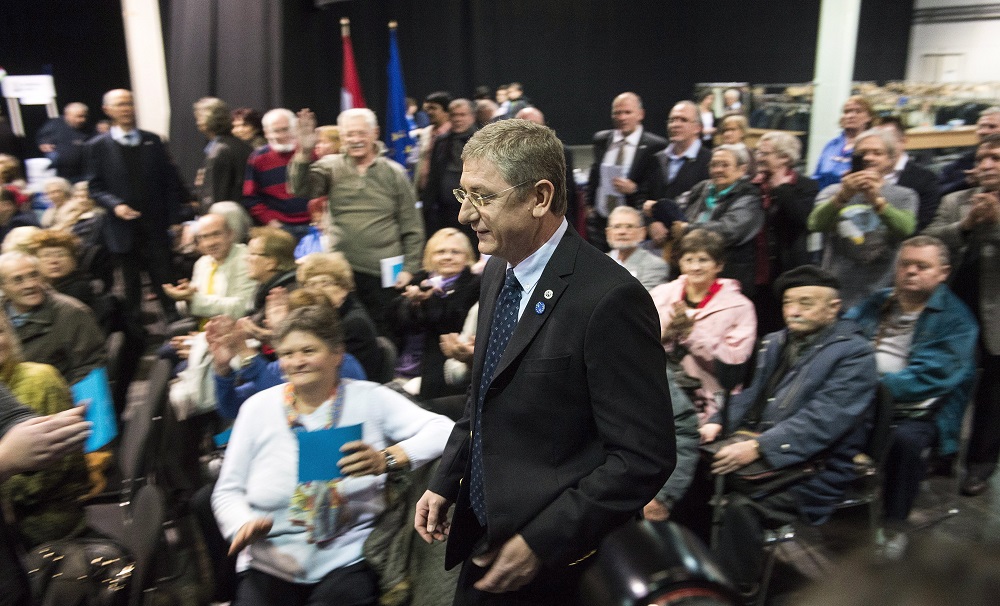 The civil movements that have organised anti-government protests in recent weeks and the opposition parties should aim to have early elections held in 2016, halfway through the parliamentary cycle, opposition Democratic Coalition (DK) leader and former Socialist PM Ferenc Gyurcsány said on the weekend. Gyurcsány told the leftist party conference in Budapest that these movements and parties should do everything in their power to force the government to hold early elections and not allow them to complete the current four-year parliamentary cycle. At the same time, Gyurcsány rejected the use of violent means and all suggestions of a revolution or popular uprising.

Overthrowing the system and the government is only the means, he said, because the final goal is to create a new republic. The new Hungary needs a new constitution and a new republic, but it is probably not possible to return to the solutions of 1989-90, Gyurcsány said. He said the possibility of direct democratic participation should be strengthened, and the freedom of the prosecutor’s office, the courts and the media should be restored. The governing Fidesz party said in reaction that Gyurcsány is telling lies again because, having first pretended that he had nothing to do with the recent demonstrations, he has now admitted that “it is actually the left-wing that stands behind the movements.”

Gyurcsány’s party also criticizes the government over next year’s budget bill.  A proposal to lift the prohibition of public funds to support cabinet members and their families and political party affiliated organisations is tantamount to “naked robbery”, Ágnes Vadai deputy leader of the leftist DK said. In light of “government-level corruption and legalised robbery” people should be given an opportunity to say no to “scandalous” government policies as soon as possible. Once a new government is set up, those “who abuse their office and steal from the taxpayer” will have to stand before “reorganised and independent law courts”, Vadai insisted. Currently DK has four lawmakers in the Hungarian Parliament and two MEPs in Brussels.