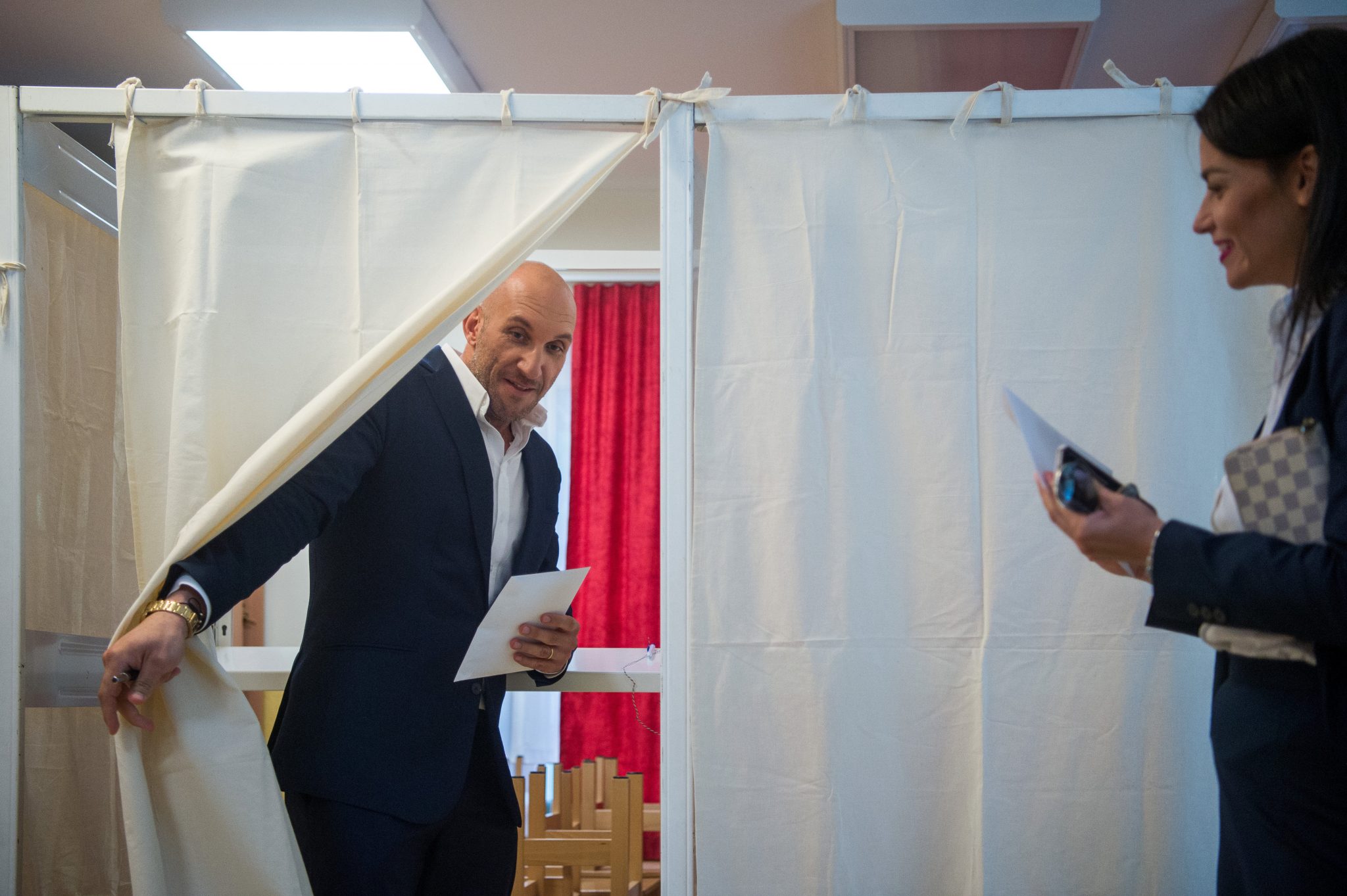 The prosecution offered 2.5 years of jailtime for reality star and former Budapest mayoral candidate Krisztián Berki after his road rage incident three years ago, which resulted in a collision with a public transport bus in Budapest. Meanwhile, police are examining a similar video involving a similar-looking man.

Although the incident dates back three years, Berki’s name as the case’s defendant made it to the public only a few days ago when the prosecution made the charges and the video public. He is accused of reckless endangerment and vandalism causing significant damage. In addition to the suspension of certain liberties and having his driver’s license revoked, the prosecutor’s office offered 2.5 years jail time in case Berki pleads guilty and waives his right to a trial. If not, these charges have an upper limit of 7.5 years.

According to the charges, a bus was ahead of Berki and slowed down when it neared a stop sign. However, in the absence of passengers wanting to get on or off, it didn’t stop. Despite a sign indicating no passing, Berki still aimed to overtake the bus, which he eventually failed to do. Both him and the bus driver honked at each other. Berki then exceeded the speed limit, overtook the bus, began excessively braking, and finally stopped in front of the bus. Despite using the emergency brake, the bus driver couldn’t avoid the crash.

Although many passengers fell out of their seats, the crash caused no personal injury. It however did result in HUF 2.5 million (EUR 6,820) in damages to the bus, and HUF 14 million (EUR 38,200) to Berki’s Bentley.

Berki, however, denies being at fault and blames the bus driver’s negligence and failure to stop for the crash.

This is not the first time the former football goalie and controversial Ferencváros leader has faced the law. Previously, he received a suspended jail sentence because of tax fraud and fell under a similar suspicion in his aforementioned role at Hungary’s most popular football club. In addition, the reality television personality also ran for the mayoral seat in 2019, although it was a bit of a surprise that he managed to collect twice as many signatures as needed, after he and his supposed camp were hardly seen campaigning on Budapest streets. Another candidate, Róbert Puzsér, accused him of playing according to the governing parties’ playbook (by snatching votes from the opposition-backed candidates) in exchange for his ‘immunity’ which is partly backed by Berki receiving significantly fewer votes in the election than how many supported his candidacy.

What is more, this might not be all for the reality star. Soon after these most recent charges were made public, it was revealed that the police were examining another video recording. In the video published last summer, a man on a scooter supposedly brake-checked a car. Although his face is blurred out, the man certainly resembles Berki, and he is also known to be fond of scooters, leading many to believe that he might be the one in the video. Berki, however, denies his involvement, saying he spent that summer in Cyprus.

featured image: Berki at the 2019 municipal elections; via Zoltán Balogh/MTI