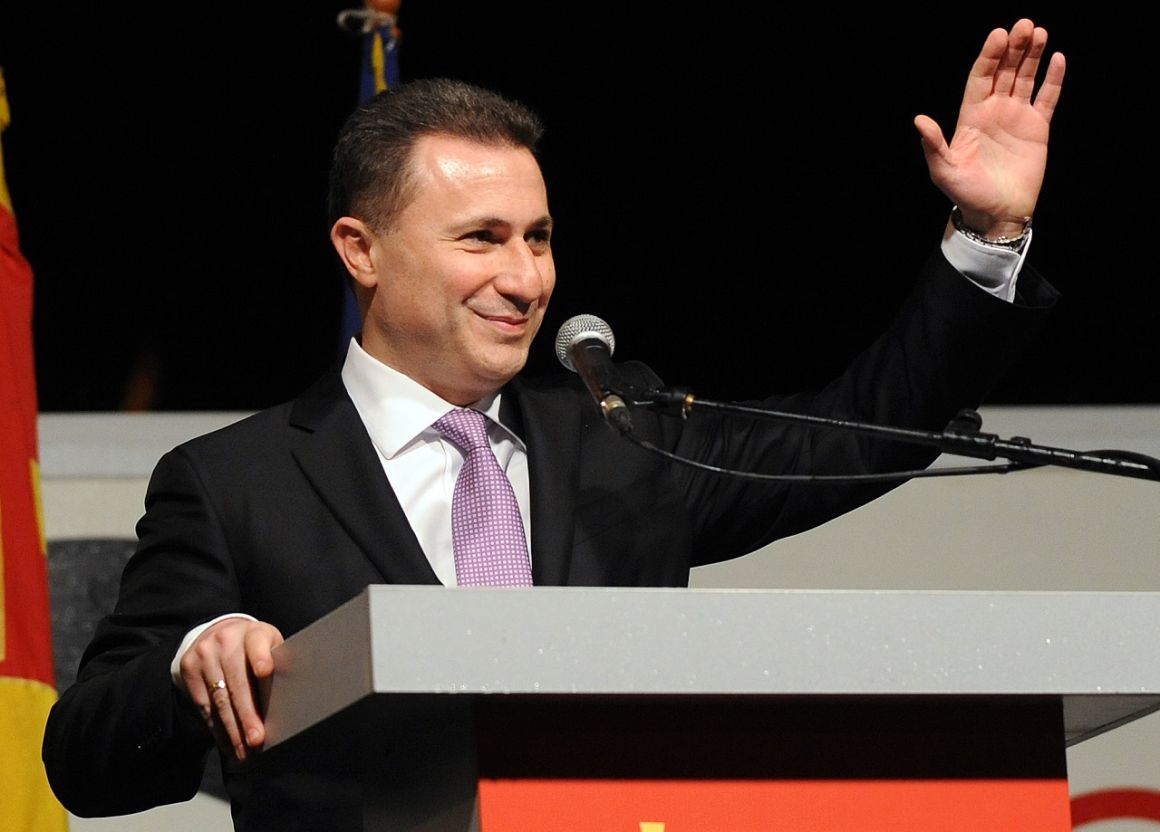 As we previously reported, former Prime Minister of Macedonia Nikola Gruevski has fled to Budapest to seek political asylum after failing to show up to begin a two-year prison sentence for corruption.

Police began searching for him on Monday after he failed to show up to begin his prison sentence for abuse of office. In the first of five cases against the former leader, a court in Skopje found he had unlawfully influenced officials over the purchase of a luxury bulletproof Mercedes Benz worth 600,000 euros (HUF 194 million) in 2012. When he failed to show up to begin serving his term, Macedonian prosecutors issued a warrant for his arrest.

In a Facebook post on Tuesday, Gruevski announced he was in Budapest and had requested political asylum, adding he had received “countless threats” in previous days. As of Wednesday, the Hungarian foreign ministry said it cannot comment on individual applications and asylum procedures, but Macedonian authorities have confirmed that the former PM was in the Hungarian capital.

However, many questions remain about how Gruevski made it to Hungary. The ex-minister reportedly did not exit Macedonia by plane or “through a legal border crossing,” as according to Financial Times, Gruevski’s passport was confiscated last year by Macedonian authorities. Hungarian tabloid Blikk alleged that the ex-Prime Minister entered Hungary by wearing women’s clothes citing Macedonian sources.

Earlier, the Helsinki Committee also pointed out that according to Hungary’s asylum policy, he should wait in a transit zone without his documents. Asylum law expert Márta Padavi said: “Under the normal rules, it is unlikely that a Macedonian citizen, an individual fleeing a two-year prison sentence for a non-political crime, would get asylum in Hungary because he is coming from a safe country of origin.”

Judith Sargentini also argued that if Hungary adheres to its own rules, then Gruevski should apply for asylum from the detention center instead of having the opportunity to find out if there is “a VIP-asylum procedure possible in Budapest.”

The next question is: will the Hungarian authorities stick to their rules and send Gruevski to apply for asylum from the detention centre or will they dismiss his claim as he fled from a –  according to them – safe country? Or non of the above? Stay tuned! https://t.co/bYmxsOcp2o

Given that he was Prime Minister of his country for ten years, for security reasons the Hungarian authorities have allowed Mr. Gruevski to have his asylum request submitted and heard.

They went on to state that the Immigration Office will conduct the procedure in accordance with both Hungarian and international laws:

The Macedonian government of the day is a partner of Hungary in interstate relations, and therefore we in no way wish to intervene in the internal affairs of sovereign countries, and we consider the assessment of the former Macedonian Prime Minister’s asylum request to be solely a legal issue.

News outlets have several suspicions about where he is staying. Macedonian 1TV claims the ex-Prime Minister stayed at Budapest’s Corinthia Hotel on the first night before relocating to Prime Minister Orbán’s house. However, Bertalan Havasi press chief at the Prime Minister’s Office said that this is a false report: “Prime Minister Orbán went home yesterday and only met with two ladies at the house—Flóra and Róza—and no one else, so the news is a hoax.”

After Gruevski fled the country, Macedonian authorities detained the country’s former transport minister Mile Janakieski and the former government secretary-general Kiril Bozinovski for 30 days, citing a danger of them also fleeing the country.