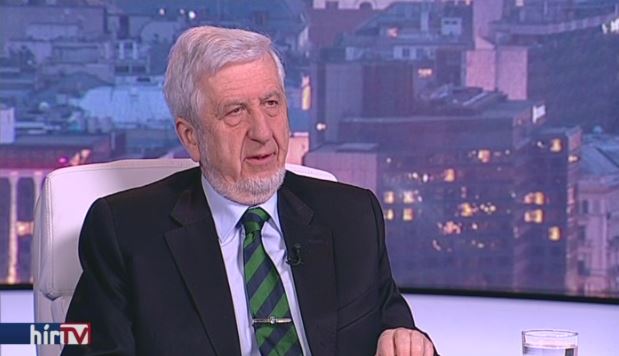 Hungary is the single member state of the European Union, which is desperately “engaged in war” with Brussels, according to Géza Jeszenszky, the former Foreign Minister of Hungary, who submitted the country’s request to join the EU back in 1994. The former Hungarian Ambassador to USA and Norway said Prime Minister Viktor Orbán could pursue such antagonistic rhetoric toward the West, because he knew Brussels would not kick Hungary out of the community.

The biggest problem is that while most of the Hungarians live on a very low level in terms of personal income, and the Orbán government provides them with “imaginary foes”, other countries in the Central and Eastern European region rather make progress instead of “conjuring up enemies”, Jeszenszky said in an interview with news television HírTV. “PM Orbán deliberately misleads the public, however, the point would be to approach the Western standards of living”, he added. The Hungarian government’s current anti-West rhetoric serves its interests in domestic politics, but more and more Hungarians recognize that “friends should not be looked for in the East”, according to Jeszenszky.

Although Jeszenszky is convinced Hungary will not be excluded from the European Union, he can imagine the radical cutback of the financial support Hungary receives from the EU. “It is a real danger that as a result of the several infringement procedures at the end Hungary will loose significant EU funds, which has maintained or slightly improved our standard of living in recent years”, he said. Commenting on Russia, the former Foreign Minister said he never considered himself anti-Russian, however, the way of current Russian politics reminds him of “tsarist and stalinist times”. The Russia-backed upgrade of Hungary’s nuclear power plant in Paks increases the country’s dependence from Russia even more than in the case of gas and oil imports, he insisted.